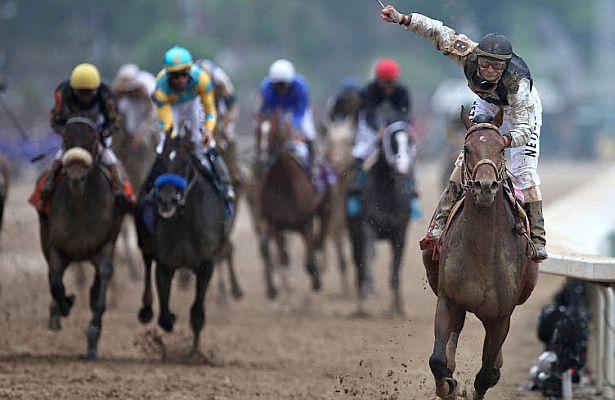 Calvin Borel announced his retirement early this week. The news came as a bit of a surprise, but maybe it shouldn’t have. The 49-year-old Louisiana native has been doing this a long time, and was never one to give his career as a jockey anything less than 100%. One of the more well-liked and respected jockeys in the nation, Borel rose from relative obscurity of the bush tracks in Cajun Country, to riding for his brother, to finally becoming the most recognizable rider in the sport. It was his great success on the biggest stage of American racing that thrust the regular guy from Southern Louisiana to mega-fame. His three Kentucky Derby victories in a span of just four years sets him apart from any other jockey in the history of the race. As the regular rider of Rachel Alexandra, which came in the middle of his Derby success, Borel became the face of the sport, and he did so with a child-like enthusiasm and a seldom dimming smile on his face. When looking back at the highlights of his career, you can see why the summer of 2006 through the spring of 2010 was such a magical time to be Calvin Borel. Without further ado let's roll with the Greatest Hits of Calvin Borel ...

As a big Rachel Alexandra fan, you better believe his rides on her top my favorite Calvin Borel moments. With a twirl of Calvin's whip at Monmouth Park, she was gone goodbye against the best 3yo male of 2009.

With many of his rides on Rachel Alexandra, Borel had to little more than not fall of, but this absolute runaway in the Kentucky Oaks remains one of my favorite races. Goosebumps, my friends ... Goosebumps.

Selecting to ride a filly over the Kentucky Derby winner in the Preakness? It was unheard of, but that's exactly what the fearless Borel did. He made the right choice.

It wasn't all about Rachel, though. Remember Street Sense? Sure you do. He was one of the best in a fantastic crop of 2007, and his Derby was a real beauty.

Still the only horse to win the Breeders' Cup Juvenile and Kentucky Derby double, this 2006 victory aboard Street Sense was vintage Borel up the bo-rail, and one of the champion horse's best performances.

Who would have seen this coming? We know Tom Durkin didn't (I love you Tom!) Mine That Bird won for fun, but without Borel's ability to save ground on the rail, who knows if the 50 to 1 story ever would have gotten the greenlight.

You can call him Calvin, or you can call him Mr. Kentucky Derby after the 2010 edition won by Super Saver. Three times in the Derby winner's circle will forever be a hard act to follow, and once again, it was Borel up the bo-rail.

While Street Sense was the first true superstar for Borel, who can ever forget his ride earlier that summer aboard Seek Gold? 90-1 in the Stephen Foster, and nowhere to be seen at the head of the stretch, this time Borel and mount took the overland route.