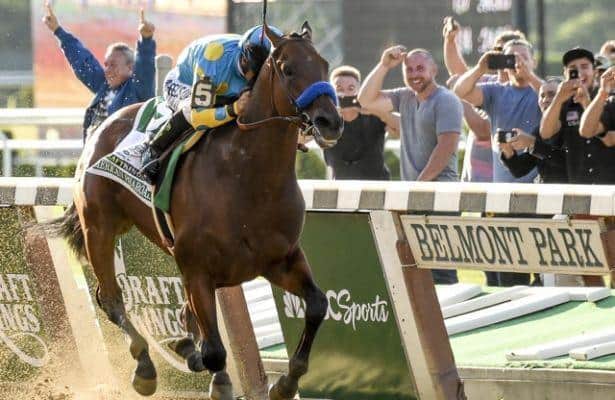 But … American Pharoah won the Grand Slam, and Serena Williams did not.

Once again, Thoroughbred horse racing has been denied by mainstream sports media. I am disappointed to announce Triple Crown and Grand Slam Champion American Pharoah has not been named Sports Illustrated’s Sportsman of the Year Award for 2015. Instead the award went to tennis star, Serena Williams. Despite an overwhelming victory in the fan vote by American Pharoah, maybe this sad announcement should come as no real surprise.

Prior to American Pharoah’s amazing season of 2015, and since the award began in 1954, no thoroughbred horse had ever won the honor. Not Secretariat, not Seattle Slew, not Affirmed. The only time horse racing was recognized with the SI Sportsman of the Year Award came in 1977, when the “Kid” won it. The seventeen-year-old  Steve Cauthen won the coveted award after finishing the year as the leading jockey in the nation and the Eclipse Award winner. He won 467 races and became the first jockey to amass purses of over $6,000,000. Of course, the following year he would win the Triple Crown with Affirmed.

I wonder what the writers of Sports Illustrated that cover horse racing are thinking right now.

When the nominees were announced for the Sportsman of the Year, it seemed to be another winnable race for American Pharoah, who was in with a star-studded list of the most successful sports people of the calendar year: Simone Biles, Usain Bolt, Stephen Curry, Thomas Davis, Novak Djokovic, the Kansas City Royals, Carli Lloyd, Lionel Messi, Ronda Rousey, Jordan Spieth, and Serena Williams.

Serena Williams won three-fourths of the tennis Grand Slam this year, but making the decision a little more puzzling, is the fact that within her own sport, her male counterpart, Novak Djokovic, actually came closer to winning the Grand Slam with three victories, and a loss in the French Open finals.

Or perhaps, the decision to ignore the fans had nothing to do with sports at all. Perhaps the editors of Sports Illustrated had made their final choice of the award winner long before the site put it up for the fans to vote. Maybe supporters of American Pharoah made the decision rather difficult for them by running away with the fan voting. But then again, maybe not.

Sports Illustrated, your agenda is showing.