A fond memory of Atlantic City 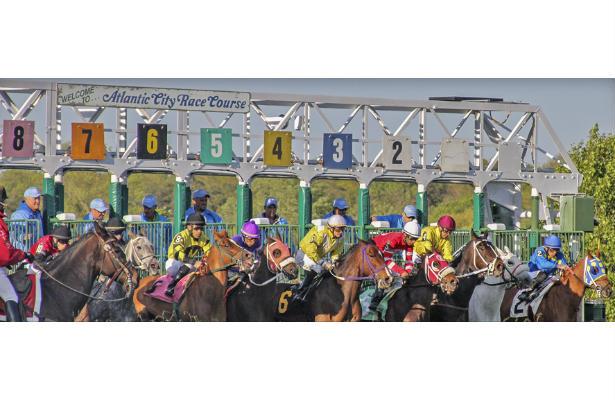 The news today that Atlantic City Race Course was officially and finally closing hit me like a ton of bricks. I saw a lot of very good horses run at the South Jersey track back in the day, and I’m very sorry to see that this is the end of the line. I felt regret that I never made it back in recent years to visit during one of their boutique meets. More than that, though, wonderful memories of one of my favorite tracks came flooding back. I saw numerous classy turf horses run there in races like the United Nations, and the Matchmaker, but it was one special Jersey Derby that stands out the most.

Five Star Flight was a talented young horse that I first saw as a juvenile at the Meadowlands. His speed and ability made me an instant fan. I remember being geeked up for an early showdown with the previous year’s juvenile champion, Lord Avie, in the Florida Derby. It was no showdown at all, as Lord Avie won big that day, while Five Star Flight struggled home in 9th with an injured ankle. Ben Perkins had him back to the races less than three months later, and my love for the colt was about to hit a fever pitch.

Five Star Flight’s first race after the injury came in a 6 furlong allowance race at Monmouth Park. One minute and eight seconds after the race began, it was clear that Five Star Flight was still a horse on a path for stardom. Next came one of the greatest allowance race matchups I have ever seen as Five Star Flight and Noble Nashua ding-donged all the way down the Belmont stretch. 1:21 and change was the final time for the seven furlongs as Noble Nashua defended his home turf by a short head over Five Star Flight. Noble Nashua loved Belmont and went on to impressive scores in the Dwyer, Jerome, and Marlboro Cup over the same surface later in the season. I remember being a disappointed fan, but bigger things were soon to come.

Mays Landing, New Jersey was a bit of a hike for us, but my Dad was just as horse crazy as his son, so we made plenty of trips down to A.C., as we called it, for numerous important races, especially as I got a little older. The 1981 Jersey Derby, featuring none other than Five Star Flight, had an earlier than usual post time, so it was only natural for that evening to be one of my first trips to the track first opened in 1946. After the long drive, we hopped on the tram, and I enjoyed the track as I patiently waited for Five Star Flight to tackle his second attempt at two-turns.

I would not be disappointed. The son of Top Command, piloted by Craig Perret, broke a step slow, but soon joined an early battle with Willow Hour (a soon to be Travers winner) and Master Tommy. He put them away on the far turn and braced for a challenge from the classy race favorite, Tap Shoes. The challenge would never threaten, as Five Star Flight galloped to the wire three lengths clear, while I cheered from the rail. The evening at Atlantic City Race Course was nothing but perfect for this 12-year-old race fan. To this day, I still remember it well.

34 years later, I also remember his next race very clearly. He controlled the Haskell Invitational from gate to wire to easily defeat the champion Lord Avie at Monmouth Park. Five Star Flight went on to win 7-of-12 in his injury plagued career, including a victory in the Grade 2 San Pasqual to close his career, but it was those two races in the Summer of 1981 that this impressionable young race fan, now a forty something race fan, will never forget. The first of which, was one evening at Atlantic City, which turned out to be my most memorable, of many memorable trips to the great old track. Farewell A.C., thanks for all the good times.