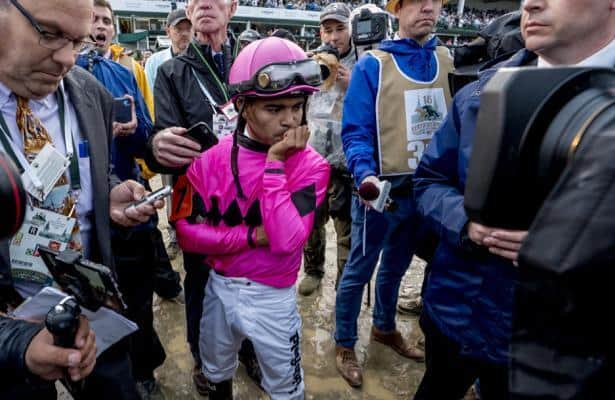 It never ceases to amaze me anymore how quickly some skeptics jump to judgment and criticism. How fast some self-annointed “experts” find fault and cast blame. How rapidly some people — in any profession — claim to have both the experience and the insight to judge others.

Such was the case on Monday.

Only seconds after the Kentucky Racing Commission announced Maximum Security jockey Luis Saez's 15-race day suspension for his involvement in the highly controversial and nearly catastrophic incident in the 145th Kentucky Derby, the locusts descended.

There was former trainer and TVG host Nick J. Hines, aka Sarge, who went on Twitter and called the penalty “preposterous,” and later, “egregious.”

There was Gary Stevens, who I truly think may be one of the best riders in the history of the sport, but who I disagree mightily with on this subject matter. He didn’t take long to get a leg up in this continuing debate. When someone wrote that Saez’s ride on Maximum Security was “despicable,” Stevens responded with: “Obviously you never rode a horse at 40 mph. Tough to correct in :04 seconds. Cmon man. Wake (up). Don’t call that kid despicable on my twitter page.”

There was John Clay — columnist for the Lexington Herald-Leader — who wrote: “I’m on record as believing the stewards made the right decision on Derby day, but coming down so hard on Saez doesn’t seem quite fair given the circumstances involved.”

There was even John G. Dooley, the track announcer at the Fair Grounds which is, ironically enough, owned by Churchill Downs. He wrote: “Definitely seems a harsh ruling to give Luis Saez 15 days suspension for the historic DQ on Maximum Security.”

All this sampling, mind you, is just the tip of the proverbial iceberg.

Dip your boot toe into social media cesspool? Just an inch or two, and you would be inundated with comments, ideas, suggestions and ridicule.

The vast majority of the comments that I saw and read ridiculed the Kentucky Racing Commission and its ruling. The critics are calling for justice.

Opinion is one thing, folks. It’s what makes the world go 'round, especially in the horse racing business. Ever thought what may happen to the pari-mutuel pools if we all agreed on and bet the same horse?

And if I was part of the deciding panel for this punishment? It would have been a day of reckoning.

I think the guy rode recklessly, dangerously and put both horses and riders in serious jeopardy of bodily injury. Possibly, worse.

I think Saez, whether intentionally or not — which per the rules does not matter — allowed his mount to swerve into the paths of others, creating a moment of both panic and mayhem. How other riders and horses managed to stay upright and afoot is an act of God, and a tribute to the athleticism of the other horses and riders involved.

Saez nearly wiped out 25% of the Kentucky Derby field, and he certainly compromised those riders and horses and completely eliminated any chance they had to win the race. Survival became the immediate concern.

I think the guy earned and now deserves a precedent-setting penalty.

He should accept it, and he should change.

You now know my opinion.

Let me give you a little reason(s) behind it.

Did you know that Luis Saez has now received six suspensions in the last eight months? Five of them are for “careless riding.”

There are mentions of allowing his horse to “drift,” and not keep a “straight path.” Sound familiar?

Most of them should have sent an alarm. Yet, I guess, all of them did not.

1) On Feb. 3, 2019, the Daily Racing Form's Marty McGee tweeted that Saez was handed out a five-day suspension for a ride on Blakey in Race 6 the previous day. That suspension came on the heels of another five-day suspension that the Gulfstream/Florida stewards issued him the week beforehand.

2) On Dec. 6, 2018, the New York Racing and Wagering Board issued a 10-calendar day suspension for careless riding for an infraction that occurred in the fourth race at Aqueduct on Nov. 30. In the report, the stewards noted that Saez failed “…to maintain a straight course and drifted out without proper clearance with his mount inside the 1/16th pole.”

3) On Nov. 4, 2018, the New York Racing and Wagering Board issued a $500 fine to Saez for misuse of the riding crop during the running of the first race at Belmont Park on Oct. 26, 2018. According to the ruling, Saez struck his mount more than 5 times consecutively.

4) On Sept. 1, 2018, the New York Racing and Wagering Board suspended Saez five NYRA racing days for careless riding in the first race at Belmont Park on May 10, 2018. According to the ruling, Saez failed to maintain a straight path in the vicinity of the 1/16th pole. The report states “This after having been previously warned.”

5) On May 9, 2018, the New York Racing and Wagering Board suspended Saez five NYRA racing days for careless riding in a race at Belmont Park on April 28. According to the report, he failed to maintain a straight line.

6) On April 11, 2018, the New York Racing and Wagering Board suspended Saez five NYRA racing days for careless riding at Belmont Park on Oct. 12, 2017. According to the report, he failed to maintain a straight course. The report went on to read: “…and this having been previously warned to maintain a straight course when riding and that safety of the horses and riders are paramount.”

Can you just imagine any other major sports league where one individual has this many major infractions and is still eligible to play after just 15 days on the bench?

How can you defend this line of consistent behavior?

I have watched the replay of the Kentucky Derby now more than 100 times, and from most of the angles that have been presented.

I have seen social media arguments from Gary Stevens that the horse — Maximum Security — spooked due to some mysterious “flashing light,” and then veered because of a photographer located at the 1/4-pole.

I have seen people contend that the horse is still young, and immature, and the rider cannot be blamed for the radical behavior.

When the jockey takes the mount, and the leg up to straddle the horse, he takes responsibility to handle that animal professionally, meticulously, carefully and safely. That’s the rider’s job.

Just as the trainer has the “absolute responsibility” to ensure that his horse has been treated in accordance with all of the rules that govern the sport in that particular state. That’s the trainer’s job.

If the rider can’t handle it, then they can’t ride. Especially not in the Kentucky Derby — with 19 other horses in the midst.

If the rider fails to do so? Then the stewards and the Racing Commission must issue penalties and sanctions accordingly. That’s the job of the stewards.

On Monday, the stewards and the Kentucky Racing Commission issued their ruling: 15 days to think about these actions. Or he can hire another attorney, cry foul and claim that he is the one being punished for no fault of his own.

A penalty sends a strong edict to Saez. A penalty states that the sport has had enough of these kind of riding tactics and antics — from him and others, collectively. And, that the industry — as a whole — will not condone or accept any more from a consistent repeat offender.

Saez's camp is correct about one thing: The punishment may not be just.

It could have been bigger.

» Horse: Maximum Security
Meet Gene McLean
The Pressbox is your source for news, handicapping and interviews with the industry's biggest stars. Gene McLean is the Founder of The Pressbox and The Louisville Thoroughbred Society. No one in this industry has more talent in reviewing, forecasting and handicapping.
• Latest News From The Pressbox
• The Pressbox Podcast
• This Week's Handicapping
• Breeding Updates 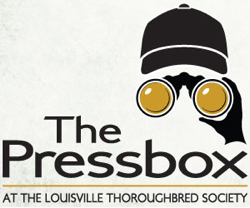