How far will they go? Analyzing Saratoga maiden winners 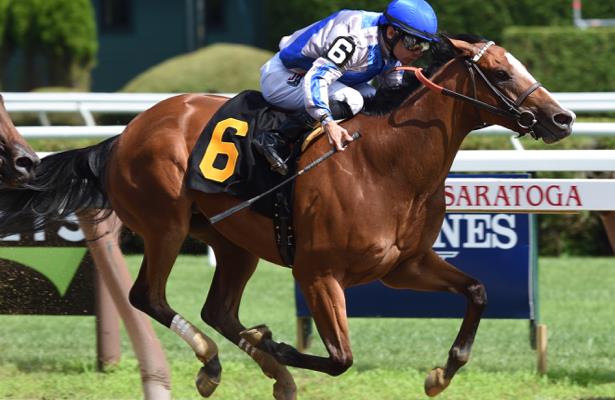 Four exciting up-and-coming juveniles captured the first of Saratoga's open maiden races on opening weekend. Each are well-bred, but one proved that the will to win trumps hefty auction prices. 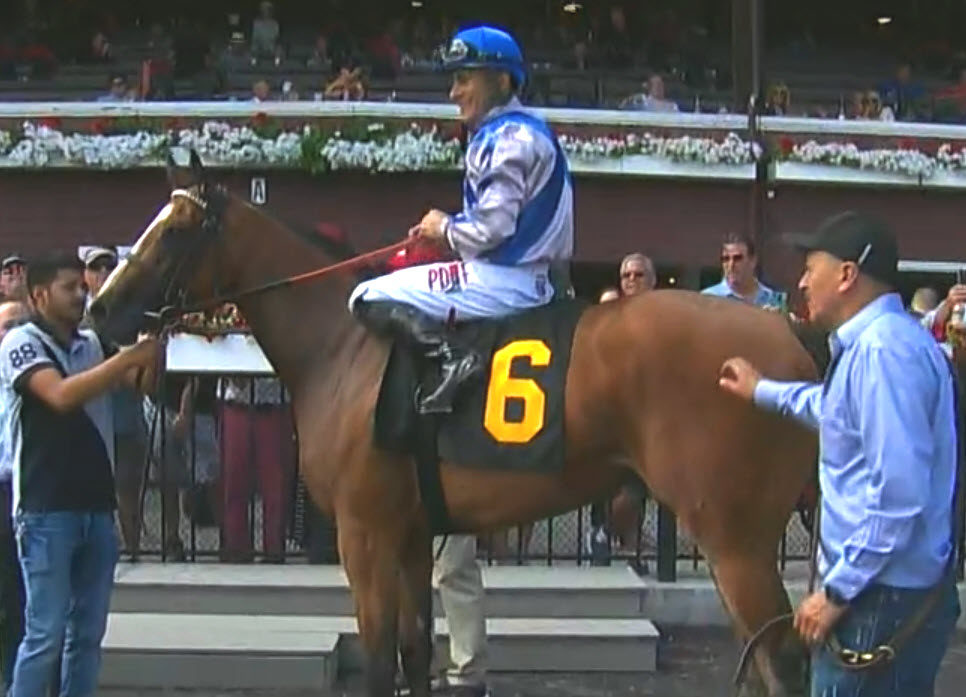 VAST (Lea - Enth, by Seeking the Gold) flew out of the gate last Friday and fought every step on the lead, first with Pure Wow, then holding off a late charge from Good Shabbos. Vast was a little green down the lane and didn’t like the aggressive handling from Junior Alvarado, veering away from the whip and flapping her tail. But she never quit and stopped the clock in 1:04.67 for 5 1/2 furlongs over the main track.

Pedigree:  Vast, a  Claiborne homebred, will likely want to run two turns as she matures. Freshman sire Lea is a Grade 1-winning handicap horse, also trained by Vast’s conditioner, Bill Mott. So far, Lea has one winner from six starters -- not surprising, because his babies should be later-maturing. Both of Vast’s half-siblings placed as lightly raced 2-year-olds, and her dam won her June debut. She’s a half-sister to listed stakes-winning sprinter Sower. The second generation includes Mucho, who placed in last year’s Hopeful (G1), as well as handicap horse Cease, a stakes winner at 1 1/8-miles who placed in the Woodward. This is the family of Horse of the Year Blame.

ZYRAMID (City Zip - Ravi's Song, by Unbridled's Song) pressed the early pace Saturday set by Vaya Con Dios and took the lead when the pace setter faltered. Manny Franco kept the colt moving, and under a hand ride and they were never seriously threatened by second place Kickin’ Kirby, crossing under the wire 2 3/4-lengths in front. The Steve Asmussen-trained Zyramid finished the 5 1/2-furlong race in a sharp 1:03.78.

Pedigree: Zyramid sold for $275,000 as a Keeneland yearling. He has the pedigree to handle a mile to middle distances. His half-sister placed in her debut but needed a few starts to find the right level. Their dam is a multiple stakes-winning miler who earned more than $380,000 in 22 starts. Zyramid’s second dam is multiple graded stakes winner and Grade 1 stakes-placed Lu Ravi. The third generation includes 2-year-old champion filly Halfbridled and multiple Grade 1 stakes winner Mshawish.

FIELD PASS (Lemon Drop Kid - Only Me, by Runaway Groom) settled into third place down on the rail, content to follow the slow pace set by Mr Everything. Luis Saez and Field Pass cut the corner and squeezed through a narrow opening, leaving the rest to sort it out in traffic. Field Pass kept going under a hand ride and held off a late surge by the well-bred Decorated Invader, holding on by 3/4 of a length. The Mike Maker trainee traveled 1 1/16-miles Saturday over the Saratoga lawn in 1:45.74.

Pedigree:  Field Pass was a real bargain as just a $37,000 yearling. He has a stamina-oriented pedigree and could mature into a nice turf router. There’s little blacktype in Field Pass’ distaff line. His second dam Foggy Moon placed in the Del Mar Oaks (G2), and third dam New Moon was a Grade 3 winner.

SWEET MELANIA (American Pharoah - Sweet N Discreet, by Discreet Cat) found her home Sunday on turf after a couple of third-place finishes in dirt sprints. Before the gates opened on Saratoga’s inner turf course, the Todd Pletcher trainee stayed calm while the filly next to her was fractious in the gate. She bounded out and galloped up to press the glacial pace set by Miss Marissa. Sweet Melania and Jose Ortiz took the lead around the turn and easily held off a late charge by Morning Gold. Sweet Melania hit the wire 1 1/4 lengths in front, stopping the clock in 1:45.87.

Pedigree:  Sweet Melania sold for $600,000 as a Keeneland yearling. She has a miler/middle distance pedigree. Expectations are high for the American Pharoah’s babies. So far, from 14 starters five are winners, and all five have won over the lawn. Maven, who went on to be a Group 3 winner overseas, also prevailed in his debut on Aqueduct's dirt. Sweet Melania is the second foal out of a restricted stakes winner. Her dam is a full sister to Grade 2 stakes winner Discreet Dancer and is half-sister to multiple graded stakes-winning sprinter on dirt and turf, Travelin Man.

Another winner for American Pharoah! Congrats to Todd Pletcher and all connections of Sweet Melania @jose93_ortiz pic.twitter.com/uAdwDNHT44