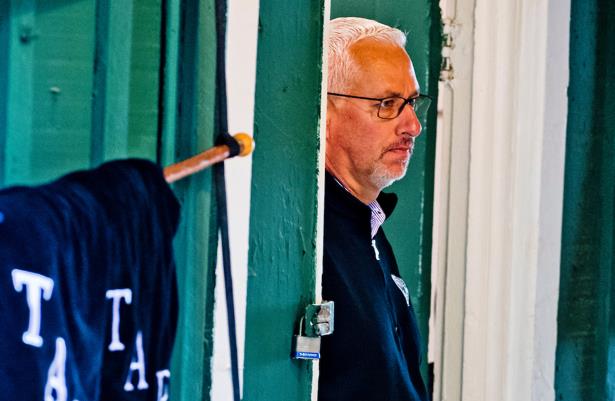 Last week’s maidens include two by First Crop sires that have the pedigrees to be next year’s buzz horses on the 2020 Kentucky Derby Trail.

RISKY MISCHIEF (Into Mischief - Risky Rachel, by Limehouse) On July 31 at Saratoga, the Jeremiah Englehart trainee wired the field by 7 1/2 lengths. She got her final quarter in 25.50, getting 6 furlongs in 1:13.05 over a sloppy, sealed track. 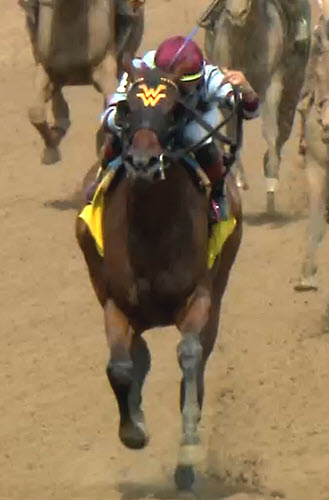 Pedigree: Girlntheyellowtaxi has a sprinter/miler pedigree. There is no black-type in the first three generations of her distaff line. This is the distaff line of 1998 Champion 3-Year-Old Filly Banshee Breeze.

FIGURE OF SPEECH (Into Mischief - Starlight Lady, by Elusive Quality) On July 31 at Saratoga, the Chad Brown trainee pressed the pace and then went three wide around the turn. As she opened up in the stretch, Figure of Speech was all over the track shying away from Javier Castellano’s whip. The Bay filly galloped under the wire 5 1/2 lengths in front.  Final time for the 5 1/2 furlongs was 1:05.49.

Pedigree: Figure of Speech has a sprinter/miler pedigree. Her unraced dam is a half sister to multiple stakes placed Mr. Rover and to stakes placed turf miler Claiming Victory. Another half sister bore a juvenile stakes placed miler and a stakes-winning sprinter. Figure of Speech’s second dam Colcon is a multiple graded stakes winning miler/middle distance turf runner, who set a new stakes record of 1:32.80 in the 1997 Noble Damsel Handicap (G3). Colcon is a half-sister to multiple grade 1 winning handicap horse and sire Flying Continental.

FROSTED ROSE  (Oxbow - Tapit's Rose, by Tapit)  On Thursday at Saratoga, the Michael Trombetta trainee chased a swift: 21.72 first quarter from mid-pack in a strung out field. The pretty gray colt saved ground on the rail but faced a wall of horses nearing the turn. Joel Rosario swung Frosted Rose four to five wide around the turn, and they joined the cavalry charge down the lane. Frosted Rose found a new gear down the lane and picked off horses to win the 5 1/2-furlong race by 1 3/4-lengths. Final time for the 7 furlong turf event was 1:03.16.

Pedigree: Frosted Rose has a miler’s pedigree, and may go farther with maturity. There’s no blacktype in the first two generations of his distaff line. The third generation includes Laragh, winner of the Hollywood Starlet (G1) and multiple graded stakes winning turf miler and new sire Summer Front. 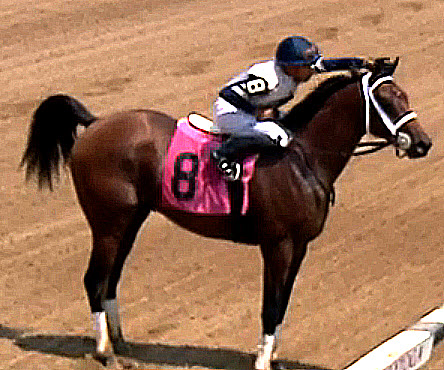 OUR COUNTRY (Constitution – Light, and Variable, by Tiznow) On Saturday at Saratoga, the George Weaver trainee settled into mid-pack early.  He swung four wide down the stretch and put on a burst of speed to draw clear, then geared down in the stretch to win by 5 3/4-lengths. Final time for the  1 1/16-mile turf event was 1 1/16-miles in 1:41.39.

Pedigree:  Our Country has a middle distance pedigree, and may handle classic distances next year. By a Florida Derby winner out of a daughter of a two-time Horse of the Year, Our Country has the genes to run on the dirt.  Our Country is half-brother to Bye Bye Hong Kong, a listed stakes-winning turf sprinter, who placed in a Group 3 stake in England. Their dam is a half-sister to a pair of win-early types; Nonna Mela, winning of the Adirondack Stakes (G2) and Nonna Madeline, who placed in the Schuylerville. The third generation includes Grade 1 stakes winner and sire Bluegrass Cat.

GLORY ROAD (Commissioner - Highest Quality, by Quality Road) On Saturday at Saratoga, the Todd Pletcher trainee raced wide the entire way in the 7 furlong event. Glory Road was four wide on the first turn, and John Velazquez took him six wide on the second turn in an effort to find racing room. The pair passed tired horses and got up by a neck over This Ill Defend, who finished a head in front of Atoka. Final time for 7 furlongs was 1:24.60.

LAZY DAISY (Paynter – Romantic Intention, by Suave) On Saturday at Del Mar, the Doug O’Neil trainee stalked the pace, went three wide around the turn and grabbed the lead in deep stretch, to win by a half-length over Greg’s Diva. Final time for 6 furlongs was 1:12.51.

DAPHNE MOON (Cairo Prince – Crozat, by Street Sense) On Sunday at Saratoga, the Jeremiah Englehart trainee broke last, but only five lengths off the lead in the six horse field. The dark bay filly picked up steam going four wide around the turn. She grabbed the lead in late stretch to win going away by 3 3/4 lengths under a hand ride by Jose Ortiz. The final time for 7 furlongs was 1:23.82.

Pedigree: Daphne Moon has a miler’s pedigree, but may handle middle distances as she matures. She’s a half-sister to stakes-placed juvenile Perfect Wife. Their dam is a half-sister to multiple stakes winning sprint veteran Jungle Prince. There are some minor sprint blacktype earners in the third generation.

SKETCHES OF SPAIN (IRE) (Lope de Vega (IRE) – Janicellaine (IRE), by Beat Hollow (GB)) On Sunday, the fourth race at Saratoga was marred by disqualification.  In the early stages, the Chad Brown trainee was covered up mid-pack on the rail.  She made her way to the outside and picked off horses as she went six wide around the far turn and down the stretch. She was passed by Crystalle and beat out Sparkling Sky by a head. Sketches of Spain was declared the winner after the DQ of Crystalle.   The final time for the 1 1/16 mile turf race was 1:41.17

Pedigree: Sketches Of Spain has a turf router pedigree. She’s the second foal to race out of a multiple stakes placed turf router. The dam is a full sister to UAE-G2 stakes winner Very Special, and her half-sister Chriselliam won the 2013 Breeders’ Cup Juvenile Fillies Turf. The third generation is filled with international blacktype earners.

CRYSTALLE  (Palace Malice - Undo, by Flatter) trailed the field in the early stages of the 1 1/16 mile turf event. She made an eight wide move around the turn and gunned to the lead pulling away by 2 1/4 lengths, but while passing Sparking Sky, Crystalle came over, causing that one to slightly check.

Pedigree: Crystalle has a miler’s pedigree, and may handle longer distances with maturity. First Crop sire Palace Malice won the Belmont Stakes and Met Mile. As of this writing, Palace Malice has 16 runners who have made 23 starts, with four wins and 12 in the money. Two have placed over the lawn. Crystalle’s dam is a full sister to multiple graded stakes winner Apart, and a half-sister to stakes winning turf miler Unlatch. The third dam Lovat’s Lady is a stakes winning turf miler.