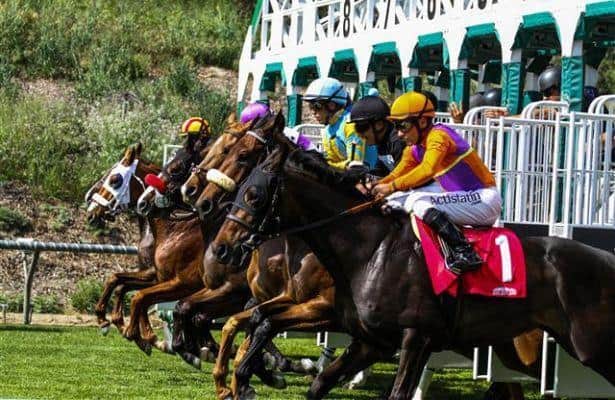 On Friday, two maiden events, one at Keeneland and the other at Santa Anita, could yield future stakes stars, including Accelerate's half-sister and a Gun Runner first timer out of a full sister to Malibu Moon.

Keeneland's 10th race attracted a field of 10 fillies, most of who have a start or two under their girth. Four well-bred lasses are worth a look.

In her debut at Saratoga over a good track, Malibu Kendall (Curlin - Issues, by Awesome Again) chased the runaway winner Jester Cals NoJoy but had to settle for second place, a length clear of the third-place finisher. But the Steve Asmussen trainee could improve in her second start.

Pedigree: Malibu Kendall is bred to love two turns and is bred on the same sire/damsire cross as Travers (G1) winner and sire Keen Ice and La Grange, winner of the 2014 Cinderella Stakes.

Pedigree: First-crop sire Cupid is ranked number 13 by earnings, and he has two stakes winners, God of Love, hero of the 1 1/6 mile Cup and Saucer Stakes at Woodbine, and The Sky is Falling, winner of the West Virginia Triple Crown Nutrition Breeders' Classic at 6 1/2 furlongs. Cupid's daughter Desert Dawn finished a solid third in the 1 1/16 mile Chandelier Stakes (G2). Cupid has 18 percent dirt sprint winners from first-time starters.

Class can skip a generation, which could be the case in Cupid's Strike's female family. Her half-brother Hidden Stash hit the board in this year's Sam F. Davis Stakes (G3) and the Tampa Bay Derby (G2).

In her debut over a wet Churchill track, La Bombonera (Quality Road - Ever So Clever, by Medaglia d'Oro) was stuck four wide the entire way in a seven-furlong maiden event. She challenged around the far turn, but the Brad Cox trainee tired to fifth place. La Bombonera has high knee action and paddles with her right foreleg. She recorded a post-race four-furlong move in 46.40, the second-best of the day.

Pedigree: La Bombonera is the first foal out of the Grade 3 winner Ever So Clever, who earned $522,830 in 13 starts. The mare also placed in the Pocahontas and Golden Rod Stakes and three listed stakes in three years of racing. Ever So Clever's half-sister Wilful Woman was second in this year's Black-Eyed Susan (G2), and two other half-siblings, Miss Centerfold and Tathqeef are stakes placed over the lawn. La Bombonera's second dam is the consistent multiple stakes winner Foxy Danseur, who was in the money in 11 of 22 starts, with earnings of $340,153.

Fast and Flirty (Into Mischief - Speed Dating, by Not For Love) makes her debut for Brendan Walsh. The bay filly has a conservative yet consistent record of four- and five-furlong works at Turfway and Churchill.

The action continues at Santa Anita in Race 5 for turf milers. There are two first-time starter standouts.

Magical Sign (Gun Runner - Malvinia, by A.P. Indy) might need a start or two – not surprising, given her pedigree. The Mike McCarthy trainee has a high, choppy gait and struggles to keep up in her morning works.

First-timer Ballet Dancing (Medaglia d'Oro - Fully Living, by Unbridled's Song) has a precocious distaff line and is worth strong consideration. Her full sister Foolish Living won her turf mile debut and placed in two of three other starts before retiring. A half-brother, Untreated, won his second start, and their dam Fully Living also won her debut and is multiple stakes placed. Ballet Dancing's second dam Half A.P. is a half-sister to 2003 champion juvenile filly Halfbridled.