How to find a winner for the 2022 Kentucky Derby 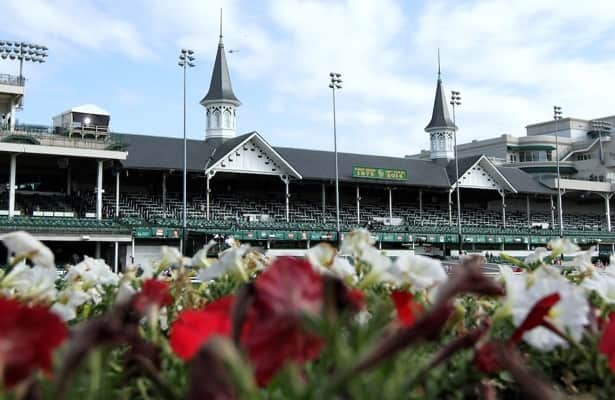 Kentucky Derby fever starts minutes after Breeders' Cup Juvenile hero crosses the finish line. Derby futures are created in Las Vegas, and the odds fluctuate as the prospects enter and exit the picture. Millions of dollars are flung through the betting window by horseplayers seeking to score high early odds on the next classic winner. Everyone hopes to find the diamond in the rough and be rewarded with a life-changing winning payoff.

Picking horses to follow as 2-year-olds or early 3-year-olds through the classics is fun and sometimes frustrating. So here is how to find the horses running under the radar.

Most Kentucky Derby winners have many of the same characteristics, such as pedigree and conformation, athleticism, professionalism and race progression.

Pedigree: Does he have a classic pedigree, and more important, is he built like a sprinter/miler or a two-turn horse? Miler sires get either sprinters or stayers, depending on the mare. If your Derby horse is by a miler stallion, make sure there is stamina through his female family. Conversely, if stamina is a little light on the dam's side, the sire must have a stamina-oriented pedigree or previous winners at 1 1/4 miles.

Athleticism: Is the contender battle-tested and capable of overcoming trouble? Does he have "gears," a high cruising speed or a robust late kick? He will need these traits in the rough and tumble of a 20-horse field. Our Derby candidate should have the will to win and not be intimidated by other horses.

Professionalism: How professional is our Derby prospect? Can he keep a straight path, and switch leads when he is supposed to? Be wary of the green horse running on talent or the quirky-minded individual. If they haven't straightened up by their third start and have developed bad habits, look elsewhere because they won't handle the Derby chaos. Watch the replays closely to see which traits your Derby prospect displays.

Race progression: Be wary of the impressive debut winners. Few go on to show that brilliance in later races. A juvenile who showed so-so form returning to win as a 3-year-old is one to watch, especially those with a stamina-laden pedigree. Like teenagers, they can mature in an eye blink. 2013 winner Orb is a good example. After three average starts, Orb won his final 2-year-old race, then reeled off four straight victories as a 3-year-old.

Horses showing steady improvement and speed figures are less likely to regress than those with a brilliant last start, especially a race or two before the big event. A Derby candidate could peak early and show a sudden form reversal in later races. A colt whose speed figures jumped 10 or more points in their final prep likely will regress in the Derby.

2-year-old form: Until recently, Kentucky Derby winners had solid 2-year-old experience and reliable progression the following year. Those without juvenile stakes experience were the exception, with only eight winners in 26 years failing to meet the criteria.

But we have seen a reversal in the last six years. The last juvenile with stakes experience to win on the first Saturday in May was the precocious Nyquist (2016), one of only two colts to win the Breeders' Cup Juvenile and Kentucky Derby.

The current fashion of lightly raced Derby winners started in 2017. Since then, all Derby winners had one or two starts under their girth as 2-year-olds, and none of the last five Derby winners (six if you include the disqualified Maximum Security) had stakes experience.

The last six Derby winners made their initial start between October and December, except for two colts: Always Dreaming, who checked in third in his July debut, and Justify, who stayed in the barn until mid-February of his 3-year-old season. So half of the last six (still including Maximum Security) didn't visit the winner's circle until they were 3.

Breeders' Cup jinx: The Breeders' Cup Juvenile winner is typically installed as the future betting favorite for the Kentucky Derby. Avoid this horse like Covid.

Proving just how tough it is to maintain winning form and avoid the pitfalls of the long road to May, only a dozen Breeders' Cup Juvenile heroes made it to Kentucky in the last 21 years.

Of those, two won, one finished second, and one finished fourth in the Derby. Taking it a step further, only five Juvenile winners made it to the Preakness, with a 5: 0-2-1 record, and only one, Essential Quality, competed in and won Belmont Stakes.

Qualifying races: The Kentucky Derby qualifying points system is a brilliant marketing plan that draws Derby interest as early as September.  Points are awarded to the first four finishers of designated stakes races.

Beginning in 2013, 34 races were included in the series, starting in September with the Iroquois Stakes (G3) and ending in mid-April with the Lexington Stakes (G3). They revamped the system in 2017, targeting international interest. Now, 48 events are carded globally.

So far, early Derby qualifiers have been hit or miss as an indicator of 3-year-old prowess. Only two Kentucky Derby winners, Nyquist (30 points) and American Pharoah (10 points) were on the early radar with points as 2-year-olds.

But at least one of the second-place through fourth-place finishers had gathered early points. 2015 and 2016 were excellent years. In 2015, the top four all had collected points in juvenile races, and in 2016, the winner, runner-up and fourth-place finisher had earned points as 2-year-olds.

To sum up, it is a safe bet that the second- through fourth-place Derby finishers either won or placed in a Derby qualifier as a 2-year-old, but probably not our winner, at least until the current trend runs its course.

The road to Kentucky

Despite the latest fashion of lightly raced 2-year-olds, the final steps to the Kentucky Derby starting gate have remained the same in most decades. All Derby heroes had a 1 1/8-mile prep, and 80 percent of them won their last start.

From 2007 to 2016, most Kentucky Derby winners had stakes experience as 2-year-olds and competed in only two or three preps as 3-year-olds.

In more recent years, offsetting their lack of juvenile form, the last six (with Maximum Security still in the count) Derby winners reverted to the long-established tradition of three or four starts as 3-year-olds.

The most popular route to the Kentucky Derby is through Florida. Seven Kentucky Derby champs since 2000 won their Sunshine State prep. Santa Anita and Arkansas also are popular places to complete preparations before heading to Churchill.

Five traveled to Kentucky by way of California, three won the Santa Anita Derby (G1) while one placed, and one finished fourth.

The Arkansas Derby (G1) is another popular prep, with three completing the Arkansas/Kentucky double and one winner (Country House) who was third in his Arkansas prep.

Now we know how to find the next Kentucky Derby winner.

We are hunting for a professional, athletic colt with the pedigree and conformation to handle 1 1/4 miles.

Our future hero made his initial start between September and December but might not have won.

The Derby winner might be lightly raced and could have participated in a stakes race as a 2-year-old, but not necessarily one of the designated Derby qualifiers.

Our hero likely will make three or four starts as a 3-year-old and progress in each start, winning either the Florida, Santa Anita or Arkansas Derby.

Enjoy the process of picking your diamonds in the rough and following them on their path to Kentucky. Do not worry if they meander off or drop out; there always is another pick entered in the next race.