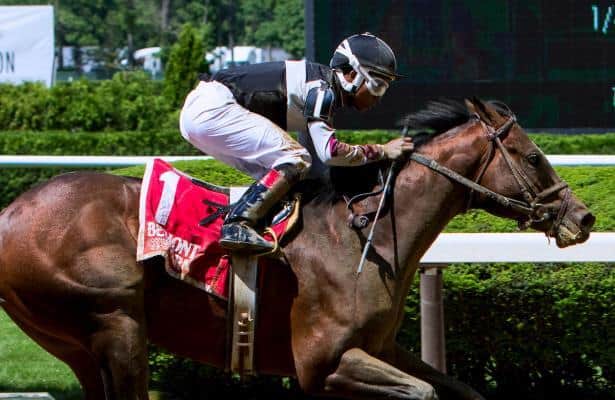 Summer racing is just around the corner. Saratoga and Del Mar are gearing up for their annual meets where many of this year’s crop of two-year-olds will take their first steps towards the Breeders’ Cup and ultimately, next year’s Triple Crown. The very early precocious types already have a start or two under their girth. Join Horse Racing Nation as we unveil the 2018 Kentucky Derby Contenders and the 2018 Kentucky Oaks Contenders.

Horse Racing Nation is the only website in the world that offers up to the minute news and an ever expanding wiki of Thoroughbred racehorses.  You, our members, can add horses, update data, read and comment on the news, view race data and videos plus vote for your favorite runners.  The amount of data on the 2018 Kentucky Derby and Oaks lists is entirely dependent upon the Horse Racing Nation community. As part of this community, you can help expand the database by adding and voting for two-year-olds to the Wiki as you spot them. Learn how to use the Wiki. To vote for your favorites, click on the horse’s name and vote.  Horses will move up and down the power rankings as more members vote.  Discover more about the Power Rankings and Voting.

This year’s herd of Freshmen Sires is a mixed bag. There are the usual speed-oriented stallions who will dominate the early rankings with their precocious distance challenged offspring, some highly accomplished classic-winning stallions, and a strong selection of stallions who did their best work on the turf.

163 young stallions stood their first year in the U.S. and Canada in 2014. Thirty-seven are the proud papas of their first winners, and ten are represented by blacktype earners.

Darley continued their reverse-shuttle program, bringing Australian stallions to stand in the U.S. They started the program in 2012 with Lonhro This year, we’ll see the first U.S. progeny of Lonhro’s son Denman in the spotlight. Denman is a multiple Group 1 winning turf sprinter and has been standing at Darley Australia since 2012. 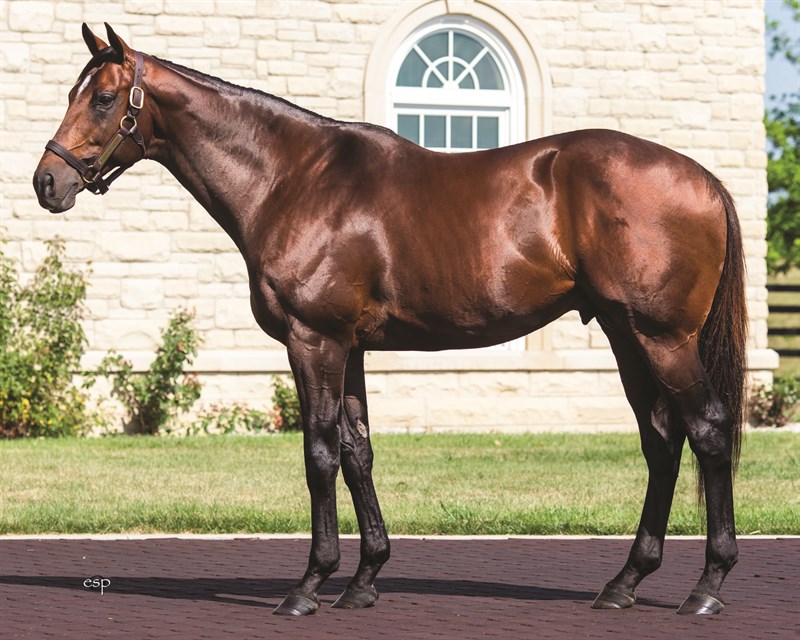 Point of Entry could continue Dynaformer’s legacy as a stallion, and keep the important Roberto sire line viable.  Point of Entry was nearly unbeatable as an older horse, capturing the prestigious Man O’War Stakes, Sword Dancer, Joe Hirsch Turf Classic and Woodford Reserve.  Yet, the turf router showed ability on dirt, placing second at a mile before winning a nine-furlong maiden race over dirt.

Overanalyze currently leads the Freshman Sire herd by earnings with 14 runners, 4 winners and $215,757 in earnings.  He’s tied with Jimmy Creed (7 starters) and Declaration of War (11 starters) by number of winners.

Animal Kingdom, Morning Line, and Violence are each represented by a stakes winner, while Shanghai Bobby and Awesome Patriot each have two blacktype earners.

Over the years, Pedigree Power’s, “The Kiddie List,” has highlighted promising youngsters before they hit the national radar in.  Superstar Beholder, Champion 2YO Filly Take Charge Brandi, Wood Memorial heroes Frosted and Outwork, and Belmont Stakes winner Union Rags are some that were tagged before their initial start. 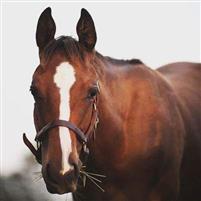 Meanwhile, Faversham, a ridgling brother to California Chrome, has been breezing at Los Alamitos for trainer Art Sherman. Fans can only dream that the celebrated youngsters are as talented as their older brothers and hope to see them in action together.

Tapit may continue his domination as leading sire if the following offspring live up to their prestigious breeding. He’s the sire of the following:

A pair of Frankel babies that may debut on the Saratoga turf are Sportswear and Gidu, both owned by Zayat Stables.

Sportswear (GB) (Frankel (GB) - Casual Look, by Red Ransom) has the pedigree to love 2 turns on the lawn but could win early in his career. He’s a half-brother to WinStar Matchmaker Stakes (G3) winner Casual Smile (9F) and Gulfstream Park Derby runner-up Casual Trick. Their dam won the Epson Oaks (G1) at 1 1/2 miles and was Group 2 stakes placed as a two-year-old. Sportswear is trained by Chad Brown.

Gidu (IRE) (Frankel (GB) - Manerbe, by Unbridled's Song) is another to watch in his debut. The Todd Pletcher trainee is a half-brother to the Grade 3 turf sprinter/miler Marbre Rose. The filly placed in a couple of French Gr.3 mile contests as a juvenile. Their dam is a half-sister to G1 winner Zoftig, who was a Grade 1 placed juvenile. Zoftig bore a pair of Grade 1 winners herself; Acorn Stakes heroine Zaftig and Mother Goose Champ Zo Imressive.

Bill Mott always has an impressive lineup. A couple of prominent babies are breezing at Saratoga. Keep an eye out for Hail, a Tapit half sister to 2014 Champion Older Mare Close Hatches, and an as yet unnamed filly (Distorted Humor-Oatsee, by Unbridled) who is a half-sister to five stakes winners, including Preakness hero and sire Shackleford and Alabama Stakes heroine Lady Joanne.

The most precocious of the juveniles already own blacktype.

He Hate Me (Algorithms - Quiet Holiday by Harlan's Holiday) won the 5 1/2 furlong Tremont Stakes, while I Still Miss You (Majestic Warrior - Lion's Terms, by Lion Hearted) captured the Tremont counterpart, the Astoria Stakes.

Offspring of Freshmen Sires showed their class in the early two-year-old stakes races in Kentucky.

Sons of Violence and Awesome Patriot duked it out in the Kentucky Juvenile Stakes on May 4. Buy Sell Hold  (Violence - Melody Lady, by Unbridled's Song) fought hard to prevail in a blanket finish by a neck over the filly Amberspatriot (Awesome Patriot - Starkey, by Limehouse) while McErin (Trappe Shot - Erin Rose, by Purge) was a nose back in third.

The First Crop Sires were also on display in California, this time taking the top three positions in the Landaluce Stakes. Surrender Now (Morning Line - Surrender, by Stormy Atlantic) dominated the competition by eight lengths in the 5 1/2 furlong contest. Gorgeous Ginny (Take Charge Indy - Brooke's Halo, by Southern Halo) was best of the rest and beat out Spirit of Shanghai (Shanghai Bobby - Yamato Damashii, by Tiznow) by 1 1/2 lengths for second place.

Meanwhile, Run Away (Run Away and Hide - Cabales, by Pulpit)  fought the surprisingly precocious Argosy Fleet (Mineshaft - Devil House, by Chester House) and overcame his rival by 1 1/2 lengths in the 5 1/2 furlong Santa Anita Juvenile Stakes. Big Boy Candy (Twirling Candy - Ada Clare, by Forest Wildcat) was another 1 1/4 length back in third.

The showy Ten City, another son of Run Away and Hide, became the first two-year-old to earn graded stakes status in the Bashford Manor (G3) on June 30. The favorite cleared the field by 1 1/2 lengths while Copper Bullet (More Than Ready - Allegory, by Unbridled's Song) finished second. It was a long 6 3/4 lengths back to Hardworkcleanlivin (Colonel John - Bible Belt, by Pulpit).

The Saratoga and Del Mar meets are like Christmas in the summertime. Full fields of well-bred and expensive juveniles are scheduled practically every day. A dozen stakes races will be contested between opening day July 21, and the meet’s ending, September 4.

Saratoga highlights the start of the meet with a pair of Grade 3 contests, the Schuylerville on opening day, July 21 and the colt counterpart, the Sanford Stakes the following day. The graded stakes series continues with the Grade 2 Adirondack on August 12 and the Saratoga Special on August 13. The Grade 1 Spinaway and Hopeful bookend the Labor Day holiday on September 2 and 4.  The Spinaway is a Breeders’ Cup “Win and You’re In” Challenge race.

Del Mar kicks off the lucrative 2017 season on July 19. Ten stakes are carded for two-year-olds, but only four are graded stakes. The graded stakes action begins with the Sorrento Stakes (G2) on August 5. The Best Pal (G2) follows on August 12. The Del Mar Debutante and Del Mar Futurity close out the summer action Labor Day weekend. Keep an eye on the contestants of these races, since they could play a part in the outcome of the Breeders’ Cup at Del Mar in November.

Not to be left out is Gulfstream’s state-bred Florida Sire Stakes series. Three races each for fillies and colts complete the course. The action starts this year On August 5, with the 6F Dr. Fager for colts and Desert Vixen for fillies. September 2, the second leg contested at 7F, the Affirmed and Susan’s Girl are contested. The 1 1/16 mile In Reality and My Dear Girl close out the events on September 30. Previously titled the Florida Stallion Stakes, this six-race contest has evolved into a starting point for future Champions. Holy Bull, Unbridled, Champion Sprinter Smile, Canadian Champ Kiss a Native, Champion 2-year-old Fillies Brave Raj and Awesome Feather, plus graded stakes winners Big Drama, and Jackson Bend all went on to shine in the national spotlight.

Discover new horses, view past performances and videos, plus leave your comments about your favorites on the 2018 Kentucky Derby and Oaks Contender lists. Visit often since the lists change frequently.