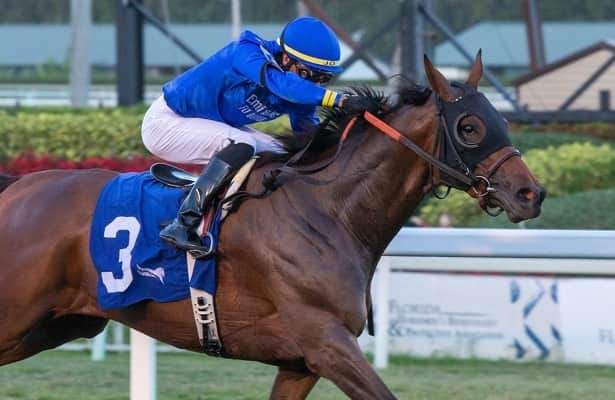 The $200,000 Shuvee Stakes (G3) on Sunday at Saratoga is named in honor of early 1970’s two-time champion mare Shuvee. She won the Jockey Club Gold Cup (G1) twice, the only mare to have captured the prestigious event.

Many fillies and mares use the Shuvee as a springboard to the Breeders’ Cup Distaff. This year, a field of seven will travel 1 1/8-miles over the main track.

Laurie: The Shuvee favorite has prevailed only four times in the last decade; the last was in 2017. All winners were either pacesetters or pressers. Crystal Ball, Antionette and Liberty M D fit the running style profile. Of the three, I have the most confidence in Antionette. I like Crystal Ball too, and she would have been my top pick, but Brisset’s 0-16 record note above in similar spots gives me pause.

Ashley:  This looks to be the Chad Brown and Bill Mott show; the two trainers account for five of the seven runners in the field. Brown has the two favorites in Dunbar Road and Royal Flag. Those two will be chasing Horologist, Liberty M D, Antionette, and Crystal Ball. I expect Liberty M D to fold completely and Antoinette to pick up a minor check at best. Gold Spirit is the big unknown here, but she does not need a quick pace in order to be effective. This is a tough one, but I think I have to go with Royal Flag.