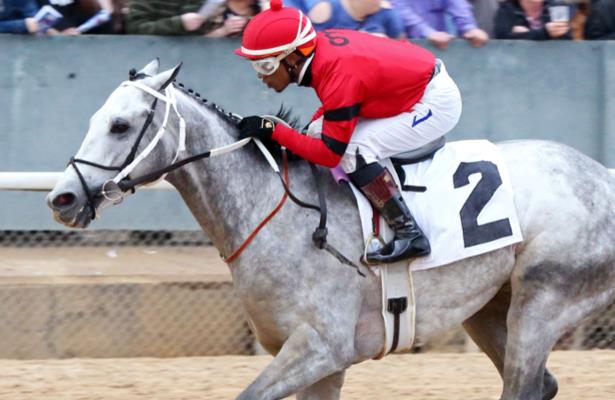 Saturday's Rebel Stakes (G2), the third of four 2020 Kentucky Derby prep races this season at Oaklawn Park, features a field of eight 3-year-old colts going 1 1/16 miles, possibly over a muddy or sloppy track, given the forecast. The race pays out Derby qualifying points on a 50-20-10-5 scale to its top-four finishers.

Pay attention to the Triple Crown prospects of the Rebel winner. Alumni include American Pharoah, Smarty Jones, Curlin, Afleet Alex, and Lookin at Lucky, to name a few.

Laurie Ross and Ashley Tamulonis of Horse Racing Nation's Coast To Coast blog waded through the past performances and pedigrees to identify their top contenders:

Laurie:  Oaklawn has a slight speed bias when the track is wet, usually favoring posts two through seven. Good news for No Parole, although Three Technique, Nadal, Basin, and American Theorem like to sit close, too. Silver Prospector also has off-track experience, and that’s a huge plus. Coach Bahe shows good speed figures for a wet surface and could blow up the lower exotics. I like No Parole, but I don’t know how well he’ll handle the distance, so I’m leaving him out of my top four. He's a tough longshot to dismiss, however.

Ashley: This looks like an average field. The likely favorite has never raced at a route distance, and those that have exit suspect fields or simply were not overly impressive. None of these have me super excited, so I’m going with a proven commodity on top.