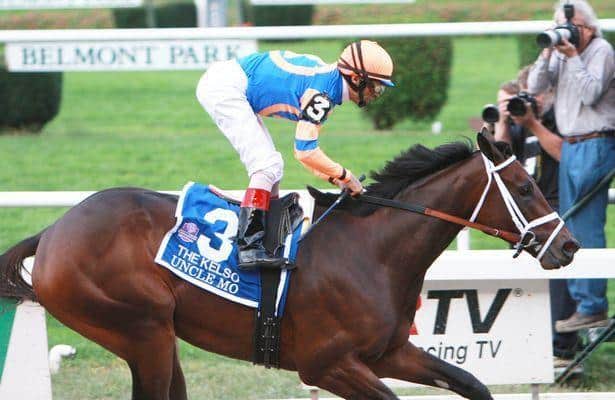 Saratoga and Del Mar are gearing up for another fantastic season of racing.  Summer racing heralds the traditional unveiling of the year’s two year old crop and the freshmen sires' offspring are starting to emerge.

It's no surprise that Uncle Mo, the champion Juvenile of 2010, leads the first crop sire list in terms of winners. The young stallion stands for $25,000 at Ashford Stud and commands the highest stud fee of all of this year’s first crop sires. Uncle Mo was well supported in his initial year at stud and has sired 164 two year olds. Of those 164 babies, 12 have already started and four are winners, giving the son of Indian Charlie a strong 33% first time starter statistic. As befitting a champion, Uncle Mo’s little black book of mares included plenty of stakes winners and dams of stakes winners. Some of the offspring expected on the track include Mr. Louise, a son of Call Mariah, who is a half sister to Champagne Stakes winner Daredevil and the stallion Albertus Maximus. He’s been breezing steadily at GPW.  Securely, a daughter of the multiple stakes winner In Secure has been breezing at Saratoga and is bred to win early.  Securely is a half sister to the two year old stakes winners Millionreasonswhy, Roundupthelute and the stakes winning sprinter Beyondallboundarys. 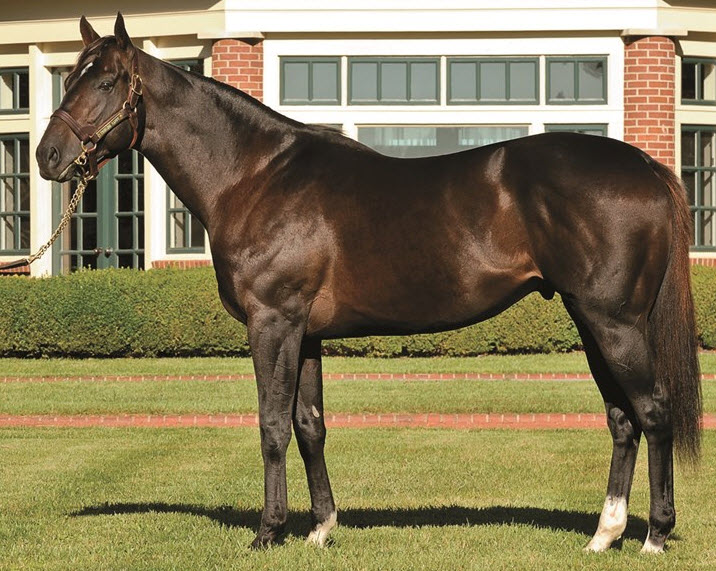 Hot on Uncle Mo’s heels is Twirling Candy, with four winners from 14 starters. Twirling Candy, a Grade 1 winning son of Candy Ride, leads the first crop sire list in earnings, with a $192,245 in combined earnings, $5,596 more than Uncle Mo’s progeny. Twirling Candy’s daughter Uptown Twirl is one to watch for in the upcoming juvenile stakes races at Del Mar. The young filly won her five furlong debut at Saratoga in a very quick :57.29, just a tick off of the track record of :57.37.

This may be the year to go green.  I’m talking turf racing, of course. Two –time Champion (2009 – 2010) Turf Horse and 2009’s  Champion Older Horse Gio Ponti and 2011 Champion Turf horse Cape Blanco both have two year olds on the track this year. Cape Blanco was very popular with breeders and sired 165 two year olds, more than any other freshman sire.

In addition, the Grade 1 turf horses Paddy O’Prado, Courageous Cat and Sidney’s Candy should help make the year’s juvenile turf races very competitive.  Some of their offspring could surprise bettors with their versatility over multiple surfaces.

We’ll get to see the first crops of classic contenders show their stuff. Belmont Stakes winner Drosselmeyer, Florida Derby winner and Kentucky Derby runner-up Ice Box,  Preakness/Belmont Stakes second place finisher First Dude and Arkansas Derby winner Archarcharch, who was the 2011 Kentucky Derby favorite, but was injured during the race and retired. The majority of these sires’ offspring will be late bloomers.

This year’s first crop sires are a diverse group and many of their offspring will be adaptable to multiple surfaces. Some of this year’s freshmen sires could prove capable of siring a classic winner.