What we learned: Zandon is not well suited for 1 mile 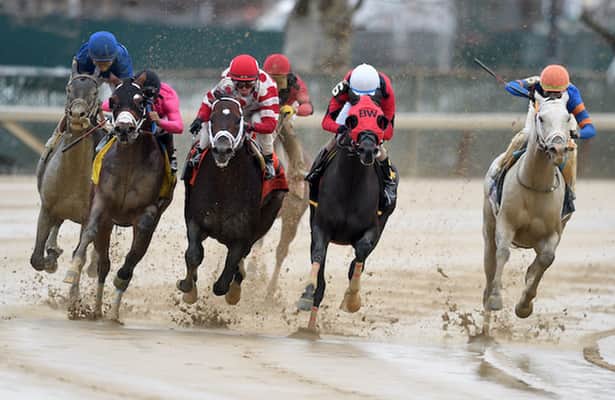 Before the Grade 1 Cigar Mile at Aqueduct, the heavy favorite Zandon never had competed in a one-mile race. But his proven ability to run well against the best 3-year-olds in top dirt routes made him a popular bet, even though his habit of finishing second or third brought up another concern.

Backers hoped that Zandon would benefit from the cutback from nine- and 10-furlong races to one mile, but his closing style went against the prototype horse who typically improved from such a change. Speed horses who end up hanging or fading late usually want the cutback, not closers such as Zandon who rarely show early speed at nine furlongs.

If Zandon settled toward the rear in longer routes, where the fractions run slower, then his ability to keep up early in a dirt mile seemed questionable.

Yet Zandon still held the highest class and speed figures in the race. Supporters could make a good argument to still bet him at low odds.

To Zandon’s credit, he did show enough speed to remain within 3 1/2 lengths of the pacesetter Outlier through the opening quarter and half-mile.

Mind Control tracked the leader in second, with Get Her Number following along the outside in third and White Abarrio stalking on the rail in fourth.

When it became time to move on the turn, Zandon responded mildly. Joel Rosario set Zandon up on the outside for a clear run at Get Her Number and Mind Control, while White Abarrio still kept up on the inside. Outlier was still in the picture, but he became visibly tired.

In the stretch run, Get Her Number, Mind Control and White Abarrio went to battle for the lead. Zandon could not keep up with the leading trio. Rosario went to work with the left-handed crop, but Zandon continued to run at the same pace and never kicked into another gear.

Mind Control prevailed by a head over Get Her Number in second while completing the one mile in 1:35.53. He also earned a 100 Beyer Speed Figure. White Abarrio finished third and half a length behind Mind Control.

Although all three horses in the trifecta ran well, it is notable that Dr B in the Go For Wand Stakes (G3) one race earlier finished in 1:35.18.

After running evenly late, Zandon lost by 2 1/2 lengths. He did not run a terrible race. One-mile races just seem too short for his steady pace.

Zandon broke his maiden at six furlongs in October 2021 at Belmont, but that effort came against inexperienced horses. Notice how trainer Chad Brown immediately stretched Zandon out to nine furlongs in the Remsen Stakes (G2) after the six-furlong maiden win. From there, Zandon always competed in nine- or 10-furlong races until Saturday.

With his fourth-place finish in the Cigar Mile, Zandon missed the trifecta for the first time in his career. But at least he made the superfecta.

The only other explanation for Zandon’s performance was the slop. Not every horse handles it, and sometimes it can become hard to kick into another gear on a gooey surface. Zandon did win the Blue Grass Stakes (G1) in April over a track labeled “good.” But a good surface with some moisture does not equal running on slop.

In all likelihood, Zandon will improve on the stretchout back to nine-furlong races and farther, even if he keeps running second or third again.

The old lesson of avoiding heavy favorites who lack a win at the race’s distance hit horseplayers again. Even with Zandon’s inexperience at one mile, bettors were no less eager to bet him at the windows, and he lost.

Get Her Number gave arguably a winning effort in his runner-up finish. Ever since trainer Peter Miller took back the colt from Ruben Alvarado, Get Her Number has been consistent with two wins and two seconds in five starts. With more efforts like this in the future, he could develop into a top miler.

White Abarrio also might make a nice addition to the dirt miler division after a strong finish in the Cigar Mile. He lost by only half a length after traveling on probably the worst part of the dirt course throughout the Saturday card.

All of White Abarrio’s wins have come at Gulfstream Park. But given his efforts in the Cigar Mile and Ohio Derby (G3) earlier in the year, there is no real evidence he cannot travel. Even his fade to fifth in the Pennsylvania Derby (G1) did not look very bad, given he set a lively pace.

Even though this was not the strongest edition of the Cigar Mile, it ended up as an exciting race and gave bettors a chance to beat a vulnerable heavy favorite.

Expect Zandon to return to the same trifecta-hitting runner. Even if he is the modern day Perfect Drift, it is nice to see a familiar face from the previous Derby trail and Kentucky Derby who stays in training the following year.