Why Tuskegee Airmen is a playable favorite in Remsen 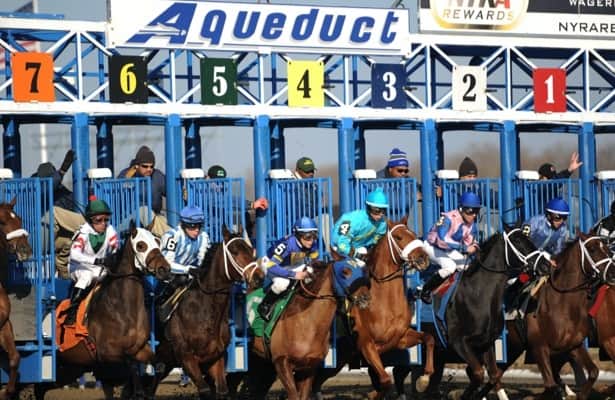 Tuskegee Airmen brings his 2-for-2 record built at smaller racetracks to Aqueduct for the Grade 2, $250,000 Remsen Stakes on Saturday. Despite his career starting at Parx Racing and Delaware, this son of Street Sense ends up as the best choice of a fairly weak group of 2-year-olds.

Based on multiple factors, Tuskegee Airmen gets the nod.

Get Paddock Prince picks for Aqueduct

For one, Tuskegee Airmen won both of his starts by clear margins. He took his maiden race at Parx by 5 1/2 lengths and then went on to capture the Rocky Run Stakes at Delaware by 3 1/4 lengths after making an inside move.

From watching the replay, the interesting part is that Tuskegee Airmen seemed non-responsive on the far turn before coming with a quick burst in the early stretch and passing Midnight Control to take control of the lead.

On TimeformUS, Tuskegee Airmen shows a 97 and 90 in those two races. Although those numbers are competitive, he looks better using Bris figures.

Also, Tuskegee Airmen does not seem like the typical colt from second-tier racetracks. Tuskegee Airmen cost $290k as a yearling and shows experienced connections in trainer John Servis and owner Cash Is King.

Servis knows the trail and Triple Crown series all too well as the conditioner of Smarty Jones, who won the 2004 Kentucky Derby and Preakness Stakes before losing the Belmont Stakes in heartbreaking fashion to Birdstone.

Luis Saez takes back the mount on Tuskegee Airmen, which should give bettors an extra bit of confidence as well. Saez rode him in his maiden win.

If Tuskegee Airmen starts as the mild favorite or higher, then he makes sense to bet on. Perhaps a good minimum to accept on this colt is 9-5.

Now to briefly discuss the other entries.

Il Miracolo took four tries to break his maiden at Gulfstream Park. None of his speed figures seem great on either TimeformUS or Brisnet, although he did take a step forward in the maiden win with his career best number.

Prove Right faded to third in the Nashua Stakes (G3) with no real excuse. It is notable that TimeformUS gave Prove Right a 106 for the effort because they adjusted for the pace, but he received only a 79 using Brisnet Speed Ratings. As stated earlier, Tuskegee Airmen earned a 90 and 93 on Brisnet.

Arctic Arrogance won the Sleepy Hollow Stakes for New York-breds on this course by 4 1/2 lengths over Quick to Accuse in late October. But he did not earn a standout speed figure. It is fair to wait and see how both New York-breds fare in their Derby trail debut before trusting them in the future.

Midnight Trouble lost to Tuskegee Airmen at Delaware. Why would he beat him in this spot? Midnight Lute progeny fare better as milers.

As for Dubyuhnell, he broke his maiden locally over slop after finishing fourth to Instant Coffee at the end of the Saratoga meet in September. Again, Dubyuhnell does not seem very fast either, and the slop in his maiden win raises questions of whether he could duplicate the effort.

Tuskegee Airmen is the lone choice.