3 Kentucky Derby long shots to keep an eye on 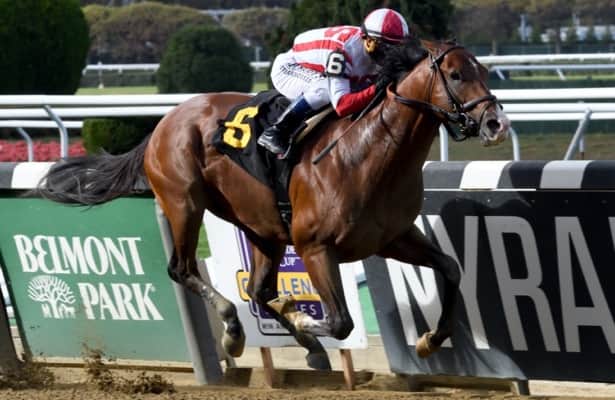 Although the list of main win contenders for the Kentucky Derby at Churchill Downs on May 1 is tightening up, the bottom slots may result in a longshot or two to help the payoffs. Only last September, the 46-1 closer Mr. Big News made a respectable bid to finish third.

Even though he only lost by a neck to Essential Quality in the Blue Grass Stakes (G2), Highly Motivated figures to offer generous odds relative to his ability.

For one, Highly Motivated set the pace with Essential Quality pressuring him, and he never quit in the stretch until the end. Lesser horses melt under the pressure of a champion horse flanking them.

In the points era, speed is useful in the Kentucky Derby because of the lack of true sprinters taking a shot. Using speed also helps horses avoid inevitable traffic problems in a 20-horse field that could hurt momentum.

Even though Highly Motivated owns speed, he does not necessarily need the lead. In the Blue Grass, Essential Quality was projected to set the pace alone if Javier Castellano did not ask Highly Motivated to go. But in his past races, Highly Motivated ran as a stalker or mid-pack horse at one turn. At nine or 10 furlongs, he probably fits better as a close-range stalker.

In terms of speed figures, Highly Motivated shows a 118 TimeformUS Speed Figure for his Blue Grass runner-up finish, which ties Essential Quality’s 118 for winning the Blue Grass and Medina Spirit’s 118 for finishing second in the Santa Anita Derby (G1). The 118 is six points below Rock Your World’s 124 for winning the Santa Anita Derby, but it still puts Highly Motivated in the top mix.

The only question is whether Highly Motivated can handle 1 1/4 miles, as he did switch to his wrong lead late in the stretch of the nine-furlong Blue Grass. Regardless, he offers quality for odds around 8-1 to 12-1.

Rombauer ran third in the Blue Grass, losing by 5 3/4 lengths to the impressive winner Essential Quality. Highly Motivated beat him by 5 1/2 lengths for second.

With that said, Rombauer did not disgrace himself. By the half-mile, he was surprisingly traveling in the pocket and only 1 1/2 lengths behind the pacesetter Highly Motivated. The problem is that Highly Motivated led through a first quarter in 23.83 and half-mile in 48.21, making it difficult on any horse behind him and Essential Quality. On the far turn, the leading pair began to separate and Rombauer unfortunately did not keep up.

Although speed rules the points-era version of the Kentucky Derby, the race still allows long shot closers such as Mr. Big News last year and Country House at 65-1 in 2019 to hit the board. After a long steward's inquiry, long shot Country House also won the race by a controversial disqualification.

Rombauer is a natural closer, which makes the fact that he ran in third right behind the leaders by the half-mile fraction in the Blue Grass impressive. Even if he cannot set or press the pace in the Derby, showing a bit more speed helps. Country House's early position in 2019 is a good example.

Rombauer earned a 111 TimeformUS Speed Figure, which is competitive relative to this year’s crop. He only needs some early pace to improve by a few points and hit the Derby board at odds that might fall into the 20-1 to 30-1 range, or even higher.

Will he run in the Kentucky Derby though?

Rombauer owns 34 points, which puts him 21st on the Derby points list. A few defections in the next few weeks could move him up. According to a Keeneland press release, though, trainer Michael McCarthy might wait for the Preakness.

Just wait and see. The connections might feel differently in a week or two.

Despite finishing second in the Louisiana Derby (G2), there are some reasons to consider Midnight Bourbon in the Kentucky Derby, at least for an underneath spot.

As explained above, speed is useful in the Kentucky Derby. Midnight Bourbon contested the pace in the Louisiana Derby with Hot Rod Charlie before fading slightly in the stretch. He also pressed the pace in the Risen Star Stakes (G2) en route to finishing third and led in the Lecomte Stakes (G3) on his way to victory.

Whether or not Midnight Bourbon owns the ability to win the Kentucky Derby, he possesses the speed to secure a good position.

Even though Hot Rod Charlie beat Midnight Bourbon by two lengths, Midnight Bourbon might improve further. Notice how he keeps moving up on TimeformUS along with the longer distances and added experience. In his Lecomte win back in January, he only ran a 110 on TimeformUS. After that, he earned a 112 in the Risen Star and went up to a 114 for his runner-up in the Louisiana Derby.

Perhaps the 1 1/4 miles helps Midnight Bourbon even more, along with normal growth and maturity. Remember that Tiznow progeny are slow to develop. Tiznow himself did not become a top horse until later in his 3-year-old season.

If nothing else, Midnight Bourbon will offer odds of 20-1 or higher. He is one to think about using in the bottom slots at a generous price.