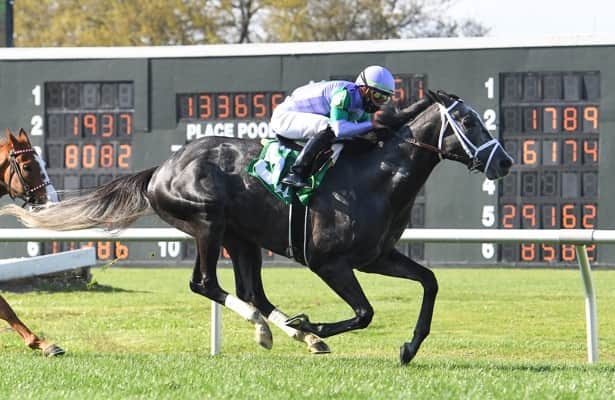 Defending champion Colonel Liam headlines the $1 million Pegasus World Cup Turf Invitational on Saturday at Gulfstream. Although Colonel Liam looks capable of winning this race once again, he enters off a long layoff and shows a bad race before the break. There is room for an upset.

Back when the Pegasus distance was one and three-sixteenth miles, Colonel Liam won this race by a neck over Largent a year ago. Colonel Liam then won the Muniz Memorial Stakes (G2) in March at Fair Grounds, before winning Turf Classic Stakes (G1) at Churchill Downs in a dead heat on the Derby undercard.

One month later in the Manhattan Stakes (G1), Colonel Liam threw in a clunker by finishing eighth by 10 3/4 lengths. He then went on the shelf.

When Colonel Liam made his return, he had a successful prep race for the 2021 Pegasus Turf in the Tropical Park Derby. This time around, Trainer Todd Pletcher did not use a prep race. He runs in a difficult turf race right away, and that is a concern even if Pletcher is sharp off the layoff.

Colonel Liam could win the Pegasus again, but given the layoff and lack of a prep race, it makes sense to spread in this race rather than single him.

This blog will use six other horses here for the Pick 4. The single will come in the Fred W. Hooper Stakes (G3), which gives room elsewhere to spread.

Colonel Liam’s stablemate Never Surprised earns a spot on the ticket because he is a newly turned 4-year-old colt with strong form as a 3-year-old. He won the Gio Ponti Stakes at Aqueduct in November by 6 1/4 lengths and the Tropical Park Derby by 6 1/4 lengths to close out his campaign.

Most horses improve in their 4-year-old season. He runs as a pacesetter though and one concern is whether the pace scenario is unfavorable.

For Hit the Road, the big question is whether he can handle nine furlongs or not. He shows nothing but one-mile races in 11 turf starts.

Ranked fourth on this list is Channel Cat, who brings some class as last year’s Manhattan Stakes (G1) winner. He lost four straight races after the Manhattan, but his fading fourth in the Bowling Green Stakes (G2) and second in the Red Smith Stakes (G3) were both good efforts because of the fast pace. Expect a pressing or stalking position on the cutback.

Field Pass is the fifth preference. To fully appreciate his most recent start, watch the replay of the Seabiscuit Handicap (G2) at Del Mar in November.

He makes an early move on the backside, and then still holds off both Sacred Life and Indian Peak in the stretch to win by a head.

There are also two bigger longshots to consider in Atone and Flavius.

Atone ran a closing second in the local Fort Lauderdale Stakes (G2) last month after the winner Doswell was left alone on an uncontested lead. Given Doswell's perfect trip, Atone’s failure to mow him down is forgivable. This now 5-year-old gelding still has room to improve further.

If spreading is unappealing, another option is to not play any multi-race wager ending in the Pegasus. The Fred W. Hooper and Pegasus World Cup both look chalky, and a Colonel Liam win in the Turf would contribute to a low payoff.

If a multi-race wager is played, it does not make sense to settle for low prices in all four races. The Pegasus Turf is a good race to fish for a better price by spreading far and wide, while forgetting about any vertical wagers.

Yes, use Colonel Liam and Never Surprised, but think about other options too, whether they are the same selections listed above or different horses.