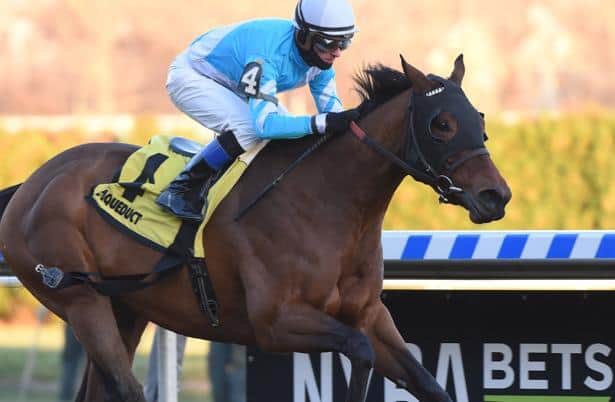 Aside from the featured Pegasus World Cup Series races on Saturday Gulfstream Park, there is a strong lineup of undercard other stakes races and two strong maiden races to decipher.

One of the most anticipated races is the Gulfstream Park Turf Sprint Stakes, which contains an exciting rematch between Stormy Liberal and World of Trouble. Plus, Breeders’ Cup Filly & Mare Sprint champion Shamrock Rose meets Blamed again in the Hurricane Bertie Stakes (G3).

While the card is not quite Breeders’ Cup-quality, it is an excellent set of races for a late January date when many good horses are still laid off and preparing to return.

See my select value-friendly picks and analysis below.

For those searching for a B or C selection in horizontals, Singandcryindubai, at 15-1, offers consistent Woodbine form and TimeformUS Speed Figures hovering around the 110 range.

With the move to trainer Jorge Navarro, those numbers can still improve as a 5-year-old gelding with a bit of upside, especially if the pace sets up well.

Think about the flaws in other B or C options, such as Oak Bluffs and Pay Any Price. Both of them are 9-year-old geldings and should hit a downward cycle soon. Also, Pay Any Price will get likely burned pace-wise by Recruiting Ready and World of Trouble.

On that point, there is no way Recruiting Ready can out-duel World of Trouble and Pay Any Price, and then hold off Stormy Liberal in the end. He is an easy toss.

World of Trouble and Stormy Liberal are the two best horses in this race, but those looking for one longshot option to use might find a good pick in Singandcryindubai.

The 3-year-old gelding Ranger Up, at 5-1, after a career debut at Tampa Bay Downs, deserves a look, as he got pinched at the start and initially ran second-to-last and 14 lengths off the leader. But once he picked up his feet and started running, he closed for a good second.

He stretches out to one mile in this spot. As a half-brother to route winners Mastery and Clear Sailing, the extra distance is not a huge concern. At Gulfstream, one-mile races are run around one turn anyway, which helps some sprinters make the transition.

Notice there is another Todd Pletcher entry in this race, yet the barn’s top pilot, John Velazquez, chose Ranger Up instead. Expect Ranger Up to show speed with a better break. From there, he can show off his talents without giving up several lengths.

But is 5-1 accurate? The odds sound too generous given the strong connections and promising debut run.

Two Peter Miller entries are competing in this race. Besides Surrender Now, at 6-1, Miller also sends a mare named Painting Corners, who ran a whopping 127 TimeformUS Speed Figure in the Senator Ken Maddy (G3) after setting a brutal pace at Santa Anita.

Ignore the recent dirt flop, and Painting Corners is turning into a top turf runner.

Even though the TimeFormUS Pace Projector expects Surrender Now will lead, watching that race and her next one on Aug. 26, setting the pace in this spot seems unlikely. In a five-furlong turf sprint, this mare wants to rate a length or two off the leaders.

From the rail, Surrender Now will settle into a pocket position, possibly behind her stablemate Painting Corners. When the time is right, she can switch out and rally.

As for the morning line favorite Morticia, she has lost her last five races at odds ranging from even money to 5-1. Is she going to run as the favorite here?

The morning line odds are consistently off at Gulfstream, but Morticia is underlaid if she does end up a lower price than Surrender Now or Painting Corners.

Assuming Blamed actually holds at 5-1, this is my best bet of the day.

She won the Comely Stakes (G3) in late November with a big 123 TimeformUS Speed Figure and finished second to Shamrock Rose in the Raven Run Stakes (G2) at Keeneland one month earlier. There is an argument Blamed ran better than her.

Blamed set the pace in the Raven Run, and TimeformUS marks every early fraction in red, meaning she went fast. The two fillies chasing Blamed, Chauncey and Moonshine Memories, both faded badly to ninth and tenth in the stretch, backing up the fractions.

Yet, Blamed kept fighting and she only lost by a little more than two lengths. She skipped the Breeders’ Cup but, as mentioned earlier, Shamrock Rose won the Filly & Mare Sprint one race later, proving the quality of the Raven Run field.

Pace Projector believes Blamed will enjoy a soft pace with an uncontested lead, which makes her even more attractive. At 2-1 or higher, she is a decent value.

At one point in time, the 8-1 shot Unbridled Juan looked like a promising horse who broke his maiden by seven lengths at Gulfstream in March of 2015. But he never progressed as expected, and his future connections fed him an endless amount of allowance and lower graded stakes races.

He is consistent, though, even as an older gelding. In six 2018 starts, Unbridled Juan hit the board six times and won three races, including two stakes events.

He also finished a close second in an off-the-turf Dixie Stakes (G2) at Pimlico.

Plus, the Fred Hooper is not the toughest Grade 3 out there, and it sets up for Unbridled Juan. The Pace Projector calls for a fast pace with talented speed horses such as Coal Front, Breaking Lucky and Copper Town set to knock heads, and this horse likes to settle in midpack. If it collapses, expect Unbridled Juan to fire late.