Kentucky Derby 2020: Toss out these 3 horses in trifecta wagers 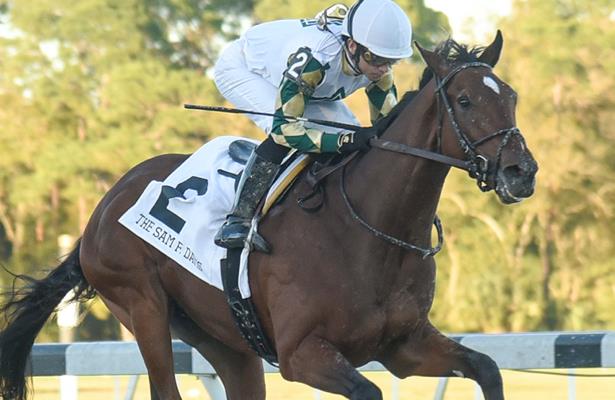 Not every horse is capable of hitting the board in the Kentucky Derby on Sept. 5 at Churchill Downs. For some connections, this is a once-in-a-lifetime experience to participate in the country’s most famous race with an average runner, and they know winning is unlikely. Other horses enter without the right experience, or they come into the race unprepared or rushed.

Here are three Derby horses that bettors would be wise to ignore. More specifically, these three horses are unlikely to even hit the trifecta, based on form and other factors.


The late closer Sole Volante owns an abundance of stamina pedigree underneath, which makes him a difficult choice to put on this list. But a few factors are against him.

For one, Sole Volante’s summer form is mediocre at best.

On June 10 in a Gulfstream optional claimer, he took advantage of an early speed duel between Shivaree and Ete Indien to close for a 3/4-length victory over the previously unknown Jesus’ Team. Shivaree held on for third, 1 1/2 lengths behind.

One start later, Jesus’ Team ran a non-threatening fourth in the Haskell Stakes (G1), losing by 7 3/4 lengths, before running second in the Pegasus Stakes to Pneumatic.

Sole Volante went on to close for sixth in the Belmont Stakes, 15 3/4 lengths behind the division leader, Tiz the Law. The most disappointing part is that Sole Volante ran only about three lengths behind Max Player in the initial stages. Yet Max Player gave enough of a closing kick to finish third and 10 1/2 lengths ahead of Sole Volante.

It is not a great idea to select a horse that did not win his own pace group. Why not just rely on Max Player for those underneath spots? Despite only a small advantage early over his fellow deep closer, Max Player outran Sole Volante by a significant margin late.

Also, why did Sole Volante take over a month to start working again after the June 20 Belmont flop? His next workout came on July 31.

When searching for prepared Derby horses, it is better to see no disruptions in the worktab. A strange gap is probably an indication of physical issues. Even if the horse is feeling fine now, he might race underprepared with important training time lost.

Furthermore, he is probable to begin the race around 18th, 19th or 20th. He does not have the talent to overcome the early deficit, even if he has the right stamina blood.

On the positive side, it is nice to see a fast workout on Aug. 22.

But the positives end there. Based on his form this year, Storm the Court does not show one race good enough to even hit the trifecta.

Storm the Court began his campaign by missing the Top 3 in the San Vicente Stakes (G2). Granted, the fourth-place finish came off a 100-day layoff.

But in his next start, Storm the Court faded to third in the San Felipe Stakes (G2) after chasing the speedy Authentic early. He finished behind Authentic by a clear 5 3/4 lengths and missed second to Honor A. P. by 3 1//2 lengths. Storm the Court could use the layoff excuse after Authentic and Honor A. P. outkicked him with no problem in the lane.

Two months later, the wheels then came off Storm the Court in the second division of the Arkansas Derby (G1). After stalking the pace, Storm the Court quit in the stretch run to finish sixth and 12 lengths behind a sharp winner in Nadal. In the same race, King Guillermo ran a strong second and Finnick the Fierce made a decent bid for third.

How is Storm the Court supposed to make up the deficit on King Guillermo and Finnick the Fierce, let alone beat Tiz the Law and Art Collector?

Storm the Court’s third in the Ohio Derby (G3) is insignificant, as he still lost to Dean Martini and South Bend, two non-factors on the trail.

For his final prep race, Storm the Court ran second in the La Jolla Stakes (G3) at Del Mar, on turf. Just focus on his dirt races.

Based on Storm the Court’s dirt races this year, expect him to utilize enough speed to sit in a stalking position, perhaps in fifth or sixth behind Authentic and company.

From there, he will likely fold into the bottom half of the Derby field.

After a promising 2-year-old season, Necker Island lost seven times this year. In fact, he hit the trifecta only twice in the last two months, when third in the Indiana Derby (G3) and Ellis Park Derby. While he did make the Top 5 in his other 2020 starts, he never gives any reason to believe he might move forward next time and step up to the next level.

Necker Island’s third in the Indiana Derby effort deserves little credit as he held a great stalking position in fourth and did not take advantage. When it came time to run in the stretch, both Shared Sense and Major Fed gave solid late punches from the back of the field, while Necker Island ran like an average horse despite holding a better spot early.

In the Ellis Park Derby, Necker Island lost by 8 1/2 lengths to Art Collector.

Why is Necker Island attempting the Kentucky Derby?

Three starts ago, on June 13, Necker Island was claimed out of an allowance optional claimer (also won by Art Collector) by trainer Chris Hartman and an ownership group that includes Wayne Scherr, Jackie Rojas and Raymond Daniels.

As mentioned in a past HRN article, Scherr is keen on experiencing the Kentucky Derby as an active participant.

Hartman said, “He always wanted to claim a horse that could do something like that, and this is the closest. It’s on his bucket list.”

It is hard to argue with that. If the horse is doing well, why not?

From a betting perspective, though, Necker Island is one horse to avoid.