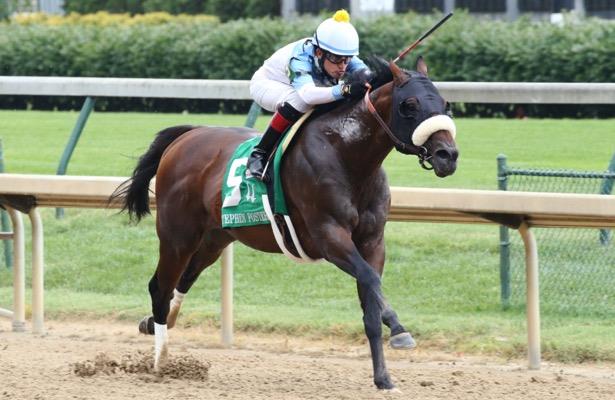 With the 2020 Breeders’ Cup at Keeneland pre-entries released along with past performances, there is some better clarity on which horses appear interesting in terms of value. The Juvenile races are scheduled for Nov. 6, while the main races are Nov. 7.

These value selections will focus on the Day 2 races, as those ones are easier to approach than trying to beat Princess Noor and Jackie’s Warrior on Day 1.

Given the presence of pacesetters Serengeti Empress, Gamine and Venetian Harbor, it is hard to imagine the pace not going at a fast clip. If all three of those fillies hook up on the front end, the first two fractions could end up in 21 and 43/44 and change, setting up the possibility of a stalker or closer mowing the trio down.

Bell’s the One is the obvious closer to use, and she is capable of winning.

For those searching for a bigger long shot though, Speech is likely to start at double-digit odds as a mid-pack closer. Yet, she already owns a Grade 1 on this course as the Ashland Stakes winner over Venetian Harbor in July. She ran a flat fourth afterwards in the Kentucky Oaks, but that is forgivable as a one-off, especially at the longer distance.

When the pace is fast, chaos happens. Think about Speech at 12-1 or higher.

On paper, Knicks Go is capable of securing a comfortable lead as long as Vekoma and Nashville do not compete here. If Knicks Go secures the lead, he wins.

Those two races came under the care of Brad Cox, who has turned Knicks Go into a front-running monster. If Knicks Go can wheel back in one month, secure the lead and repeat the 129 on TimeformUS, or even improve upon the speed figure, it would take an incredible effort by another horse to defeat him.

As a plus, Knicks Go is not the favorite, at least not according to overseas wagering.

Mean Mary lost the Diana Stakes (G1) by a neck to Rushing Fall after a solo lead. However, she never gave up in the stretch and still beat the third-place Sistercharlie by 2½ lengths. Plus, she can move forward as a lightly-raced 4-year-old filly.

With the longer distance, Mean Mary might even hold the advantage over Rushing Fall. Mean Mary had cut back in the Diana after winning the New York Stakes (G2) at the 1¼-mile distance by 5¼ lengths over My Sister Nat. My Sister Nat went on to capture the Waya Stakes (G2), before runner-up finishes in the Glens Falls Stakes (G2) and Flower Bowl Invitational (G1).

The only real question for Mean Mary is whether she can defeat the European invaders. If she can secure separation on the far turn though and hold the advantage into the stretch, she might last until the end.

If nothing else, the price is right. In overseas wagering, Mean Mary is trading around 7-1 as the fourth choice behind Tarnawa, Rushing Fall and Peaceful.

Digital Age always fit better at middle distances, even if he did just capture the nine-furlong Turf Classic (G1) at Churchill Downs with a powerful stretch move.

As a 3-year-old, he broke his maiden at one mile and took the one-mile Columbia Stakes at Tampa Bay Downs in his second start, despite a slow pace compromising him. In his third start, he also won the American Turf Stakes (G2) at the 1 1/16-mile distance.

In the recent Turf Classic, Digital Age mowed down a top turf miler in Factor This, who also starts in the Mile.

With all the Europeans taking attention, the public might forget about Digital Age. If the pace heats up, expect Digital Age to make another powerful move at a price.

Assuming the fractions are fast enough, Tom’s d’Etat might get involved late at a price. It feels like the public forgot about this horse after he ran a troubled third with a poor start in the Whitney Stakes (G1) at Saratoga. Before that effort, he beat Improbable in the Oaklawn Stakes and took the Stephen Foster Stakes (G2) at Churchill Downs.