Analysis: Who could beat Stradivarius in the Gold Cup? 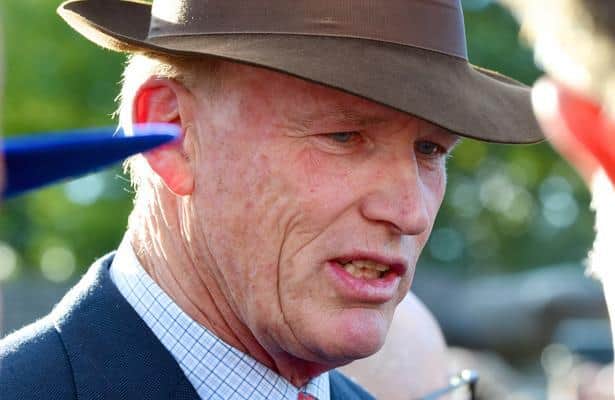 Finding an overbet favorite at the Royal Ascot meet is not the easiest task as an American handicapper, but once in a while a well-known name looks vulnerable.

For example, in the Group 1 $705,580 Gold Cup on Thursday, the famous Stradivarius attempts to win the approximately 2 1/2-mile race for an incredible fourth time in his storied career. However, Father Time always catches up. Stradivarius is a 7-year-old horse who arguably lacks the same form as before.

The downward cycle in Stradivarius’s form was seen in his last three races.

In the Prix de l'Arc de Triomphe (G1) in October, Stradivarius ran a disappointing seventh by 6 1/2 lengths with a 114 Timeform figure. On his regular days, Stradivarius could hit 120 on Timeform. He could also break 125 with his best.

Given that is the premier turf race in Europe and a cutback for him at 1 1/2 miles, perhaps the poor effort is forgivable. Stradivarius wants at least two miles to fire.

For backers who want to find something good and recent in Stradivarius’s form, he did win his local comeback race in the two-mile Sagaro Stakes (G3) in April. For many handicappers, that might give them the only evidence they need to argue Stradivarius is back on course for his current campaign. However, he only won by one length over questionable competition.

As seen in the replay below, it seemed as if Stradivarius would blow Nayef Road and Ocean Wind away while making his move wide in the stretch run.

Instead, he struggled to clear Nayef Road while barely holding off Ocean Wind.

No one needs to see the numbers though to realize Stradivarius does not appear the same. Maybe nitpicking the prep race is too harsh though. It is entirely possible that Stradivarius builds off the return win and moves forward enough to capture a fourth Gold Cup on Thursday.

Sure, the perfect scenario is possible for Stradivarius. With that said, why take a short price on a horse who has not been the same in his three most recent starts? Accepting a low price means not seeing any holes in the form.

For bettors seeking a price, the right option is Trueshan.

As written above, Trueshan won the British Champions Long Distance Cup by 7 1/2 lengths in his debut at two miles. The winning effort in the longest race of his career is a good sign he can handle a longer distance of approximately 2 1/2 miles. For those who use Timeform figures, Trueshan also earned a 126 for the effort.

When Japan tipped out and made his move, Trueshan never gave up.

Watch as Trueshan kept the margin close toward the wire.

For Trueshan’s first start off the layoff, the second-place effort is credible. He lost to a good horse, while putting 3 1/2 lengths on the third-place finisher Sonnyboyliston.

Trueshan ran a 120 on Timeform in his runner-up finish to Japan. If he can move forward in his second start off the layoff and handle the extra distance, then Stradivarius better bring his A game because Trueshan owns enough talent to win.

At the moment, Trueshan is trading around 6-1 to 8-1 with UK bookmakers. In North America, he might go off as the second or third choice. As long as Trueshan offers at least 9-2 in live wagering, his odds are fair in terms of a win and place bet.