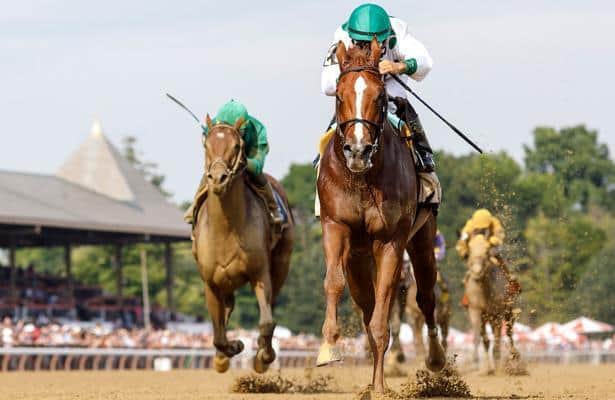 Analyzing major overseas race cards presents an extra challenge for Americans because the average handicapper has to study up on the foreign-based horses. Simply, there is not enough time to follow every racing circuit around the world.

Subsequently, bettors in North America tend to default toward familiar names rather than analyze the races thoroughly. With that point in mind, when playing Saturday's Dubai World Cup card at Meydan,  it makes sense to search for overlaid European and other international contenders, rather than only Americans who could take extra money in the domestic parimutuel pool.

The best strategy is to choose the best horse in relation to value.

Here are five similar selections for the undercard stakes races:

Despite Coal Front’s overlaid odds in the European market, he is probably going to eat a lot of money in this race given his name recognition. However, Muntazah is the hot horse at Meydan with two strong wins during the Dubai World Cup Carnival.

Muntazah enjoyed an inside trip up front in the Burj Nahaar, but two starts ago in the Firebreak Stakes (G3), he actually endured a wide trip that time and won anyway. Also, Heavy Metal broke sharper and ran inside in the same race, yet he faded to third.

If Coal Front is taken down, Muntazah is the one to beat him.

Stormy Liberal poses a threat in any turf race around the world, but he is not invincible. He already lost twice in 2019 and finished second in this race last year.

The European favorite Blue Point is a sharper horse with two wins in his current campaign, including a three-length score in the Nad Al Sheba Turf Sprint (G3).

Blue Point did not face the strongest horses in that race. But last summer, he also won the King’s Stand Stakes (G1) at Royal Ascot over the familiar Battaash.

The popular American runners Bucchero and Lady Aurelia ran fifth and seventh in the King's Stand, although the latter was off form by then and retired afterward.

To give a nod to Stormy Liberal though, he did take a bad step when second in a Santa Anita allowance race to Eddie Haskell. Also, Stormy Liberal’s runner-up finish in the Joe Hernandez Stakes (G3) two starts back going downhill came off a layoff.

Stormy Liberal could win this race and satisfy the majority, but Blue Point is less familiar and a major threat in his third 2019 start. This is an exciting race to watch.

Once good enough to make one of the Kentucky Derby Future Wager pools, Walking Thunder lost some hype with his second-place finish in the UAE 2000 Guineas (G3) at one mile. Now he stretches out to 1 3/16 miles for the first time.

There are some excuses to point out though from that last race.

For one, Walking Thunder ran a wide stalking trip the entire time, while the eventual winner Estihdaaf enjoyed a cozy inside trip while setting the pace.

Also, Estihdaaf probably benefited from a slow pace, too. Without internal fractions or pace figures, pace is more difficult to assess. But note how clumped together the horses looked after the opening quarter. In a fast pace, the field typically thins out.

From a pedigree standpoint, there is no strong reason he cannot go longer. Even though he is based overseas, this is an American-bred son of Violence and a Street Boss mare named Street Show. It seems like an ambiguous pedigree for routes.

This race contains a few American-based contenders who bettors here will recognize, such as Plus Que Parfait and Gray Magician. However, American horses normally do not show up here unless their Derby trail campaign is not going well.

The filly Divine Image will also pick up attention, as she is the favorite with European bookies. She should run well too, but Walking Thunder offers more value.

Time to revert back to an old favorite of mine. This race contains three speed-crazy American contenders in Imperial Hint, X Y Jet and Promises Fulfilled.

Because Imperial Hint and X Y Jet are drawn inside (with Roy H a non runner due to a sore foot), Promises Fulfilled will probably get the easier trip laying one or two lengths off the other two.

In most pace situations such as this one, the logical plan is to choose a closer.

Drafted gets some recognition for winning two straight races at this carnival as an outside closer, but his class is hard to pin down. Will his best race pass the Top 3 above?

Promises Fulfilled is the choice if he can act as an outside presser. Keep Drafted in mind. Of course, Imperial Hint or X Y Jet might endure the pace and win as well.

Although Magic Wand is a European, Americans know her well as the runner-up in the Pegasus World Cup Turf Invitational and fourth-place finisher in the Breeders’ Cup Filly & Mare Turf. In both instances, the wet turf course hampered her running.

Go back and watch the Ribblesdale Stakes (G2) last summer at Royal Ascot to see how this filly can perform on firmer ground. She put in an excellent effort to defeat Wild Illusion, Sun Maiden and Athena.

A few weeks later, Athena shipped to North America and took the Belmont Oaks Invitational (G1). Meanwhile, Wild Illusion stayed in Europe and won races such as the Nassau Stakes (G1) and Prix de l'Opera Longines (G1), before traveling to Churchill Downs for the Breeders’ Cup and finishing second in the Filly & Mare Turf.

While there were showers Thursday in Dubai, there's no rain in the weekend forecast. The favorite Old Persian is in great form, but Magic Wand can upset on firm ground.