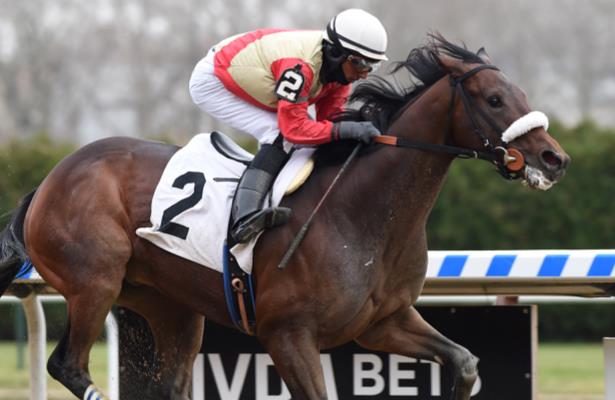 Six-horse fields aren't typically considered attractive betting races, but that's situational. At times, there is a flawed or over-bet favorite waiting to eat money when the close alternatives don't look far behind at a price.

In the Grade 3, $100,000 Dwyer Stakes, that heavy favorite is Code of Honor, who makes his first start after crossing the wire third in the Kentucky Derby. While he might win, he is not dominant enough on paper to warrant the 4-5 morning line price. In general, Derby horses that don't win continue to be over-bet.

Luckily, the race features two other legitimate contenders in Rowayton and Mihos.

The former turned in a sparkling performance in a local June 6 allowance race. At the top of the stretch, it looked like Payne had the race locked up on the outside, while Rowayton needed to wait momentarily.

But once Rowayton had a secure path, he rallied strongly along the inside and mowed down Payne late. Joel Rosario rode him with confidence.

Rowayton also shows back class as the runner-up to Game Winner in the Del Mar Futurity (G1) and the third-place finisher in the American Pharoah Stakes (G1). To point out one negative, though, he faded in both of those starts, especially in the latter race at 1 1/16 miles. But connections have said he's a different horse now that he's changing leads.

While he remains a worthy alternative to Code of Honor, it is not clear whether Rowayton wants to run a mile. The one-turn configuration at Belmont might help, but it is still not a given until he proves himself beyond a sprint.

In contrast, Mihos does own successful experience at a one-turn mile. This horse makes his return after a flat fifth in the two-turn Holy Bull Stakes (G2) at Gulfstream Park. For those watching the replay, there is no visible excuse for his effort. When the time came to run, he had nothing left.

But two starts ago in the one-mile Mucho Macho Man Stakes, Mihos turned in a better race and won with a “determined bid” as the line comments note.

Trophy Chaser had opened up in the stretch, but Mihos made a late final burst. Visually, it looks like a one-turn mile is the optimal distance for him.

With regular works since May 11 and three straight bullets to close out his work tab leading into this race, Mihos appears ready to fire. The connections are clearly aiming to win this one rather than use it as a warm-up.

Code of Honor was also in the Mucho Macho Man, and he faded after briefly ranging up alongside the leaders on the turn. In all likelihood, Shug McGhaughey undertrained him leading into the race, as he improved by winning the Fountain of Youth Stakes (G2), and finishing third in the Florida Derby (G1) and the aforementioned Kentucky Derby.

But Code Of Honor’s best speed figure on the TimeformUS scale is 118. Rowayton’s best figure is 116, while Mihos ran a 115 in the Mucho Macho Man. The Mucho Macho Man came in January, and a progressing 3-year-old will generally put up higher speed figures as he grows and becomes stronger throughout the year, which means Mihos should be capable of better.

Furthermore, even though Code of Honor can win, is it possible to make money off him? What is the point of playing a 4-5 shot?

The Dwyer's other three contenders are Majid, Final Jeopardy and Whiskey Echo.

Majid won the Easy Goer Stakes, but he also enjoyed an uncontested lead and slow pace. It is also questionable who he defeated, as the runner-up Grumps Little Tots had finished eighth in the Wood Memorial Stakes (G2) and Alwaysmining ran 11th in the Preakness. The disqualified Still Dreaming also ran sixth in the Chick Lang Stakes (G3) on the Preakness undercard.

If Majid wins, then he wins. On paper, he is outclassed.

Whiskey Echo returned off a layoff to take a six-furlong Churchill Downs optional claimer. But on closer inspection, the field quality was abysmal, even compared to the Easy Goer. The second-place Breaking News went on to run eighth in another optional claimer and the third-place Soap Bubble finished fifth in the same race which Breaking News returned.

Above all else, the fourth-place Tobacco Road ran a distant fourth by 8 ½ lengths in a $40,000 claimer. Whiskey Echo did not defeat anything of note.

He also makes his first one-mile start. Whiskey Echo can move forward in his second race off the bench, but probably not enough to win.

To wrap it up, there are three possible winners in Code of Honor, Rowayton and Mihos. The first option is too popular, while the second has distance questions. While all three can win, Mihos gets the nod for value reasons.

Given Mihos will start as the third choice, a win/place bet is the way to go. If the public goes for bridge-jumping action on Code of Honor and pours in at least $100,000 on him or more in the show pool, then bet Mihos to show, too.