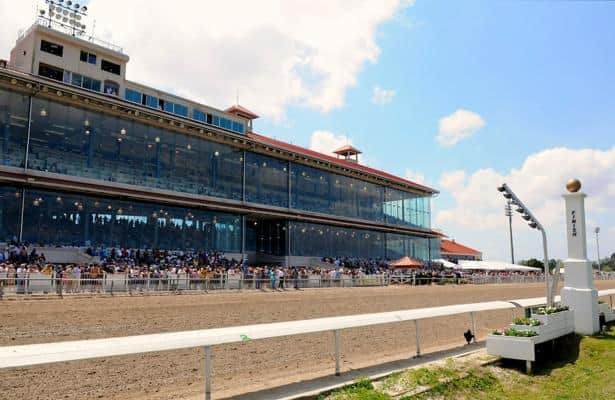 Maxfield brings welcome energy to the $75,000 Tenacious Stakes at Fair Grounds on Saturday. The popular 3-year-old colt trained by Brendan Walsh carries an undefeated record in three races and therefore high expectations into the race.

Despite Maxfield’s record in limited tries, he is not a great horse to rely on this weekend as he shows a couple of common handicapping strikes against him.

For one, the 210-day layoff remains a concern. Even though Maxfield came off a 231-day layoff to score in the Matt Winn Stakes (G3), the circumstances were different on the Derby trail. This time, there are no qualifying points on the line, giving less incentive to tune him up. As strange as this sounds, the goal is not always to win a race when starting a horse.

Also, Maxfield faces older horses for the first time. Sometimes sharp form does not translate to open company, even if the rest of the field is lower in class. The class difference can prove an illusion because the horse ran against only his own kind up until this point.

On that note, did Maxfield beat good horses even in the 3-year-old division?

Consider that Ny Traffic and Pneumatic did not hit the board in the Preakness Stakes — finishing ninth and 10th, respectively — after completing the trifecta in the Matt Winn in an exciting stretch battle. The fourth-place Attachment Board was not a factor in the Kentucky Derby either, running a lackluster 14th after a wide trip.

The final concern is Maxfield’s closing style, which works against him in this spot.

According to TimeformUS Pace Projector, Cool Bobby is supposed to secure an uncontested lead through a slow pace, with Locally Owned following behind in second and Sonneman in third. Cool Bobby is cross-entered in a Dec. 17 allowance race. If he scratches, then it becomes very exciting with no true speed horse.

Granted, higher class horses are supposed to overcome poor pace scenarios. But as noted, Maxfield’s superiority is not obvious on paper, given his past competition. And despite the ungraded status of the Tenacious Stakes, the field is not a pushover.

Maxfield might win, but his 8-5 morning odds are not realistic. Given his undefeated record and fan following, he is liable to fall to even money.

The best alternative choice based on ability and value is Locally Owned.

Locally Owned enters this race off a narrow optional claiming victory at Churchill Downs, winning by only 3/4 of a length over Chess Chief. The margin is deceiving because of the traffic on the far turn and how Locally Owned had to wait to strike.

Despite the traffic, Locally Owned earned a 114 TimeformUS Speed Figure, which is only one point off Maxfield’s 115 for capturing the Matt Winn. It is not entirely fair to compare the two numbers because Maxfield posted his top figure in May as a developing horse, but it gives players something to think about.

Two starts ago, Locally Owned ran a mild third to former 2019 Preakness also-ran Signalman in an optional claiming race at Keeneland. The effort is forgivable because the early fractions went in in a moderate 24.24 and 48.27 and Signalman had closer position to the leaders.

Locally Owned is still improving as a 4-year-old gelding. Note that the 114 was his career-high speed figure.

As long as the price is right, Locally Owned deserves a chance from bettors. He is listed at 5-1 on the morning line, and it seems probable he stays at those odds.

The race also does not lack competition from Maxfield’s own age group.

Sonneman enters this race after an impressive 5 3/4-length victory in a Churchill Downs optional claimer on Nov. 11. The son of Curlin and Zardana did not experience any traffic problems, but he did close into a soft pace set by Mo Mosa, who took the field through 24.92 and 49.12 early fractions, as Mailman Money followed along in second.

As a well-bred 3-year-old with trainer Steve Asmussen behind him, the sky is the limit. If Sonneman repeats the 119 figure here, he is going to prove tough to beat. He is 3-1 on the morning line but might go lower.

Captivating Moon, Mocito Rojo and Dinar complete the field. All three of these entries are closers, which makes them as pace compromised as Maxfield in this situation. But the difference is that Maxfield might own the talent to overcome the pace anyway, while those three do not.

Locally Owned, Sonneman and Maxfield are the best horses to use in multi-race wagers. For a win or place bet, though, Locally Owned is the one to choose if remains no lower than third choice on the board. If Maxfield attracts bridge-jumping action in the show pool, then putting money to show on Locally Owned or Sonneman is wise too.