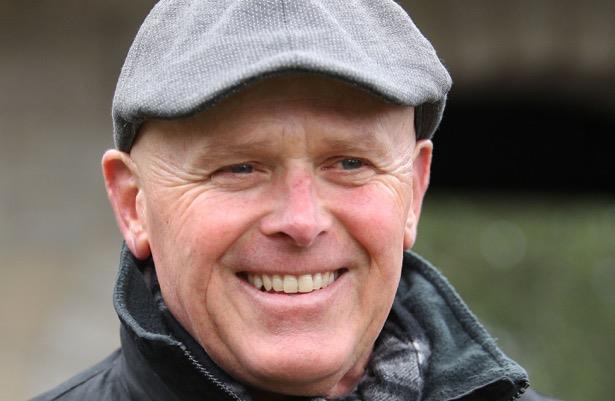 Picking a maiden in a graded stakes race is not a great idea in most cases. But the Grade 3, $500,000 Ohio Derby at Thistledown on Saturday offers a competitively-matched field that opens itself up to such a winner. Given the morning line favorite Storm the Court rides a three-race losing streak into this race, it is fair to think creatively.

For example, Established is 0 for 2 in his short career. Yet, he deserves consideration based on his runner-up effort at Churchill Downs on May 24, a race in which he displayed talent and earned a quality figure.

In that second start, Established initially vied for the lead with the longshot Rogue Element. He put away his pace opponent early, before receiving a stiff challenge from the 4-year-old Per Capita on the turn. Instead of giving up though, Established matched Per Capita in the stretch run as the two of them opened up on the rest of the field.

Per Capita gained a slim advantage to win by half a length. However, keep in mind Established lost to a horse one year older and trained by Chad Brown. Also, Established put 7 ½ lengths on the third-place horse.

Established earned a 114 TimeformUS Speed Figure, which is the second-highest figure in the field. If he only repeated the number this weekend, he could win. If he moves forward, than a win is inevitable.

Out of all the TimeformUS figures in this field, his 114 is only lower than Storm the Court’s 115 in the maligned Breeders’ Cup Juvenile.

In terms of pedigree, nine furlongs is not a problem. Established’s second dam Unbridled Run is a half-sister to Tejano Run, the 1995 Kentucky Derby runner-up.

Established is inexperienced, but he gets the top slot in this analysis based on the factors above. Watch the tote board. His fair odds are probably 5-1 or higher.

Otherwise, the race is wide open.

Dean Martini enters off a second in a June 12 optional claimer at Churchill Downs. While he lost by 1 ½ lengths to Man in the Can at nine furlongs, he crossed the wire ahead of notable names including Earner, Extraordinary and Sharecropper.

For the runner-up finish, Dean Martini only earned a 103 on TimeformUS. But he makes his second start for trainer Tom Amoss after getting claimed. Perhaps Amoss knows Dean Martini a little better by now. He must hold some confidence to move him up to a Grade 3 race.

Sprawl is another one to consider off an improved recent race.

In his eighth start, Sprawl picked up his second career win in a May 28 optional claimer at Churchill Downs, winning by 2 ½ lengths after stalking the pace. He earned a solid 110 TimeformUS Speed Figure.

Can Sprawl move forward off the 110? The number represents his best TimeformUS figure by 12 points, which makes analyzing him difficult. Only two starts ago, he ran a non-threatening third at Gulfstream.

Either Sprawl is on another level after spending his earlier seven starts in mediocrity, or the figure is an outlier. Both scenarios are possible.


Bear Alley also comes into this race off a career-high 110 on TimeformUS, which he picked up while running second in a May 30 maiden special weight at Churchill Downs. He is progressively improving with every TimeformUS figure higher than the last one.

With that said, Bear Alley is another maiden though. Unlike the twice-raced Established, Bear Alley has already lost five times without a win.

Regardless, Bear Alley ran second in his last three starts, one of them on turf, after missing the trifecta in his first two races. If nothing else, he is moving in the right direction. On paper, the stretchout is not a problem either, as this is a half-brother to turf marathoner Arklow.

South Bend is one of those horses who wins if he can take advantage of a race loaded with speed, but he is not a standout talent. This is a familiar closer who comes into this race off seven straight losses, five on turf.

In his dirt starts, South Bend won the Street Sense Stakes last September, before tailing off in the Kentucky Jockey Club (G2) and Mucho Macho Man Stakes. Still, he lost to some top horses in the former, including Silver Prospector, Finnick the Fierce and Tiz the Law.

As for Storm the Court, he has not run terrible this year.

Trusting Breeders’ Cup Juvenile horses at this point is tough. He is also probable to fall lower than his 3-1 morning line odds. But Storm the Court could win this Grade 3 event. Just do not expect any value.

In any case, Established is the top selection. While choosing a maiden on top in a graded stakes race is usually not a great idea, as long as the maiden offers clear talent and the field is wide open, it can happen. Give him a closer look before deciding on singling Storm the Court.