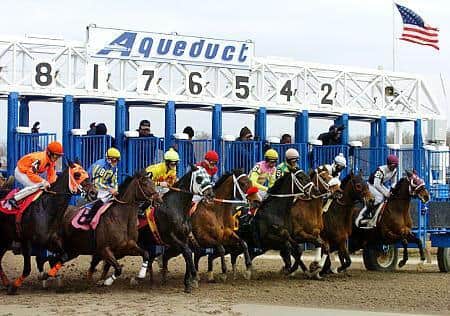 The race presents an interesting dilemma for handicappers. Do they trust Portal Creek off the huge speed figure in the Go For Wand Stakes (G3), or is the effort better seen as an outlier? The answer in this analysis leans towards the latter.

In the Go For Wand, the 5-year-old mare Portal Creek ran a close second after a stretch battle with the winner Sharp Starr, earning a 120 TimeformUS Speed Figure for the effort. The 120 is significantly higher than her opponents’ numbers on TimeformUS, although the difference is possibly not the same on BRIS and DRF.

Prior to that race, Portal Creek earned TimeformUS figures of 104, 100, 92 and 93 under new trainer Juan Guerrero. She also picked up three wins in that period, but all three of those wins came at the lower Parx Racing.

In the Nov. 2 Parx optional claiming race, Portal Creek only won by ¾ of a length. For what it is worth, she also won the Oct. 6 allowance race by 8 ½ lengths and Aug. 5 starter allowance by 14 lengths.

In fairness, it is possible Guerrero needed time to figure out Portal Creek and finally ran a 100 percent version of her for the Go For Wand. However, it still seems like a massive leap to go from a 104 to 120.

Why not take a shot with Call On Mischief at 6-1?

To start off, this filly is a popular one to own after back-to-back claims. This time, Call On Mischief represents the Kelly Breen barn after running a good second for trainer Linda Rice in a local six-furlong allowance optional claiming race last month.

For that Dec. 18 runner-up effort, Call On Mischief shows a 108 TimeformUS Speed Figure, which is also a career-best number. Two months prior to that race, Call On Mischief ran a 93 on TimeformUS after a disappointing sixth-place finish in a Keeneland optional claimer.

Moving forward from a 93 to 108 is significant as well, but the jump in figures is explainable given the switch to Linda Rice at the time. Plus, Call On Mischief is also a developing 4-year-old filly with 12 starts, making the change in speed figure range more plausible as a young horse. In contrast, Portal Creek made her 26th career start last time.

As for whether Call On Mischief can stretch out to seven furlongs, at least the pedigree points in that direction. This is a daughter of Into Mischief out of the dam Callmethesqueeze, who won multiple route races on dirt and turf in her career.

Also, why would Breen start Call On Mischief in a $100k stakes race off the claim unless he had some confidence? If there was something wrong, it would show in the race selection.

To give brief mention to other contenders, the defending champion Saguaro Road is not impossible either as she makes her second start off a 295-day layoff. Perhaps the flat fourth-place finish in the Garland of Roses last month is the result of race rust.

Besides the Interborough win, it is also notable Saguaro Road took the Pumpkin Pie Stakes over this course at the same distance in November 2019.

Likewise, Alisio makes her second start off a 334-day layoff after running a disappointing ninth and last in the Primonetta Stakes at Laurel in November. Alisio shows some big efforts in 2019 under Kiaran McLaughlin, but sometimes horses do not return the same, especially if the lengthy break was caused by a major injury.

Portal Creek can win at a short price, but Call On Mischief is the better value to Win or Place, or even to Show if there is any chance of a bridgejumping situation with Portal Creek. Saguaro Road is third on the priority list and probably deserves a spot in multi-race tickets as the defending champion, while Alisio a longer shot to recapture her form.