5 horses who could make the Travers Stakes special 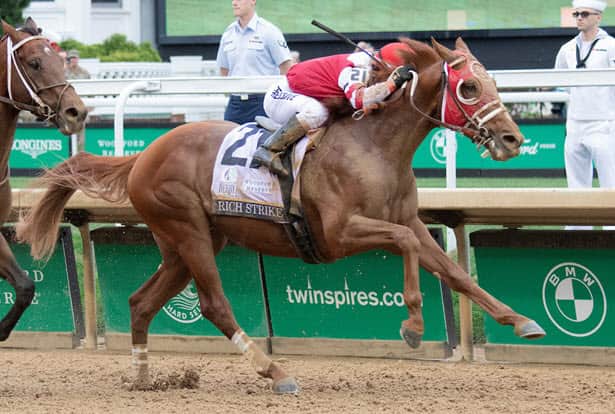 Even though the Triple Crown has been less than compelling for most fans this year, think about all the great storylines setting up for the Grade 1 Travers Stakes in August at Saratoga. If the right runners remain healthy, the Travers might live up to its other name as the Midsummer Derby.

Five horses could make the Travers the race of the year, with Rich Strike, Early Voting and Epicenter the most important 3-year-olds who could enter because of their big Triple Crown efforts and overall popularity. Those three colts offer great storylines for the Travers.

For one, Rich Strike is within range of the 3-year-old male Eclipse Award. Typically, voters favor the Kentucky Derby champion for this award (last year’s controversy with Medina Spirit does not count) and one more Grade 1 victory against his peers could go a long way towards swaying voters.

What about Early Voting? After being held out of the Kentucky Derby and skipping the Belmont Stakes, his storyline is proving himself at 1 1/4 miles. He already won the Preakness at 1 3/16 miles while showing a new dimension by sitting off another horse rather than setting the pace.

As for Epicenter, he can take his first step toward re-establishing himself as the top 3-year-old in the division with a Travers win.

After winning three Derby trail races at Fair Grounds in the winter and spring, Epicenter shot to the top of the 3-year-old division. He also went into the Kentucky Derby as the expected favorite despite the poor morning line.

Even with excuses for each loss, Epicenter’s stock took a hit when he finished second in both the Kentucky Derby and Preakness. He can get back on track by dominating a prep race and taking the Travers.

If Epicenter can capture the Travers and another Grade 1, he also could take a step toward the Eclipse Award. Because Epicenter did not win one of the Triple Crown legs, the task is a little tougher, especially if he tackles older horses in the fall. But he is not out of it.

Now to discuss two other Travers runners who could make the race great.

Throw in the Derby runner-up Zandon as well. He deserves a shot to redeem himself after finishing third to Epicenter in the Risen Star Stakes (G2) and finishing third in the Kentucky Derby as Epicenter held him off for second. In between, he won the Blue Grass Stakes (G1) impressively over Smile Happy in second at Keeneland. Zandon still still develop and take another step past Rich Strike, Epicenter and Early Voting.

The 1 1/4-mile distance also seems perfect for Mo Donegal, who beat Zandon after a controversial stretch battle in the Remsen Stakes (G2) last December. In his final prep race before the Kentucky Derby, he won the Wood Memorial Stakes (G2) at Aqueduct by running down the future Preakness winner Early Voting. Mo Donegal then made a decent closing move for fifth in the Kentucky Derby after drawing the rail post position.

Mo Donegal could prove himself as the best long-distance router with wins in the Belmont and Travers. He runs like he never gets tired. He also could prove that he does not need Aqueduct to win his races.

Those are the five horses who could make the Travers special. Of course, they all need to remain healthy and get to the race in August first. With that said, it certainly seems like all the major storylines are coming together for the accurately titled Midsummer Derby at Saratoga.