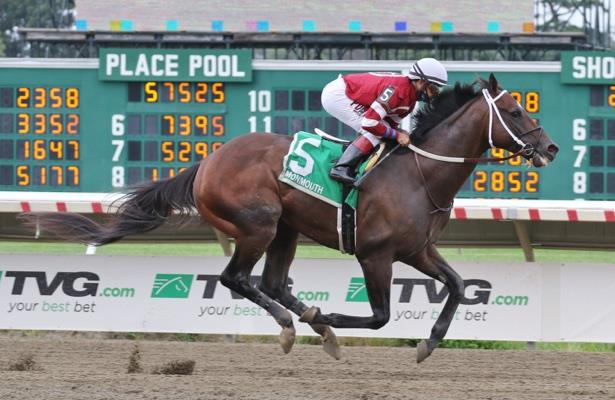 Following Saturday's final points race, a contender reconfirmed his potential as he climbed in the rankings while another remains locked in on the bubble. Here is an updated look at the points picture exiting the Pegasus Stakes.

By winning the Pegasus Stakes, the son of Uncle Mo jumps to No. 11 on the Kentucky Derby leaderboard following a fourth-place finish in the Belmont Stakes. Now that points are no longer a concern, his connections just have to decide if the Kentucky Derby will be his next race.

Since the 2020 Kentucky Derby prep season has been anything but ordinary, it’s not much of a surprise that we could see a horse like this make it into the Kentucky Derby field. Jesus’ Team made it out of the Maiden claiming races early on in the 3-year-old season and into the field for the Haskell Stakes, where he took home 10 points with a fourth-place effort. By following that up with a runner-up finish in the Pegasus, Jesus’ Team now has a chance to qualify.

Two hurdles must be cleared, however, before the son of Tapiture can secure his spot in the Kentucky Derby starting gate. First, he will need a horse that is currently ranked in the top 20 to opt out. That’s the easy part as the connections for more than one horse ahead of him in the rankings likely will make that decision. One of those is Rushie, a possible Kentucky Derby starter that still has to pay an entry fee. And the late Triple Crown nomination fee is the second hurdle the connections for Jesus’ Team face in the coming weeks as he is not Triple Crown nominated.

Because of the points scale in the Pegasus Stakes (20-8-4-2), each of these horses was counting on a win to make their Derby hopes a reality. As Seen on TV could’ve made it onto the bubble by finishing second, but the son of Lookin At Lucky wasn’t in contention on Saturday.

Swiss Skydiver proved once again that she could be the best 3-year-old filly, but it appears that her connections aren’t willing to race her back against the boys next time out. Following a sensational win in the Alabama Stakes, Swiss Skydiver is still on track to skip the Kentucky Derby in favor of the Kentucky Oaks.

“I would say today it’s going to be the Oaks,” trainer Kenny McPeek told NBC. “That’s a big step, the Derby. It’s a bigger field."

In other news surrounding horses in the top 20, the connections for Storm the Court confirmed that the son of Court Vision likely will start in the Kentucky Derby. "The owners feel that he has earned the right to go there" said his trainer, Peter Eurton. "Especially at the mile-and-a-quarter distance, he deserves a shot. I think it’s a tough race, but that has never scared us away before."

Meanwhile, a few horses in the top 20 that have opened up their position in the starting gate by opting not to run include Country Grammer (50 points), Shivaree (40 points) and Anneau d’Or (32 points).