Kentucky Derby 2013: The Quest for Winning Your First 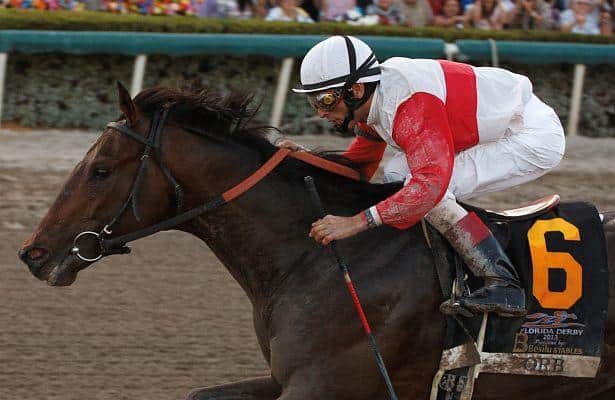 The Kentucky Derby makes a resounding case as the number one race in the world. It stands out as the most recognizable, because of its rich history, traditions and legendary champions. The popularity has increased so much it has now become a global sporting event that attracts athletes from all over the world. The battle for the next Triple Crown begins here, and because this main event carries so much weight everybody wants to win.

It’s the one race that every jockey, trainer and owner have on their list. I’m willing to bet that it’s the number race on all of those lists. For anyone that dedicates their careers to thoroughbred racing it’s the race that everyone also wants to experience. But, once you catch the derby fever, it then becomes the one race you need to win before you step away.

Nobody likes losing, and that includes the fans. But, one thing that softens the blow when you throw away your losing tickets, is the sight of someone winning their first. The closest I ever came to a first time winner was in 2011 when Johnny V galloped Animal Kingdom back towards the winners circle. Although I was 15 to 20 yards away you could not miss the look. Of course you saw an athlete that had just won the big one, but it was also apparent that he had just scored the victory that he had been chasing for years. I didn’t win with him and his first time winning connections, which also included Team Valor and trainer Graham Motion, but it was still pretty cool to see.

As we all know the size of the field in the Kentucky Derby makes one thing certain every single year; there will always be a considerable amount of riders and trainers going for the first. But, is anyone else surprised that you have to go all the way back to Charismatic in 1999 to find the last time the winning jockey and trainer were repeat winners (Chris Antley and D. Wayne Lukas). The following year Kent Desormeaux scored his second aboard Fusaichi Pegasus but it was the very first Kentucky Derby win for trainer Neil Drysdale.

It was that year that the dominos tipped in favor of someone still searching for their first. Since, they have continued to fall. Over the past 13 years we have seen two trainers win again (Bob Baffert and Carl Nafzger) but when they did it was their jockey’s first. Also since 2000 we have seen two jockey’s each win for the 2nd and 3rd time. But again, even though Calvin Borel and Kent Desormeaux were in familiar territory their trainers were not.

So I guess you could point to this phenomenon as a streak, or maybe even a trend. But besides breaking it down any further I prefer to talk about whom in the 2013 Kentucky Derby has the best chance of scoring their first. This decision required a good amount of thought but I’m pretty confident that the leader of the pack are the connections of Orb, jockey Joel Rosario, and trainer Shug McGaughey.

Since his win in the Fountain of Youth Orb is a horse that hasn’t faltered. His Florida Derby win was impressive to me and I expect him to be in a very good position as they head into the final turn on Saturday. Adding to chances was an electric workout this morning at Churchill Downs. His 4F work in 47.8 has everyone buzzing so there’s no doubt in my mind that if a first time Kentucky Winner emerges in 2013 it will be the connections tied to this colt.

McGaughey’s closest attempt at winning the roses was with Easy Goer in 1989, when he finished second to Sunday Silence. And who could forget the most memorable stretch duels of all time, they put on in the Preakness? The two hooked up on the lead before they even hit the top of the stretch and from there they went stride for stride all the way down to the wire. I’ll Have Another and Bodemeister had a battle last year but for me personally it can’t compare to the one we saw in the ‘89 Preakness.

Sent off as a big favorite in the Derby, it was probably a gut-wrenching defeat for McGaughey, and something that he soon forgotten en route to a Hall of Fame induction in 2004. Since, Shug has only returned to the Kentucky Derby with a horse on one occasion before this year. Although Saarland was a legitimate qualifier in 2002, there’s no way you can compare that horse to Orb. If any comparisons are to be made, Orb would relate more to Easy Goer than anyone else because Orb is a serious contender.

His physical characteristics have been appealing to the eye as well since his arrival at Churchill Downs last Monday. He’s been described with such admiration and his most recent workout only added more fuel to the flame. When you add a personality and racing legend like McGuaghey to the equation it becomes a quality Kentucky Derby story. His Kentucky roots, success over the years and outstanding relationship with the Phipps family make him a trainer that you won’t mind losing to if Orb isn’t your horse.

As for Joel Rosario he has yet to hit the board in the Kentucky Derby. His best was a 4th place aboard Make Music for Me in 2010. But he’s also a jockey that enters this week red hot and can easily improve his Kentucky Derby track record in less than two minutes.

Joel Rosario entered his first full meet at Keeneland with a lot of expectations but what he walked away with was amazing. His 38 wins broke the previous spring meet record of 32 set by Randy Romero in the spring of 1990. Heading into this week Rosario appears to be a man on a mission and he couldn’t be happier with the horse he was asked to ride.

Rosario was not aboard in the two biggest wins of Orb’s young career but how can you forget the rider that was up from the very beginning. Rosario was the only jockey in the Juvenile season and he also returned for the first race of the 2013 season. Velazquez took over from there for the FOY and Florida Derby but now it is time for Rosario and Orb to reunite.

The combination of a hot rider and a horse that keeps turning heads could be lethal. Because Orb is slowly taking the position of Morning Line favorite this choice is probably not a surprise. He's on a powerful streak of four wins in a row and he comes out of the Florida Derby, the race that has become the most highly regarded prep of them all. However, making it happen will still require a lot of work. Standing in his way is a whole list of horses that also have connections in search of their first Kentucky Derby win as well as a pair of repeat threats named Verrazano and Revolutionary. (i.e. TP, Johnny V and Borel)

I can’t say for certain if I will be playing Orb in the 139th Kentucky Derby. If I don't however, I won’t be too bummed out if this team beats me. All together they make for an excellent story as Derby week begins and have the potential to leave us with a very memorable moment on Saturday afternoon. I’m sure the entire racing world wishes trainer Shug McGuaghey the best of luck in his quest for his first Kentucky Derby win and so do we at HRN.