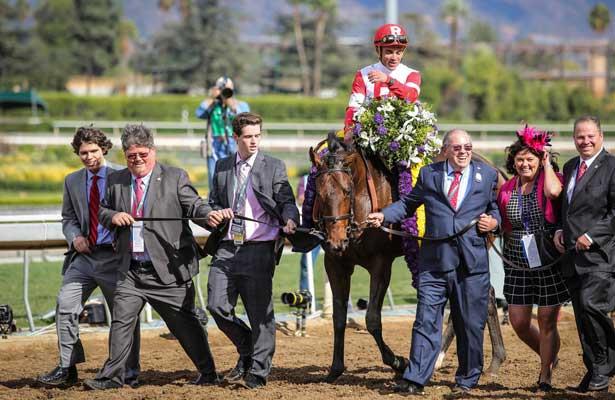 The only thing certain in a Breeders’ Cup Turf Sprint is uncertainty.

I have a friend who shuns betting any turf sprints, saying, he couldn’t pick a winner in such races during the replay.

In fact, I’ll wager that either 1) you don’t recall who won last year’s race without an Internet search or perusal of the past performances or 2) you couldn’t pick the winner on replay if you watched the race again.

Such was the dramatics of Bobby’s Kitten Breeders’ Cup Turf Sprint last-to-first drive. He wasn’t even in the broadcast screen when the leaders passed the final furlong marker. Tell you what, the son of Kitten’s Joy - much more noted for putting out turf winners at a distance - was at the finish line with time to spare, picking up and putting down his hoofs with such ferocity, and so late, that track announcer Larry Collmus only called his name once down the stretch.

Last year’s winner is coming off a disappointing and shortened 2015 campaign with two, off-the-board-finishes in his only two starts. The deepest of closers ran on the lead in his first start back at Woodbine, only to fall to seventh and was rank in the Shadwell Turf Mile before finishing well back in ninth.

There will be mostly new horses for Bobby’s Kitten to defend his title against as only two other challengers from the 2014 Turf Sprint will be returning in Ascot-winning, Undrafted and Marchman, a well-beaten eighth in the Del Mar Mile in his last. Only Undrafted, who looked to be making a winning move until Bobby’s Kitten blew by him last year, has seemed to hold his form with four in-the-money-finishes in all four starts.

Among the top challengers, Lady Shipman brings seven wins from nine 2015 starts to the table, but will be making her first start against males here and winner of three straight, three-year-old Ready for Rye, will be taking on older horses in stakes company for the first time.

Searching down the field may reveal more questions than answers. Such as Mongolian Saturday, a runner up in his last two starts including the Woodford Stakes at Keeneland last out. He will be breaking from the far outside post conceding a lot of ground into the first turn. Breaking from the inside is Christophe Clemente’s rejuvenated four-year-old Pure Sensation, a two-time winner this year including the Grade III Turf Monster Stakes at Parx in his final prep before the Breeders’ Cup. A well-thought of three-year-old who finished fifth in last year’s Woody Stephen Stakes, he has seemed to find a home on the grass and will be fresh for this speed test.

An interesting player in the big field, is the Gary Mandella-trained No Silent. The hard-knocking son of Silent Name has 7 wins from 23 starts and is three for his last three, going from a straight $50,000 claiming win to a Grade III winner in the Eddie D. Stakes, down the hill at Santa Anita.

The rest of the field doesn’t look ready for prime time, but anything seems to happen on the short turf run, so why not take a shot, if you must.

» Horse: Lady Shipman
» Horse: Pure Sensation
» Person: Gary Mandella
Tony Bada Bing began his lifelong quest of finding winners more than 35 years ago as a fifth grade student. This is when his grandfather first took him to the many Off Track Betting facilities sprinkled throughout Long Island, NY. While many kids his age were clamoring to hit the beach or an amusement park during summer vacation, Bada Bing was spending it in stuffy, smoked-filled rooms filled with retirees and reprobates listening to Marshall Cassidy on tape delay calling Saratoga. 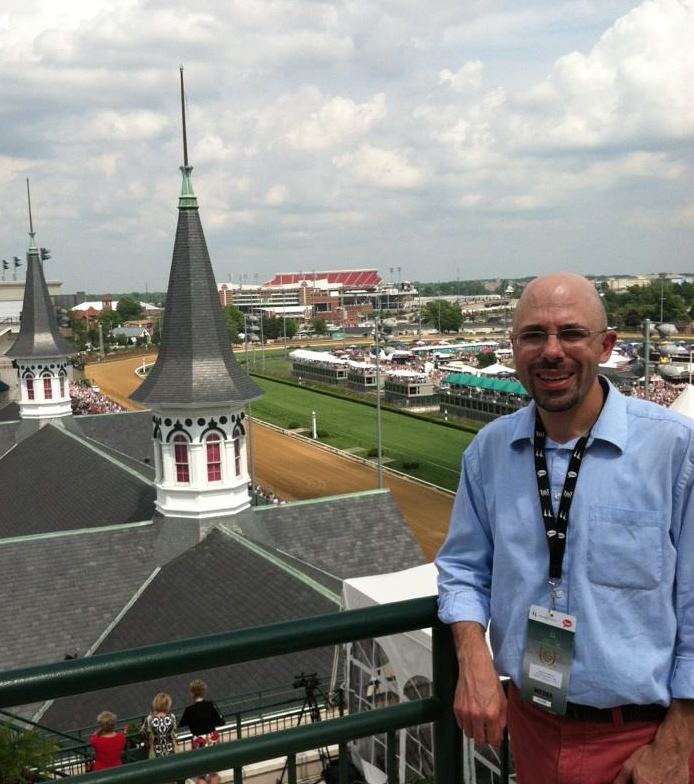 This passion was further lit by his father, who took Bada Bing to East Boston's Suffolk Downs, only after Bada Bing learned to read the Racing Form. For most of his young adult life a summer rotation of NY OTB, Suffolk, and the now shuddered Rockingham Park in Salem, NH filled his betting days.
Notable winners along the way: Willow Hour's and Runaway Groom's Travers wins as well as Derby winners Grindstone, Thunder Gulch (which he called in print the day before) and Super Saver. His latest quest is to hit the Kentucky Derby superfecta.
Bada Bing plays tournaments at Derby Wars, bets through several account wagering sites and has blogged about Thoroughbred racing for the past four years. He prefers the bigger meets of NYRA and California as well as seasonal meets of Gulfstream, Churchill and Oaklawn. He likes vertical, multirace wagers like Pick 4s.
He has produced several Horse Racing Nation videos, in addition to blogging. He can be found at Twitter @tonycbadabing. While away from the track Bada Bing enjoys time with his wife, who tolerates and supports his passion, and his two children.