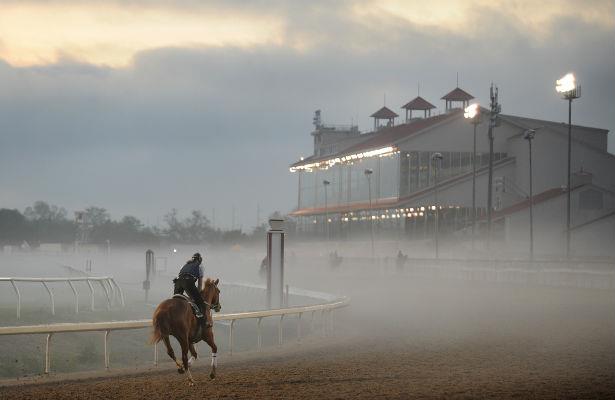 As the new face at HRN, I wanted to provide you, the reader, a chance to know whose articles you were reading. This is a short look at my history as it pertains horse racing...

Having a father raised at a time when horses were as common and necessary as cell phones are to people now, it seemed that I was destined to become a horseman. My earliest adventures at the track came by way of galloping and grooming horses for him, and to him, I owe everything I know about horses.

I was sixteen when dad sold the ranch and hit the road running; literally. What began as a week to week shindig at the local county fair, soon became a way of life. The transition from racing at the unrecognized tracks in Colorado, New Mexico and Arizona was slight at first. However, the knowledge gained along the way allowed me to travel and work at racetracks all across the Midwest and Northwest, as well as Mexico and Canada.

By the time I wanted to go out and work for someone in the industry, other than dad, he had developed a reputation as the “King of the Bushes.” When we pulled into the track with a horse at a fair meet, they knew they had better put on their running shoes.

So it was through the association with my dad that I never had a problem going out and finding jobs with those that knew about him. After working as a groom for C.J. Livingston one winter at Rillitto Park, we then traveled to Canterbury Park for the mixed Quarter horse and Thoroughbred meet held there. It was at Canterbury that I first became a trainer and I spent two years in that capacity, there and at Remington Park.

Those years at Canterbury were unforgettable, and highlights included having my first two wins come back-to-back on the same card. Moreover, Aaron Gryder was scheduled to have a mount in that year’s Lady Canterbury Stakes and he accepted the call on my mare Nasty Paster ( Flying Paster - Nasty Jay, by Naskra), in an allowance race prior to that event.

She won easily under Aaron, and after the races he came to the barn to express his appreciation for the mount. A classy act from a classy guy. Furthermore, I had the opportunity to become acquainted with several industry notables at Canterbury.

Such as the voice of Tampa Bay Downs' Richard Grunder and current commentator for ESPN and TVG, Donna Barton Brothers, as well as former jockey Shannon Ritter. Shannon now trains a small stable on her own in the Midwest and her clientele include Winstar Farms LLC.

After experiencing the highs and lows with my first group of owners as a trainer, I would meet W.J. Smith in Farmington N.M. in the fall of 1999. Together, we would team up for five great years of racing, alternating primarily from New Mexiov and Arizona, in the winter, to the Northwest at Emerald Downs and Hastings Racecourse in the summer.

Moreover, we also ran horses at Calgary, Winnipeg, and Northlands Park. While together, Bill and I averaged 35% wins during those five years, while racing mainly in allowance and stakes company.

A retired Canadian Mounted Policeman himself, Bill Smith was not opposed to stepping a little outside the law at times, and our partnership was both entertaining and memorable.

Notable were our wins in the Downs at Albuquerque Handicap with Vernon Invader (Ringside - Pacific Invader, by Welsh Legend). And the Chandelier Stakes at Turf Paradise with Sassy Chimes (Chimes Band - Village Sass, by Sassafras (FR)).

A multiple Stakes winning daughter of Chimes Band, Sassy won nine of eleven of her starts while in my care. And though we did win several other significant Black Type Races as well, those are just two in my mind that stand out.

Bill and I only separated, due to my developing physical problems, that prevent me from being on my feet at the track all day.

And that's what brings me to HRN. Unwilling to exit the world of horse racing, I am instead embarking on a different role in the sport, by way of writing.

My goal here at HRN will always be  to provide the audience with articles that they will find both informative and entertaining. Moreover, if you find you would like to learn a little more about a particular horse, or past history of the sport, I will do my best to bring that story to you. Follow me on Twitter @coloracefan, and I will see you at the races. 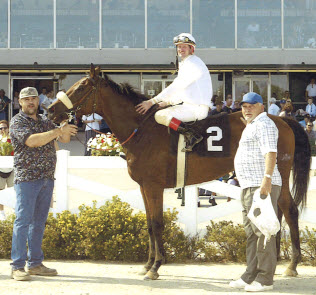 More than just a fan, Fred brings a lifetime of experience in horse racing into his articles. His titles in the industry have ranged from groom and gallop person, to assistant trainer, trainer, and owner-breeder. Fred's experiences in racing have brought good times and great memories which he hopes to share with you. Seeking to assume a new role in the sport, Fred is currently pursuing a Bachelor of Arts Degree in Journalism and Communications at Ashford University. He writes and does his classes through an online platform from his home in western Colorado. His primary objective is to pass along the knowledge, associated with his years of working at the track, to the readers. His primary interests include pedigree research and industry related news, as well as the history of racing in North America. Through HRN, Fred’s plans are to develop meaningful relationships with the audience while buildin his portfolio as a turf writer. His motto is, 'keep your horses in the worst possible company and keep yourself with the best', and that is why he has chosen to bring you his ‘Tales’ here at Horse Racing Nation. Follow Fred on Twitter @coloracefan and let all your bets be winners!