World’s best: These 18 races stand out from all the rest 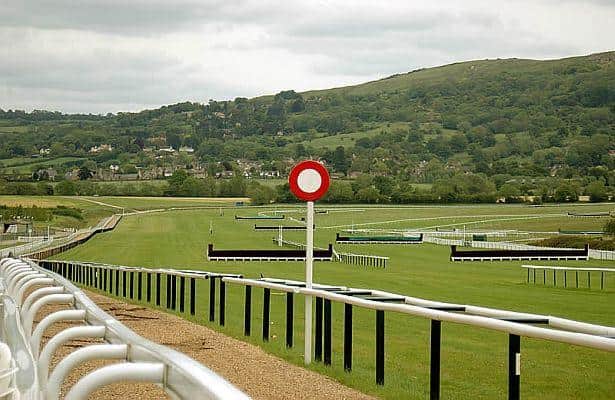 At some point in our lives, we all have used the word “classic” to denote distinguished or unique works in areas such as art, movies, cars, literature, architecture, fashion and sports.

A classic can be defined as something of recognized value having transcended time and trends. A reference point that has become part of cultural folklore. Traditional and enduring. A standard of excellence, possessing the highest quality and outstanding of its kind.

In Thoroughbred racing, the classic designation applies to a race for 3-year-olds. However, many major races for older horses from around the world can be considered “classic” in the sense that they boast traditional importance, form the foundation of a country’s racing season and are the benchmarks upon which careers and legends are based. Elite horses are bred and purchased with the intent to win them. It’s just not the prize money that lures horsemen to these major events, it’s the prestige, the history and the heritage that these races represent.

These historic races, whether restricted to 3-year olds or open to older horses, provide the yearly narrative around which racing revolves and are considered the ultimate test that identify the stars of their generation.

Based on their yearly placement on the racing calendar, here are “classic” races from around the world with long-established significance that are not to be missed.

Regularly held: Thursday of the Cheltenham Festival in mid-March

The world’s most celebrated jump meet attracts huge audiences and covers a four-day span of racing starring the coveted Gold Cup. The race is conducted over 22 fences and attracts some of the best steeplechase horses, jockeys and trainers.

A novel concept when it debuted, the Dubai World Cup grew to become the world’s richest race until the Saudi Cup debuted in 2020, putting the United Arab Emirates on the horse racing map. Cigar, the best horse in North America at the time, won the inaugural race, establishing the Dubai World Cup as a legitimate competition.

An icon of the British sporting calendar, the Grand National is perhaps the most renowned steeplechase event in the world. The race, testing horse and jockey, is best known for its 30 jumps during two laps over the famous course.

The 1,000 Guineas is the distaff equivalent of the 2000 Guineas and is the starting point for Britain’s Fillies’ Triple Crown. Unlike American racing, the twin Guineas are contested on a straight course with no turns

Regularly held: First Saturday in May

The first leg of the American Triple Crown, the Kentucky Derby is one of the world’s most iconic races. With Churchill Downs’ recognizable Twin Spires serving as the backdrop, this American classic for 3-year-olds known as “The Run for the Roses” captures the attention of millions and is the one event beyond all others that every North American horseman dreams of winning.

Regularly held: Third Saturday in May

As the middle leg of the Triple Crown, the Preakness is the link that joins the series. It comes just two weeks after the Kentucky Derby, testing the winner’s fitness level and determining whether a sweep is still possible.

Regularly held: June on the third Saturday after the Preakness

The third British classic of the season is the middle leg of Britain’s Fillies’ Triple Crown. It was established a year before the Epsom Derby.

Simply known as just “The Derby” outside the U.S., this has long been regarded as the most prestigious Thoroughbred race on the English racing calendar. The second leg in Britain’s Triple Crown has lent its name to many other prestigious races around the world.

Regularly held: Thursday of the Royal Ascot meet in mid-June

The Royal Ascot meet is a five-day series featuring 16 group races, including eight Group 1s. With Her Majesty Queen Elizabeth II and the royal party in attendance, Ascot’s most historic race is not only the highlight of this week-long festival, but of the British racing calendar.

Where: The Curragh, Ireland

Ireland’s most important Group 1 event of the racing season is the middle race in the Irish Triple Crown. It is not uncommon for horses who have previously contested the Epsom Derby and/or the 2000 Guineas to challenge for the Irish Derby.

The world’s oldest classic and longest of Britain’s five classic races, the St Leger is the combined final leg of both British Triple Crowns, which has gone unclaimed since Nijinsky last accomplished the feat in 1970.

Age: 3-year-olds and up, no geldings

The Prix de l’Arc de Triomphe, arguably the world’s greatest horse race, known simply as the Arc, is an international affair and one of Europe’s biggest racing events. The Arc draws a top-notch field each fall that often features current classic winners and established stars from around the world.

Thoroughbreds from around the world, with the hosting American horses facing off against the cream of the crop from other continents. The culmination of the two-day affair featuring 14 divisional races is the Breeders’ Cup Classic, a true test that often plays a major factor in deciding America’s Horse of the Year.

Billed as “The Race That Stops a Nation,” the Melbourne Cup is a huge event that attracts a strong international presence. Since its inception, the race has become the highlight of Australia’s social and sporting calendar.

Japan’s richest race quickly established itself as a dynamic international contest. 10 different countries have won this event, including the U.S., but Japan-bred and trained horses have clinched the last 16 consecutive years.

The Hong Kong Cup anchors four Group 1 stakes that compose an international racing festival attracting a competitive field of high-class jockeys and Thoroughbreds from around the globe. The signature race is a fan favorite and one of the highlights of the Hong Kong racing calendar.

Author’s note: Both the Pegasus World Cup Invitational, inaugurated in 2017, and the Saudi Cup, currently the world’s richest horse race, which debuted in 2020, made an immediate impact in Thoroughbred racing here in the U.S. and a half-world away. Both events are lucrative and rewarding opportunities for trainers and owners but are still too new to be considered a classic on the level of these other events.