These 11 have sired the most Breeders' Cup race winners 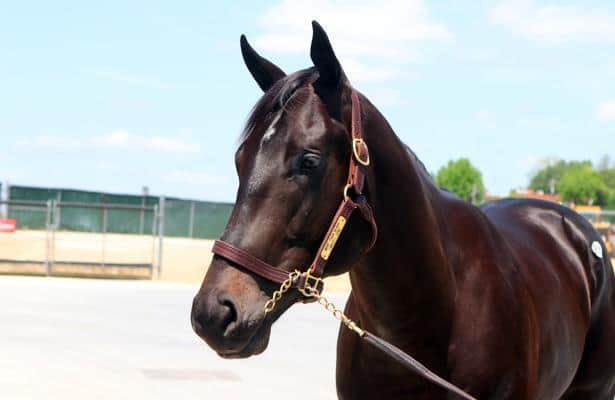 For the second time in five years, Del Mar will host the Breeders’ Cup World Championships. This year’s running is the 38th edition and will be conducted Nov. 5 and 6.

The Breeders’ Cup, first run in 1984 as a single-day affair offering up seven races, has now evolved into a two-day premier spectacle featuring 14 races. Although thoroughbred racing is conducted year-round in the United States, the Breeders’ Cup generally is regarded as the conclusion of the North American racing season and factors heavily into determining year-end champions in several of the Eclipse Award categories.

Over the 37-year history of the Breeders’ Cup, there have been 361 races that have produced a total of 362 winners. (There was a dead-heat in the 2003 Turf between High Chaparral and Johar). A total of 223 sires are responsible for having produced the 362 Breeders’ Cup winners.

Before we get into the full breakdown, here is a fascinating statistic. Two former top European racehorses, now both deceased, Sadler’s Wells, and his son, Galileo, have each sired four winners in the same event (Breeders’ Cup Turf). The latter sire could make it five with a quartet of runners in this year’s edition.

Of those 223 sires, 144 have produced a single Breeders’ Cup winner. Forty-four sires claim a pair of winners, while 18 proud fathers boast a trio to their credit. Six sires have managed four winners.

We are now left with the elite of the Breeders’ Cup sires. There are seven sires that have won with five of their progenies, while three sires have produced six winners, but only one horse stands alone at the top with a record seven Breeders’ Cup wins by his offspring.

The lone sire to have seven winners in Breeders’ Cup races is More Than Ready. A winner of his first five starts as a juvenile in 1999, the son of Southern Halo then went on to win the 2000 Kings Bishop Stakes (G1) as a 3-year-old and finished fifth in that year’s Breeders’ Cup Sprint before being retired after his sophomore season. More Than Ready finished in the top three in 12 of his 17 lifetime starts, including seven wins. Obviously, he has had a prolific career in the breeding shed.

With sons Hit the Road and Slipstream, as well as daughters, Bubble Rock, Consumer Spending and Koala Princess entered in this year’s Breeders’ Cup, More Than Ready has more than a fair chance to add to his total.