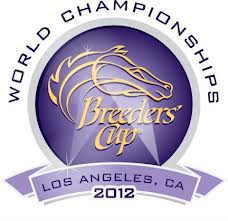 The second running of the $500,000 Juvenile Sprint on Friday kicks off the 29th edition of the Breeders' Cup World Championships from Santa Anita. Fifty percent of the field pre-entered for this race were fillies, including marquee names such as Kauai Katie and Beholder. Also pre-entered was filly Almost An Angel. However, after names officially passed through the entry box on Monday, all three girls opted for the later Juvenile Fillies race, changing the complexion of this event and leaving this six-furlong affair with a short field of seven horses. With the defections, a local based runner has inherited the role of the morning-line favorite. Let's have a closer look at the field from the rail out.

1-HIGHTAIL/Rajiv Maragh/D.Wayne Lukas--Colt has started eight times without winning. Has attempted graded company in four of those races and has yet to finish in the top three. In this small group, he could land a minor placing, but just don't look for him to break his maiden in this spot.

2-CEILING KITTY/John Velazquez/Thomas Dascombe--Filly comes across the pond to try dirt for the first time. Her breeding suggest it should help her handle the surface. Exits a 7th-place finish in the G1 Cheveley Park Stakes which featured some high class juveniles. Despite her recent placing, she was only beaten less than three-lengths for the win. Has won three out of her last five races, including the 5-furlong G2 Queen Mary Stakes at Ascot back in June, a race in which she defeated 26 other fillies!!

3-MERIT MAN/Pat Valenzuela/Bob Hess--With the absence of the marquee fillies, he was installed as ML favorite. Is now 2 for 2 following his win in the Tim Conway Stakes over the Santa Anita strip and distance, drawing off to score by over 5 lengths. This colt has flashed quickness in both starts and is piloted by one of the best gate riders in the sport. Thoses plusses should allow him to get to the front to lead this pack. On speed figures, his 92 Beyer earned last out is the fastest in the field.

4-SOUTH FLOYD/Ramon Dominquez/Doug ONeill--Won his maiden debut in style at Fairplex Park before finishing a distant runner-up to Merit Man next out in the Tim Conway Stakes. His Kentucky Derby/Preakness winning trainer is having a huge year and has also saddled three previous Breeders' Cup winners. Could this one make it four?

5-SUPER NINETY NINE/Martin Garcia/Bob Baffert--Seems this colt was aimed towards this race ever since winning very impressively at first asking. He battled the entire race and held on. NOTE: The win came at 7 furlongs. His form was then given a solid boost when the runner-up came back for an impressive win in fast time at Santa Anita last Saturday. In addition, his morning works have really been strong and Baffert's juveniles normally move forward in their second start. Therefore, respect must be given to this runner whose trainer won the inaugural running of this race last year.

6-HAZARDOUS/Edwin Maldonado/Carl O'Callaghan--This low level claimer has won two of his first three races, including a romp in his latest by over 13 lengths back in mid-October. That would be important if he was facing his own kind, but he's WAY out of his league in here.

7-SWEET SHIRLEY MAE/Joel Rosario/Wesley Ward--Was a maiden debut winner at Belmont back in May before faltering in the G2 Schuylerville Stakes at Saratoga during the summer. She bounced back nicely from that race with a rallying second in the G2 Spinaway behind the terrific So Many Ways. Having been freshened, she takes a class drop here and her works suggest she should be ready for a big effort. Trainer excels with juveniles, so look for this girl to have big chance coming down the stretch.

Juvenile races tend to be very formful and speed usually holds in sprint races at Santa Anita, which has me leading towards the home based runners. Merit Man and South Floyd dueled each other most of the way around the oval last time, before the former cleared off in the stretch suggesting there is just more to come. A repeat of that performance by the Hess charge would be tough to deny. However, another speed duel by the two rivals appears iminent and that should benefit Super Ninety Nine getting a nice stalking trip and waiting to take advantage of the hot pace this time around. The Baffert trainee offers strong competition and owns solid late-pace numbers. His speed figure from his Santa Anita debut is competitive with that of Merit Man and improvement in that department can certainly be expected. Cutting back a furlong from his maiden win shouldn't pose an issue. Sweet Shirley Mae drops in class from graded company to this ungraded event. She is trained by a juvenile specialist in Ward and has already beat the boys when debuting in the slop at Belmont. She has kept good company in her formlines. She owns the best late-pace figure in the field and will be rolling late. I'm not concerned that she's been away for more than 2 months, as her works clearly indicate she's ready, but I am a bit weary about the Santa Anita track surface. If it plays tilted to front-end speed as it usually does, then it may hamper her chances of winning with a late run.