Through the Lens: Scenes from Keeneland's Blue Grass Stakes Day

Last Saturday didn't start out as planned. I arrived to Keeneland around 7 a.m. to find out workouts on the main track had been canceled due to snow. To the training track I went, looking for horses who weren't afraid of the cold.

I captured the Bill Mott trainee Krampus in the midst of a lead change while galloping. The snow seemed fitting for the gelding, considering his name. 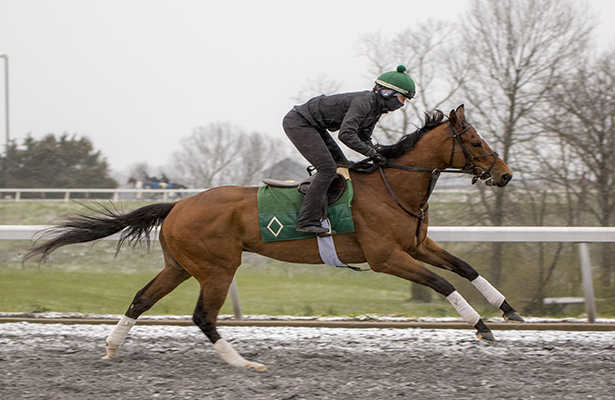 While the morning didn't pan out, the afternoon did! By Race 4, the sun was shining on our Old Kentucky Home.

Crosswalk, a homebred for Will Farish's Lane's End Farm, finished second in that event, an Allowance Optional Claimer. The colt had one of the best appearances in the paddock all day. The colt is trained by Neil Howard. 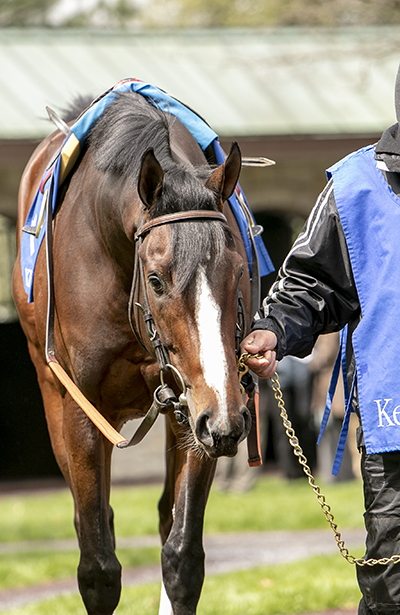 Next, the fillies lined up for Race 5, going two turns on the dirt. 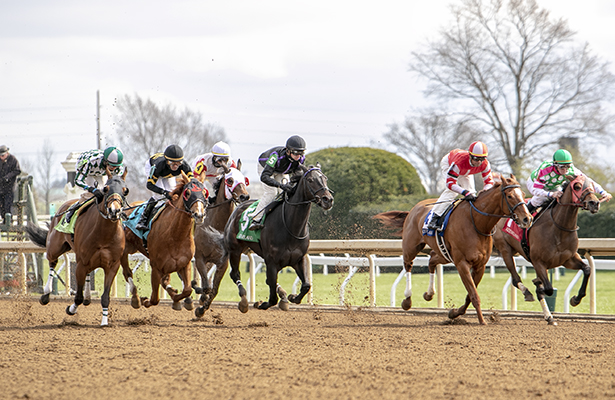 It was No. 9, Coco Channel who could not be denied. Her family has been producing winners and graded stakes placed horses for a long time. Coco Channel is a half sibling to horses like Pony Up (Aikenite), Goats Town (Dublin), and S'marvelous (Tiz Wonderful). 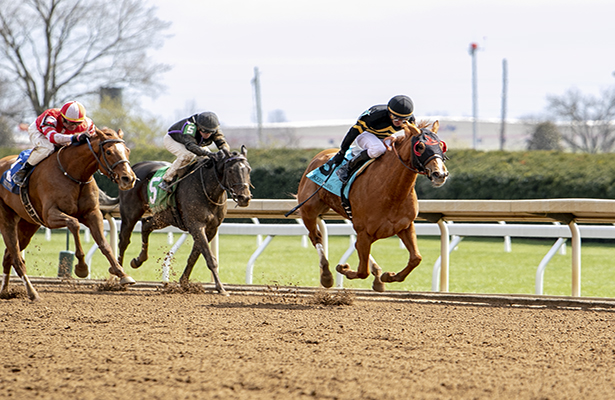 The first stakes race of the day was the Grade 3 Commonwealth. The race was for 4-year-olds and up. Warrior's Club took over in the stretch to win his first graded stakes. 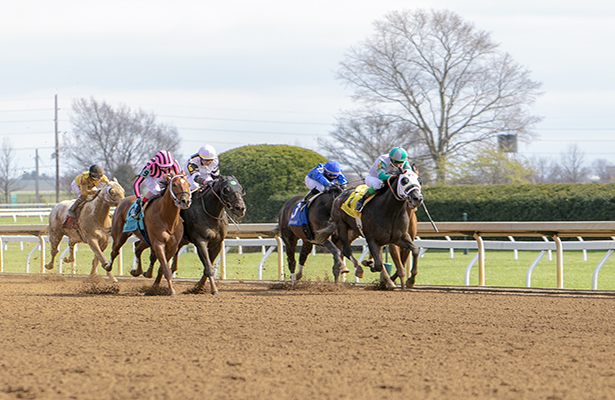 Following up was the Grade 2 Shakertown Stakes, the only turf race of the day that remained on the lawn. While Bucchero was returning to Keeneland in search of another graded stakes win, it was Wesley Ward's Bound for Nowhere who took the first place prize. The 4-year-old colt by The Factor was much the best, winning by four lengths. 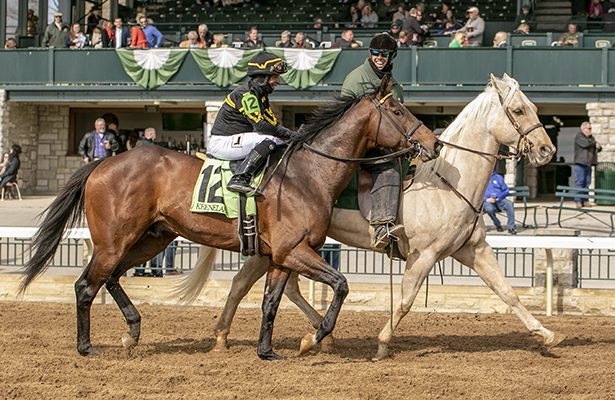 The first Grade 1 on the card was the Madison Stakes for older filly and mare sprinters. The race features some of the best older mares, including Finley'sluckycharm, who was coming back to Keeneland in search of her first win since the TCA Stakes last fall.

In a four-way photo finish, Finley'sluckycharm was able to hold off Lewis Bay, Happy Mesa, and American Gal to collect her first Grade 1 win. 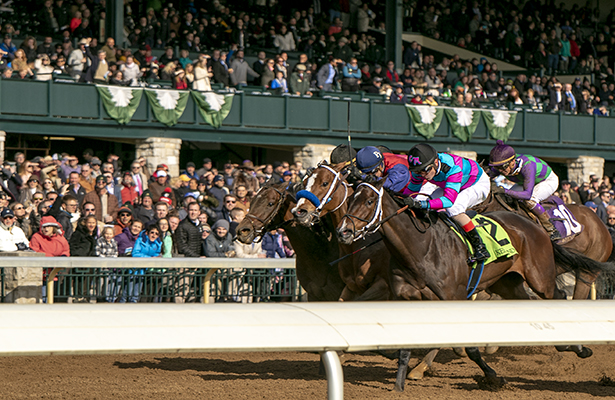 Finally, Kentucky Oaks points were on the line. The Brad Cox-trained Monomoy Girl was much the best in the Grade 1 Ashland Stakes and is the possible favorite for next month's Kentucky Oaks. 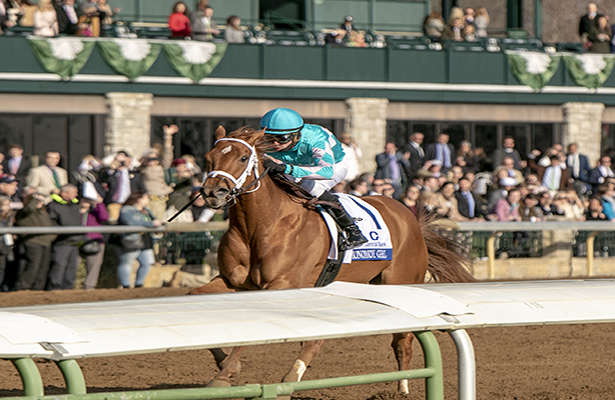 The day was coming to a close, and the biggest race was on deck: the Grade Blue Grass Stakes. A million-dollar purse and 100 points toward a start in the Kentucky Derby were on the line. For champion Good Magic, it was also a shot at redemption. He had finished third in the Fountain of Youth last month, but now it was time to prove he deserved the crown. 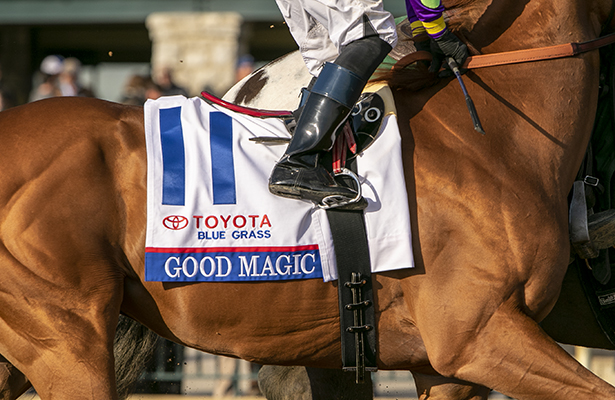 Many doubted the champion racehorse, but he proved once again he belongs with the best of his crop. He defeated Flameaway, who finished second, and Free Drop Billy, who was put up for third following a rider's objection and inquiry involving Sporting Chance. 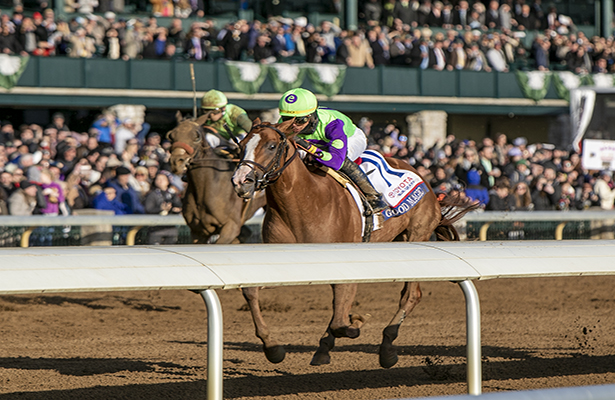 Jockey Jose Ortiz looked ecstatic as they were led into the winners' circle following their victory. Ortiz could very well have a very good shot at his first Kentucky Derby.

First Look: 7 'other' graded stakes this weekend
The Preakness Stakes is the center of attention th...