Preakness Stakes: Did You Know? 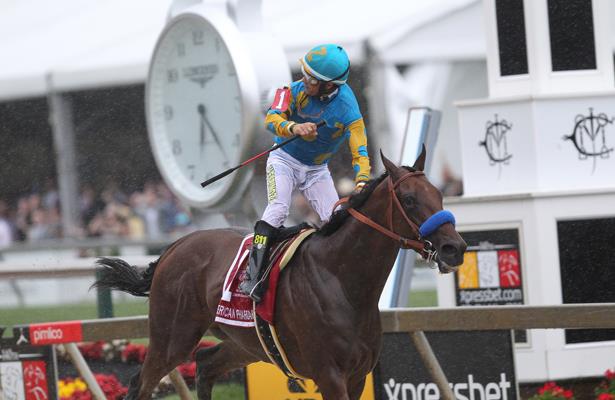 First run in 1873, the Preakness Stakes was named by a former Maryland governor after a winning colt at Pimlico.

The Preakness Stakes is two years older than the Kentucky Derby, running for the first time in 1873.

Secretariat, the 1973 winner, and ultimately a Triple Crown winner, was originally credited with a running time of 1:55. A hearing was held over the time discrepancy, where a video replay showed Secretariat reached the wire faster than Canonero II, the then-current record holder, so the time was changed to 1:53 2/5 (a new record). But instead of giving Secretariat the record, the Maryland Jockey Club decided to split the difference and make its official time that of Pimlico's clocker, who timed the race in 1:54 2/5. The matter was finally resolved in a June 2012 meeting of the Maryland Racing Commission, which unanimously ruled to change Secretariat's final time to 1:53 based on testimony and analysis of the race replays.

The largest margin of victory for a Preakness winner was 11 1/2 lengths, which was set by Smarty Jones in 2004 over Rock Hard Ten.

Eddie Arcaro is the only jockey to win 6 Preakness Stakes, including Citation, the 1948 Triple Crown winner.

Calumet Farm owned and bred all 7 of their Preakness winners. This included Triple Crown winners Whirlaway (1941) and Citation (1948). Their last Preakness winner was Oxbow in 2013

Five fillies have won the Preakness Stakes, the most recent being Rachel Alexandra in 2009.

Bob Baffert has won 6 editions of the Preakness, with three of them pushing Triple Crown attempts. Baffert finally captured the Triple Crown in 2015 in his 4th attempt with American Pharoah. He also campaigned Lookin at Lucky and Point Given (who went on to win the Belmont as well) to Preakness Stakes victories.