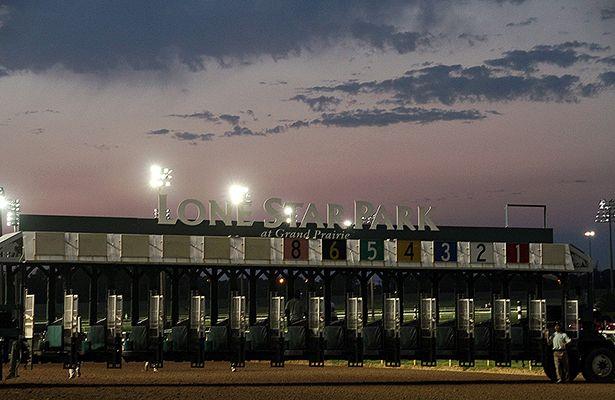 I’m back! I had a fantastic vacation, but it is good to be back home. Even with all the festivities of last weekend, I was able to catch a couple of the thrilling stakes, including another phenomenal performance by Lady Eli. This weekend looks to be another great one for handicappers and fans with 8 graded stakes and a large number of non-graded stakes across the country.

Lone Star Park promises to entertain with an average field size of 10. Saturday is Stars of Texas Night and will feature 4 stakes races for Texas-breds. These races might not be graded, but don’t let that fool you, as the fields are wide open and should provide some big action and value.  So let’s take a look…

Trainer W. Bret Calhoun has two entered in this race along with the meet’s best jockeys, usually this is a recipe for victory, but I will have to pass. Trainer Shea Stuart is having a fantastic meet and his filly Flyin’ Katnip just recorded a bullet 4f work. The 2nd and 3rd place runners she beat last time out went on to win their next starts, making her win even more impressive. I also like the fact that Deshawn Parker picks up the mount for this race who can press heavy favorite Fleet Grey from the inside early and often.

Race 6 on the card is for fillies and mares 3 years old and up. This stakes is a family reunion of sorts as 5 of the runners are out of multiple graded stakes winner Too Much Bling. Morning Line favorite Lasting Bubbles is the clear class of the field, but can be hard to a little hard to trust. She returns to her favorite surface and track where she has won 6 times. Sitting on the inside is Best Bling, who will be looking to prove to her name in this race. She has been steadily improving, with the exception of that last race over turf. I expect her to return to form over the dirt and may lead this race home with Mora aboard.

A great field of 11 will compete in the race to honor the homegrown 1946 Triple Crown champion. I have had the chance to see most of these runners either at Lone Star or Sam Houston and they are an intriguing bunch. I could go 4 or 5 deep here, but will try to limit myself to 3. I have to start with Fly the Red Eye. Since coming to the Calhoun barn, his dirt form has improved. He may be overlooked, but should be near the front throughout. Another talented Calhoun-trained runner is Supermason who is putting together an impressive 2015 campaign. He can win from on or off the pace which is a great thing to have when breaking from the 2 post. To complete the trio, I will look to Special U F O. This gelding won his only dirt start of the year and has flashed speed even in defeat. The cutback and return to dirt should do him plenty of favors.

With 19 starts among them, this field of 11 already has compiled 7 wins. Jet Over wired the field in his start at Churchill Downs this May earning his status as ML favorite. However, you know me, I love to beat the favorite and especially in a field like this. With a name like Chrome, it has to be good, right? Texas Chrome won his only start at LSP earlier this spring, but what is more impressive is his training. He has been working well and appears to love this dirt. I don’t think we will really get 10-1 on him at post time, but he should still offer a price.

Hope everyone has a great and winning weekend wherever you may be! We promise to put on a great show down here in the Lone Star State! 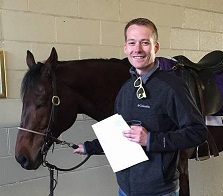