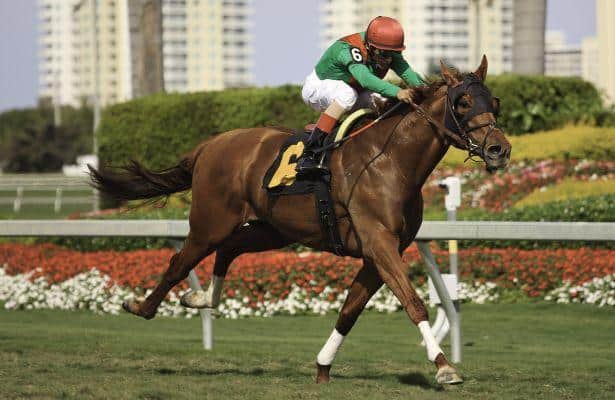 We're back with another round of trending topics and top Tweets!

Gotta love the ultimate multi-tasker himself D. Wayne balancing his hot fudge sundae on his catalog in the pavilion. #NothingStopstheCoach

You guys, I'm really excited for the #WoMile Draw, but let's be real: I'm also stoked to get into these desserts: pic.twitter.com/oRG1YPRqNy

We are very pleased to announce the arrival of Geri in Kentucky...thank you for everyone who made this happen!... http://t.co/QVVaeZ7ULO

Congrats to Dogwood and @GaryContessa on the Carolinian win. Good to see those green blinkers worked for someone.

Our hearts are with the fans and connections (@TeamZenyatta) of brilliant Mentor Cane this morning.… http://t.co/gAtd2ULuKD

Nation Tweets collects all the best horse racing posts from social media and presents them to you here, all in one place!

Found a great horse racing Tweet/meme/gif/whatever?
Share it with us or email it to mail@horseracingnation.com!