More voters see Tiz the Law as the Top Thoroughbred 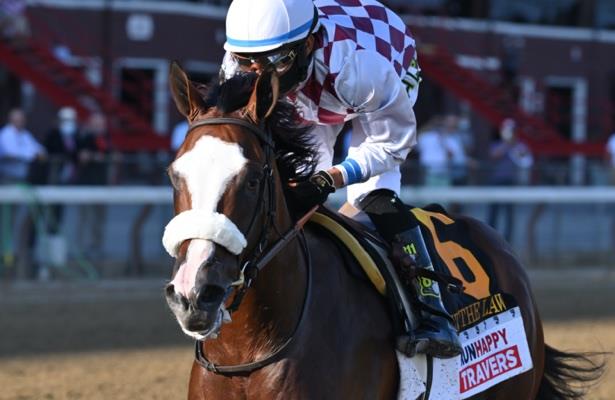 In the latest NTRA Top Thoroughbred Poll, there are now 12 voters who feel that that Tiz The Law is not only the best 3-year-old, but also the top racehorse in the country after his 5 1/2-length victory in the 2020 Travers (G1).

If you have read this column recently, you know that this voter has put Tiz the Law in the top spot on his ballot since April 20. That was after the poll returned from a three-week hiatus during a period when all the major racetracks were closed because of the Covic-19 pandemic.

At that time, the Sackatoga Stables runner had won the Holy Bull (G3) and the Florida Derby (G1) as he prepared for the Run for the Roses. The Older Male division was in turmoil as drug charges against trainer Jason Servis left Maximum Security in a cloud of uncertainty.

Then, there were only one or two others who agreed with me and voted Tiz the Law as their No. 1 horse.

As the major tracks reopened with revised stakes schedules, Tiz the Law stayed in training ready to run at his next opportunity in New York, and that turned out to be the Belmont Stakes on June 20 at a mile and an eighth. It was another Grade 1 victory for the son of Constitution, who won the first leg of the new 2020 Triple Crown by more than three lengths.

The other high-profile horses were back racing. Midnight Bisou and Tom’s d’Etat registered big victories and attracted the top votes from most of the media members, at least at that time. However, as Tiz the Law prepared for his start at Saratoga, those two were upset at the upstate New York track on Aug. 1.

The Travers would be the third Grade 1 victory of the year for Tiz the Law, raising his 2020 record to a perfect 4 for 4. According to speed figures and the time of the race, it was one of the best performances of the year.

For his win in the Midsummer Derby, Tiz the Law received a 109 Beyer Speed Figure, the highest of his career.

Among 3-year-olds, the 109 BSF is second to only the 110 that Gamine earned when she won the Acorn (G1) by more than 18 lengths at Belmont Park in June. It is also tied for the best figure for all horses racing on the main track at a mile or more with Tom’s d’Etat in the Stephen Foster (G2) at Churchill Downs in June.

Tiz the Law is likely to be the biggest favorite in the Run for the Roses in many years, which was indicated when he closed at even money on Sunday evening in the final Kentucky Derby Future Wager of the year.

As a result, Tiz the Law received nine more No. 1 votes this week from people such as my HorseCenter co-host Brian Zipse, Tom Law of the Saratoga Special, Bob Ehalt of Blood Horse, and Santa Anita oddsmaker Jon White.