Shifman: Bricks and Mortar had his chance at NTRA's No. 1 spot 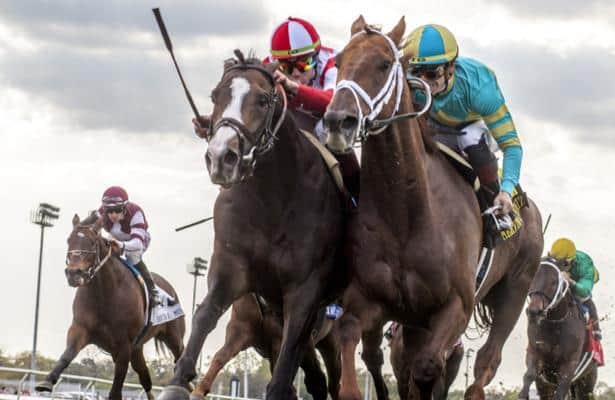 With another victory expected by Bricks and Mortar in the Muniz Memorial (G2) at Fair Grounds Race Course this past weekend, I was prepared to move him to No. 1 on my NTRA Top Thoroughbred Poll ballot.

But the race turned into a fierce head-to-head battle with the 62-1 shot Markitoff. A victory by Bricks and Mortar showed plenty of courage, but the place horse had not won a race in more than a year, even though he had been competitive in graded stakes company this year for Mike Maker.

Bricks and Mortar did beat all of the aforementioned top turf horses, though the narrow margin of victory forced me to reconsider this week’s lead horse.

Bricks and Mortar did earn a 102 Beyer Speed Figure which is the second highest of his career and the victory gave him his second graded stakes victory of 2019.

Still, I just couldn’t help but think back to how impressive City of Light was in the Pegasus World Cup (G1). Thus, I left him in the No. 1 position and will await another horse to come along with two graded stakes victories this season and wow me.

Bricks and Mortar did move up one spot and pushed Battle of Midway down to third on my Top 10.

The fact that five horses received at least one first-place vote from the panel of 43 voters this week is an indication of how wide open the Horse of the Year race is at this point.

Unpredictability continued on the Kentucky Derby trail when the favorites War of Will and Mucho Gusto both lost. War of Will sustained an injury when his back legs went out from under him a few steps out of the gate in the Louisiana Derby (G2). Mucho Gusto was beaten when the pace and the distance were too much for the Bob Baffert trainee in the Sunland Derby (G3).

Along with the upsets of Game Winner and Improbable last week, it made for a tough decision as to which 3-year-old on the Derby trail belonged in my Top 10. This week Omaha Beach, who beat Game Winner, got the nod.