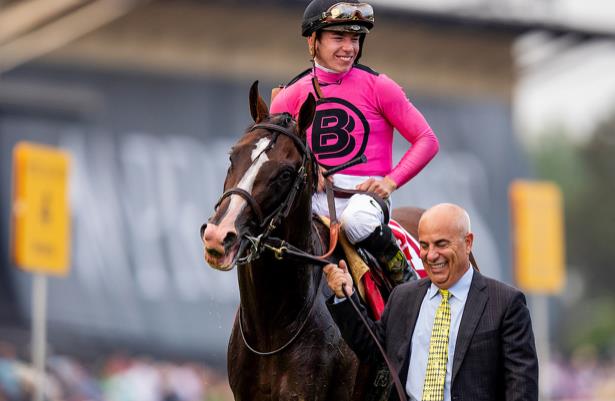 None of the horses in either the latest NTRA Top 10 Thoroughbred Poll consensus list or in my Top ballot raced last week, so there was no significant movement in the rankings.

So let's take pause and discuss the 3-Year-Old Male division, which has produced the Horse of the Year in three of the last five years and six times since the turn of the century. We're halfway through the season, and there's no dominant candidate for that honor in 2019.

Preakness winner War of Will and the disqualified Kentucky Derby winner Maximum Security are likely to continue racing this year. But the official Derby winner Country House and the Belmont Stakes victor Sir Winston both appear to be done for the season.

Next, Owendale and Mr. Money are the hottest 3-year-olds on the track as of late.

Owendale has run three big races in a row at three different tracks. He won Keeneland's Lexington (G3), finished a highly rated third in the Preakness Stakes, and this past Saturday won the Ohio Derby (G3). Trainer Brad Cox now has a decision to make: continue on the summer derby circuit, or try races such as the Haskell (G1) and Travers (G1)?

Mr. Money, on the other hand, has thrived while racing at his home track of Churchill Downs. The son of Goldencents scored open-length victories in the Pat Day Mile (G3) on Derby day, then returned on Stephen Foster night to win the Matt Winn (G3). Trainer Bret Calhoun will stay close to home for the Indiana Derby (G3) on July 13.

At this point, a victory in the Breeders’ Cup Classic would seem to be a requirement for any of the 3-year-olds to win the 2019 Horse of the Year award.

Here's a glance at the NTRA Top Thoroughbred Poll: