Shifman: My NTRA Top 10's a tribute to Battle of Midway 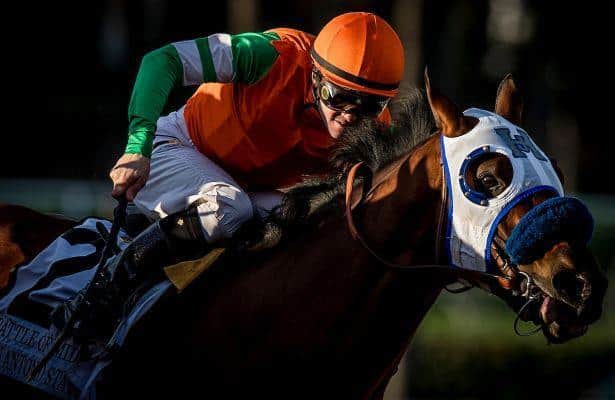 Although my ballot for the latest NTRA Top Thoroughbred Poll did not change, my decision-making process was an emotional one considering the untimely death of Battle of Midway after a training mishap on Saturday morning.

Battle of Midway has held the No. 2 spot in my poll since his courageous victory over McKinzie in the San Pasqual (G2) back on Feb. 2. After much thought, I decided to honor the Jerry Hollendorfer trainee with the same respect that I have been giving City of Light, leaving both former racehorses 1-2 because I believe they've delivered the best performances of the year thus far.

Just as I didn’t let retirement drop City of Light from recognition, Battle of Midway will continue to get my vote until better achievements come along on the track and supplant the Top 2.

I do want to give a nod of approval to the way that fellow voter Marty McGee, from the Daily Racing Form, decided to deal with his Top 10. Im case you didn’t see his Tweet of explanation:

As a tiny personal tribute to Battle of Midway and all other Thoroughbreds who lose their lives the way he did, I'm voting him No. 1 in the @NTRA poll this week. Have had City of Light on top, but with this being an "off" week, it's about time to retire him anyway.

We can all take a little bit of comfort from the fact that Battle of Midway did get five mares in foal during his time at stud last year. Three of them have reportedly been born, and we can look forward to their own racing debuts a couple of years from now.

Perhaps he'll be remembered most for a victory in the 2017 Breeders' Cup Dirt Mile. Returned to racing after that unsuccessful stint at stud, Battle of Midway continued to prove himself as a racehorse, finishing out of the exacta just once in an additional six races with three wins.