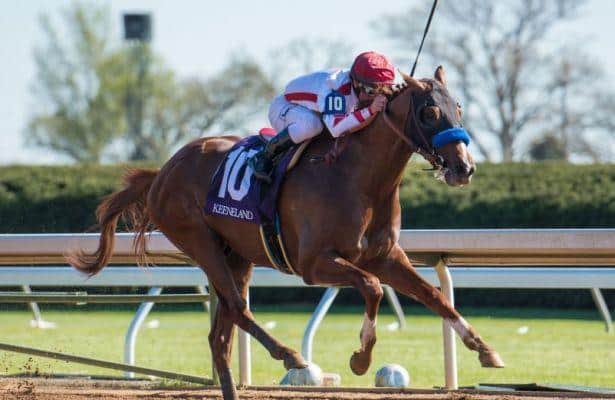 If you are looking for the winner of the 2016 Preakness Stakes, there is little reason to look beyond the horses that just ran on Kentucky Derby weekend at Churchill Downs. There is always a lot of talk about the new shooters in the field at Pimlico, but you can pretty much forget about them. Since the year 2000, only twice has a horse that skipped the Derby or Oaks ended up the Preakness winner.

2015 (5) – Last year the Preakness field numbered eight and of course American Pharoah at odds of .90-1 won the second jewel of the Triple Crown. Five of the eight had run in the Derby. Second and third places did go to two of the new shooters in Tale of Verve and Divining Rod, who both had made their prior start at Keeneland, and they rounded out a hefty $2 trifecta that paid $985.

2014 (3) – California Chrome was one of three from the field of ten who had been in the Derby. Chrome was part of a Derby runner exacta that was completed by Ride On Curlin, the seventh place finisher from the Run for the Roses.

2012 (6) – Eleven horses went in the gate from this Preakness and six of them came from the Derby. I’ll Have Another backed up his win on the First Saturday in May, Bodemeister got another Triple Crown second, and Creative Cause got third, improving over his Derby fifth place performance.

2011 (5) - A full field of fourteen assembled with five coming from the Derby. Shackleford, who finished fourth in the Derby, won the race at big odds of 12.60-1 beating Animal Kingdom and producing a $2 exacta payout of $114.80.

2010 (5) – There were twelve in the gate in 2010, and five came from the Derby. Lookin At Lucky got the win after having a bad trip at Churchill Downs when he had to break from the number one post-position.  Super Saver, the Kentucky Derby winner, faded to finish eighth.

2009 (9) – This was the year of the filly and even though Rachel Alexandra did not run in the Derby she did win the Kentucky Oaks. So including her in the count, nine of the thirteen Preakness starters completed on Derby weekend. With Rachel on top and three Derby runners next, they swept the first four spots in the Preakness. Derby winner Mine That Bird got second. At nice odds Musket Man and Flying Private helped boost the trifecta and super.

2008 (2) – In 2008, Derby runners were in the minority with only two in the field of twelve. Big Brown headed to Belmont Park with a shot at the Triple Crown after winning the Preakness at odds of .20-1 by more than five lengths.

2007 (4) – Four horses came from the Derby including the top three finishers. Those three once again took the top three places, although this time Curlin was the winner after running third in the Derby and Street Sense was second.

2006 (3) – Bernardini won the Preakness after skipping the Derby. Some may want to put an asterisk by his name because this was the year that the unbeaten Derby winner Barbaro broke down shortly after leaving the starting gate. Sweetnorthernsaint, who finished seventh in the Derby came in second at Pimlico.

2005 (10) – This was a full field that was filled with 10 Derby runners who ended up taking six of the first seven places. It was the year that Afleet Alex clipped heels with Scrappy T and almost fell, but quickly recovered and went on to victory. Giacomo, the long shot Derby winner, got third place.

2004 (5) – Smarty Jones continued his unbeaten run with his Preakness win by more than eleven lengths other three future millionaires: Rock Hard Ten, Eddington, and Lion Heart. The other four Derby runners ran out of the money.

2003 (4) – Funny Cide showed no signs of being tired after his Kentucky Derby victory when he defeated the Preakness field of ten by 9 ¾ lengths.

2002 (4) – The Derby winner, War Emblem, was able to head to Belmont Park looking for a Triple Crown for Bob Baffert and Victor Espinoza. Local long shot and new shooter Magic Weisner got second place and two other Derby horses finished third and fourth.

It is tough for the new shooters to win the Preakness because they are stepping up in class significantly to face those that have just run in the Derby, which is the toughest grade one race of the year for the three-year-olds. In a sense in the Preakness, the Derby runners are in an easier spot just because there are no longer 20 horses in the race, while the new shooters are facing Derby horses that have gained valuable experience in that race. With the advent of the Derby points system, some of the new shooters already rank below the twenty that were in the Run for the Roses.

Although the new shooters have not won the Preakness very often, they have at times hit the board and often they did it at very long odds triggering healthy exotic payouts. Horse like Magic Weisner, Tale of Verve, Divining Rod, First Dude, Icabad Crane, Scrappy T, and Midway Road have helped to light up the Preakness tote board.

Thus on Preakness Day, look for the winner of the race to come from the Derby, but don’t be afraid to use some of the new shooters in the exacta, trifecta, and super along with those who made their last start in the Run for the Roses.

» Horse: Mine That Bird
» Horse: I'll Have Another
Meet Matt Shifman