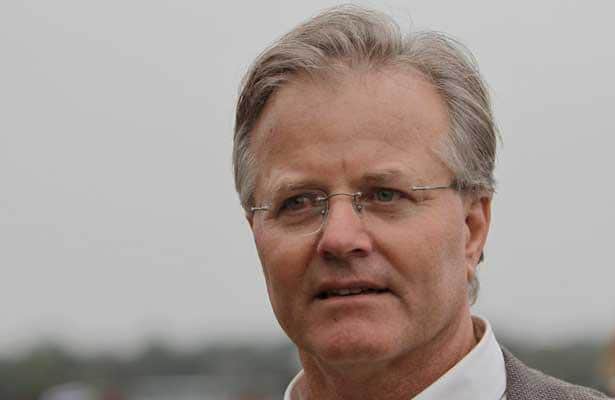 We all know Bill Mott as one of the great American Hall of Fame trainers. He's won the Eclipse Award for Outstanding Trainer in 1995, 1996, and 2011. Yet, Mott has not fared well in the Kentucky Derby. Mott is a trainer who is known to not push his young horses to get to the races quickly, and thus he has had only 7 career Derby starters and none of those have hit the money.

Mott was the trainer of 1995 and 1996 Horse of the Year Cigar and he orchestrated the sixteen race win streak. Mott also trained champions: Ajina, Royal Delta, Escena, Paradise Creek, Close Hatches, and Theatrical. Since he won his first graded stakes race in 1984, Mott has added over 400 more graded victories. That total includes nine Breeders’ Cup victories and all of his wins amount to more than 4,500.

His best Derby finisher was in 1998 when Favorite Trick, who was the 1997 Horse of the Year as a two-year-old for trainer Patrick Bryne, finished 8th as the 4.40-1 second choice. Favorite Trick was transferred to Mott’s barn for his three-year-old campaign. That same year Mott saddled 50-1 longshot Rock and Roll, who finished 14th.

This year Mott has two late developing colts that give him a chance to again have two horses in the gate on the First Saturday in May. The connections of Tiz Shea D and Dubai Sky have seen fit to pay the $6,000 late nomination fee for the Triple Crown series that was due this past Monday, March 23rd.

Tiz Shea D has run only twice in his career and both have come this year. His maiden victory at Parx on Feb. 7 was so impressive that an ownership group of Wachtel Stable, Brous Stable, and Gary Barber purchased this son of Tiznow from trainer John Servis’ barn. A month later Tiz Shea D finished second in the Gotham (G3) behind the far more experienced horse, El Kabeir. Very quickly Tiz Shea D had earned 20 Kentucky Derby qualifying points prompting his owners to pay the $6,000 and head to the Wood Memorial on April 4th. By previous standards 20 points has been enough to get in the Derby starting gate.

barn. This son of Candy Ride has already won four races in five starts and has earned $439,080 and enough points (50) to be guaranteed a spot in the Kentucky Derby field. The owners, Three Chimneys Farm and Besilu Stables, did not hesitate to pay the late nomination fee after his very impressive victory in the Spiral Stakes (G3) at Turfway.

Dubai Sky is a full brother to Twirling Candy, who was a multi-graded stakes winner of just shy of $1,000,000. Mott started Dubai Sky in August in Saratoga where he finished third, the only time that he did not find the winner’s circle. Dubai Sky has stayed in training since then with three straight turf victories including the listed Kitten’s Joy at Gulfstream.

From there it was on to Turfway Park, the Derby trail, and the Polytrack. That day, Dubai Sky had an appearance in the paddock that matched his outstanding performance on the track. Shortly after the Turfway triumph Mott announced that he would ship this three-year-old to Churchill Downs to train on the Kentucky Derby’s dirt surface, and if he takes to the track, he will run for the roses.

I was lucky enough to attend the most recent races of both of these colts. I liked Tiz Shea D before the Gotham and he did not disappoint. This son of Tiznow has plenty of room to improve. If the versatile Dubai Sky takes to the dirt in the same kind of way that he took to the polytrack, Hall of Famer Bill Mott just might have his best two chances to contend for a Kentucky Derby victory.