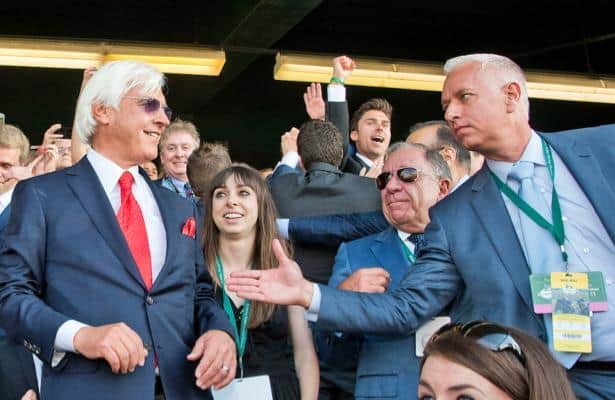 As it stands now, 13 trainers are sending out the field of 20 in the 2021 Kentucky Derby. A quick look at those trainers shows three who have won 10 Derbies between them, four Hall of Famers – including Todd Pletcher, who will be elected this summer – three rookies and seven who are looking for their first victory.

When you examine the career record of the trainers in the 2021 Kentucky Derby, you have to keep in mind that the race happens only once a year and that there is a field of 20. Thus, most trainers’ Derby stats are going to look very poor in comparison to their regular record or even to their Breeders’ Cup performance. Steve Asmussen is a perfect example. He has won 21 percent of his starts, producing more than 9,200 victories with Breeders’ Cup stats of 61: 7-8-3. But his Derby record [21: 0-2-2] pales in comparison to the rest of his Hall of Fame career.

Below the Kentucky Derby trainers are listed with their career records in the Run for the Roses, 2021 Derby runner(s), and their best results.

A win by Medina Spirit would make history, with Baffert becoming the winningest trainer in Kentucky Derby history. It also would give Baffert back-to-back victories for the second time, which has happened only six times in the history of the Derby.

Only 13 of this year's trainers have won two Kentucky Derbies in their careers.

Todd Pletcher [55: 2-2-4] – Known Agenda, Bourbonic, Dynamic One, Sainthood - This year, for the fifth time, Pletcher will have four starters in the Derby. His first winner, Super Saver in 2010, was in one of those years. The first four times, one of his starters finished in the trifecta. His other winner, Always Dreaming, came in 2017, a year that he had three runners in the field.

Doug O’Neill [6: 2-0-0] – Hot Rod Charlie - O’Neill has an impressive Derby record with a 33 percent winning percentage with the victories of I’ll Have Another in 2012 and Nyquist in 2015. Even though he is a trainer who likes to take chances in stakes races across the country, he has been much more selective about running in the Derby. Hot Rod Charlie will be his first starter since 2017.

A Derby win by either Pletcher or O’Neill would put them in the elite company with only other two trainers who have three victories in the Run for the Roses.

These seven trainers continue to seek their first win in the Kentucky Derby. Together they have a record of [43: 0-3-2].

Steve Asmussen [21: 0-2-2] – Super Stock, Midnight Bourbon – His seconds came in 2011 with Nehro and in 2017 with Looking At Lee. He got third-place finishes from Curlin and Gun Runner, horses that went on to be Horse of the Year.

Chad Brown [5: 0-1-0] – Highly Motivated – Brown’s presence in the Run for the Roses began in 2013, when Normandy Invasion ran fourth. His most recent runner was Good Magic, who finished second in 2018 behind Triple Crown winner Justify.

Mark Casse [8: 0-0-0] – Helium, Soup and Sandwich – Although the Hall of Fame trainer has won the Preakness and the Belmont Stakes, his best result in the Derby came in 2017, when Classic Empire was fourth.

Don’t be concerned if your Derby horse is conditioned by a rookie; a significant number of trainers won the race in their first try. And it has happened eight times since 2000. John Shirreffs and Chip Woolley won with the long shots Giacomo and Mine That Bird. The list also includes John Servis with Smarty Jones, Art Sherman and California Chrome, and Barclay Tagg with Funny Cide.