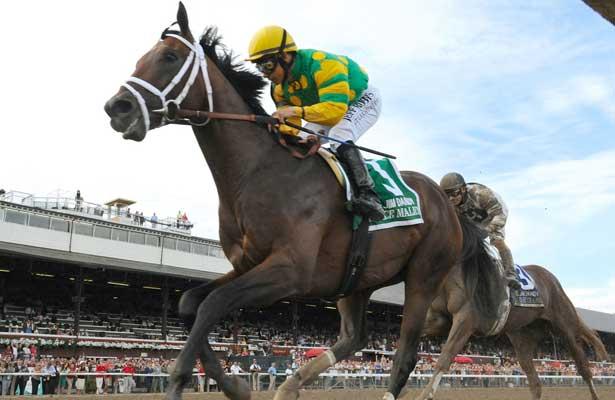 Photo: Eclipse Sportswire
How often is there an eleven race card in which the smallest purse is $90,000? In addition, the first six races on that card do not include a stakes race. This describes Saturday’s Whitney Day card at Saratoga.
The card boasts total purses of $3,137,000 that includes three grade one stakes and two $100,000 overnight stakes. The smallest field is eight for the Vanderbilt with seven of the races having full fields.

Analysis of the All-Stakes Pick Four, which is being offered on the last four races of the card, follows the race descriptions. 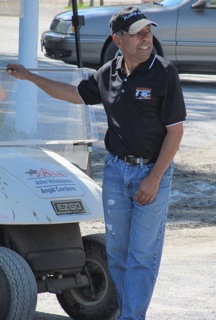 Race 8 - $350,000 – AGVndbtH – G1 – 3YO and Up – 6 furlongs
This field of eight is the most challenging in the Pick 4 sequence with virtually all of the horses having a chance to win the Vanderbilt. If I was pushed to narrow my choices, the best I could do is to eliminate the 2, 3, and 4. However, I am going to use the ALL button here because I have standout picks the rest of the way.
Race 9 - $500,000 – Test – G1 – 3YO – Fillies – 7 furlongs
12 entered
The full field in the Test has plenty of early speed and sets up for my top choice, #7 Sweet Reason. I will single Sweet Reason on three of my tickets and spread on another ticket using her with the other likely closers, #3 Sweet Whiskey and #6 Street Story.
Race 10 - $1,500,000 – WhitneyH – G1 – 3YO and Up – 1 1/8
9 entered
If I was asked to select the top horse in this Pick Four it would be #5 Palace Malice. Even in this very strong Whitney field Palace Malice is a stand out. His perfect four performances in 2014 make him the best horse in the country right now. The Dogwood runner won the Met Mile by impressively beating Goldencents, who is the defending Breeders’ Cup Dirt Mile winner. Palace Malice is clearly is a better horse at longer distances. I will spread on one ticket with #1 Will Take Charge, #4 Itsmyluckyday, and #6 Departing.
Race 11 - $100,000 – LureB 100K – 4YO and Up – 1 1/16 – TURF
14 entered with 2 MTO
In the Lure, #4 Big Blue Kitten will make his 2014 debut for the Ramseys and trainer Chad Brown. This son of Kitten’s Joy towers over the other runners in this full field and will be a single on three tickets. With the others very evenly matched I will spread and use seven horses [3, 4, 5, 6, 8, 10, 12] on another ticket.
Here is my four ticket All-Stakes Pick Four play, which costs only $60:
If you prefer a one ticket play in the Pick Four, I offer this to you:
Good luck and enjoy the great racing on Whitney Day at Saratoga.
Sweet Whiskey Sweet Reason Palace Malice Will Take Charge Pianist Dayatthespa Street Story Itsmyluckyday Departing Royal Son Cordero Big Blue Kitten Todd A. Pletcher Chad C. Brown Saratoga Race Course Whitney Whitney (2014)