2016 Kentucky Derby: Pletcher Under the Radar? 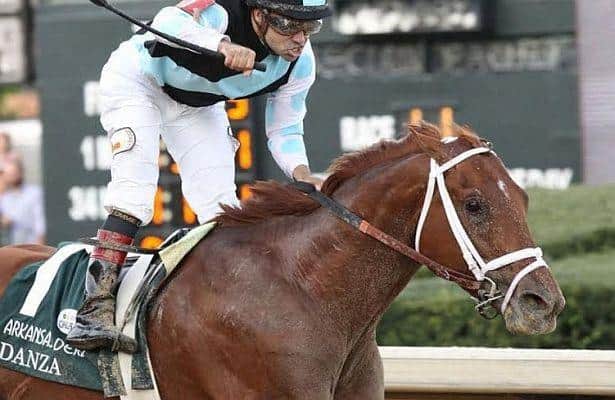 With 105 days left until the 2016 Kentucky Derby and the first wave of prep races known as the Kentucky Derby Prep Season nearly complete, America’s leading trainer is flying under the Run for the Roses radar. More simply put, can you name a 2016 Derby prospect from the barn of Todd Pletcher?

At this point Pletcher has only one three-year-old that has earned any qualifying points and that is Destin, a half brother to Creative Cause, who picked up one point for his fourth place finish in the LeComte Stakes (G3) at the Fair Grounds. That probably should not come as a surprise because Pletcher did not even have a starter in the just past Breeders’ Cup Juvenile at Keeneland.

Since the Kentucky Derby Point system began in 2013, Pletcher has been a force on the Derby Trail. In past years when all was said and done he had picked up more than his fair share of points.

One thing that we have learned from the points system is that the winners of the 100 point races in the Kentucky Derby Championship Series are the major players when the gates open at Churchill Downs. The 2013 Derby winner Orb took the Florida Derby, in 2014 for California Chrome it was the Santa Anita Derby, and last year American Pharoah won the Arkansas Derby.

Pletcher has also targeted those 100 pointers the past three years. In 2013 he had wins with Verrazano, Wood Memorial; Overanalyze, Arkansas Derby; and Revolutionary, Louisiana Derby. The following year it was Danza in the Arkansas Derby and Constitution in the Florida Derby. Last year Carpe Diem won the Blue Grass and Materiality took the Florida Derby.

Should we be concerned that Pletcher will not be represented in this year’s Kentucky Derby? Maybe not. At this point last year he had only two horses with points: Carpe Diem 14 and Daredevil 10. Carpe Diem would be in the field on the first Saturday in May as the 7.70-1 third choice. In the end in 2015 there were three Pletcher starters in the gate at Churchill Downs.

In 2016 Pletcher’s sophomores seem to be particularly late developing and most certainly are not getting as much attention as usual. If he is going to get into this year’s Kentucky Derby he is going to have to win the 50 and 100 point preps with these under the radar runners.

Gettysburg is by last year’s Derby sire Pioneerof the Nile and he broke his maiden at Gulfstream on Jan. 9 while going nine furlongs making his third start. The margin of victory was 4 ½ lengths for this $425,000 yearling purchase.

Prospectus broke his maiden at first asking at Gulfstream Park West in November and has since finished third and second in allowance races at Gulfstream, most recently behind his promising stablemate, Zulu. Prospectus is also by Uncle Mo.

Rally Cry also won his maiden at Gulfstream while going two turns. It was his second career start on the day after Christmas. A son of Uncle Mo, he sold for $160,000 as a yearling and then for $250,000 as a juvenile. His dam Alienated produced the grade one placed filly Alienation. Rally Cry is entered in an allowance race on Jan. 23 at Gulfstream.

Stradivari is a son of Medaglia d’Oro who broke his maiden on Dec. 5 at Gulfstream Park in his second start after a fourth place finish at Aqueduct. He won that mile and sixteenth race by 11 ¼ lengths. Stradivari is out of the multi-graded stakes winning mare Bending Strings.

Zulu may have the brightest future of all. Zulu is a son of Bernardini who initially sold for $400,000 as yearling and brought $900,000 as a two-year-old. Zulu broke his maiden at Gulfstream in December and came right back to win an allowance by 7 ¼ lengths. Pletcher plans to start Zulu next in the Fountain of Youth (G2) on Feb. 27, where this Stonestreet Stables and Magnier runner could win 50 Derby qualifying points. Watch his recent victory below.