Who needs the official photo when you have Ryan Thompson?

Bearing frigid temperatures and snow flurries, the Hawthorne Racecourse photographer on Sunday night captured one of the sport’s rarities — a triple dead heat — from the angle we’re opposite to seeing.

Using a remote camera under the rail, his shot captured Picky Picky Valor, Keep the Cash and Skyway Jaylo hitting the wire together in the 10th race of a harness racing card.

That folks will be a triple dead heat @ClubHawthorne pic.twitter.com/bFBTjQeCZ2

Jim Miller, Hawthorne's director of publicity, added this on the photo: "We are lucky to have the best track photographers in the industry IMO. @RyanFromChicago started race 10 w/ pic from turf, ran to set up this camera on ground at wire then crossed track to catch finish. Effort rewarded with this shot of triple dead heat @ClubHawthorne." 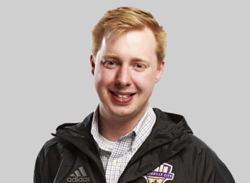 Editor at Horse Racing Nation, Jonathan has a slight addition to Twitter and the ongoing conversations surrounding racing. Often, that leads to some worthwhile content that doesn't always get seen by the masses, hence this blog.
Look for Best of the Web to feature that viral video clip or photo, perhaps a connection's tweet, and those racing stories that simply deserve sharing.