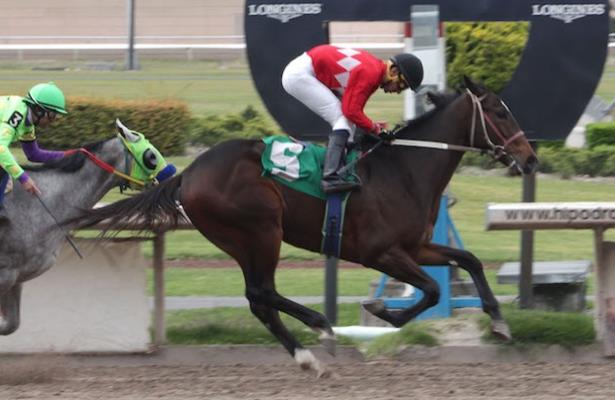 Gulfstream Park will once again host the Clasico Internacional del Caribe, the Caribbean and Latin America’s premier racing event. Five races comprise it, capped by the $300,000 Caribbean Classic for 3-year-olds.

Last year’s Caribbean Classic winner Jala Jala returns to take a crack at the $100,000 Confraternity Caribbean Cup Stakes, carded for 1 ¼-mile for 3-year olds and up. Now 4-years old, the filly is as good as ever, having lost just once since romping in last year’s race at Gulfstream. A victory would make her the first filly to win the Clasico's premier race for both sophomores and older horses. Jala Jala's main competition will come from Puerto Rican-bred Exclusivo. The 5-year old Warrior’s Reward horse is 17: 15-0-1 lifetime and riding a 15-race winning streak. No one has come close to beating the multiple graded stakes winner recently.

Mexico also sends out undefeated Kukulkan in this year’s 1 1/8-mile Caribbean Classic. By Point Determined, Kukulan is his home country's Triple Crown winner and, as with Jala Jala, is trained by Fausto Gutierrez. He has won 14 straight in similar fashion to Exclusivo. Bukowski is the most likely to upset Kukulkan. The Big Prairie colt is 8: 5-2-0 and also a multiple grade one winner.

Los Alamitos hosts a pair of juvenile grade ones

While the Los Alamitos Futurity will not retain its Grade 1 status moving ahead to 2019, for now the race will bring both prestige and points toward the 2019 Kentucky Derby should the winner continue successfully down the trial. Bob Baffert sends out a pair of undefeated colts, Improbable and Mucho Gusto, who will bookend the field from the rail and the far outside, respectively. Both earned 100 Equibase speed figures in their last outings, with Improbable winning the one-mile Street Sense Stakes at Churchill Downs and Mucho Gusto taking Del Mar's seven furlong Bob Hope (G3). At 6-5, Improbable was made the favorite over Mucho Gusto. Four others complete the field.

Meanwhile the Grade 1 Starlet Stakes will retain its status into next year. The dual stakes winner and half-sister to Triple Crown champion American Pharoah, Chasing Yesterday, headlines the Starlet, also for Baffert. She will be stretching out from seven furlongs to 1 1/16-miles and will face stablemate Mother Mother and Mike McCarthy’s Vibrance, both of which are Grade 1-placed. Chasing Yesterday ran seventh in the Spinaway (G1) in her graded debut, and depending on whether you’re an optimist or a realist, could be a false favorite.

Baffert, meanwhile, has won all four runnings of the Futurity since its move from Hollywood Park, and he swept both it and the Starlet in 2017 with McKinzie and Dream Tree.

A newcomer to look out for

Trainer Tom Albertrani will send out first-timer Birdy Num, a 2-year old Tapit filly out of Kentucky Oaks heroine Believe You Can, in Aqueduct’s fifth race. Two of the filly’s last four works have been bullet moves, and she should take a good amount of money for no other reason than breeding alone. Birdy Num was a $1 million purchase out of the 2017 Keeneland September Yearling Sale.