Making cases for and against 7 fillies in Grade 1 Starlet 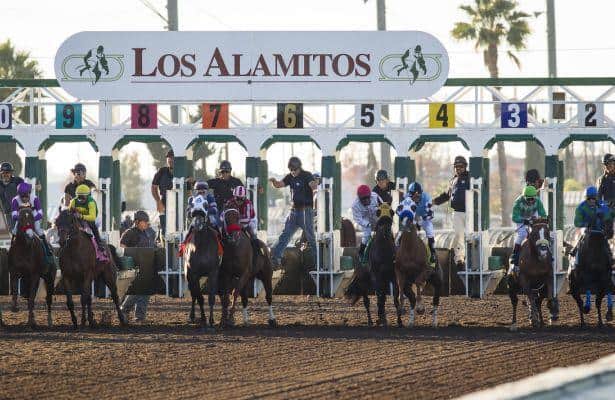 A field of seven fillies was entered for the $300,000, Grade 1 Starlet at 1 1/16 miles, led by Bob Baffert’s impressive maiden winner Faiza.

The race offers Kentucky Oaks (G1) qualifying points on a 10-4-3-2-1 basis to the top five finishers. Fillies trained by Baffert, however, are ineligible for points because he is under suspension from Churchill Downs because of the late Medina Spirit's positive drug test from the 2021 Kentucky Derby.

Baffert has won the last five editions of this race (and eight overall) with Dream Tree, Chasing Yesterday, Bast, Varda and Eda. Drayden Van Dyke, who will ride Tim Yakteen’s Blessed Touch, was aboard for four of the last five wins. Other notable winners of the Starlet include Abel Tasman, Take Charge Brandi, Blind Luck, Habibti, Cara Rafaela and Serena’s Song, among others.

Abel Tasman, Blind Luck, Sardula and Goodbye Halo are the only four fillies to turn their Starlet wins into triumphs in the Kentucky Oaks (G1).

Here is the field for the 2022 running of the Starlet.

Doinitthehardway. By Street Sense and out of the Awesome Again mare Virtuoso, Doinitthehardway is still a maiden for trainer Bob Baffert. Despite her maiden status, this filly has never been worse than third but was bested by Fast and Shiny in her debut. In her most recent start, in which she earned a field-highest last-race Brisnet speed rating of 92, she was beaten by Grade 1-placed Ice Dancing, who was a maiden herself until Nov. 25. Ramon Vazquez will be aboard the filly for the first time. Baffert is winning at a 26 percent clip with second-time routes, at 31 percent with second off the layoff, and at 26 percent in graded stakes. Contender.

Classymademoiselle. By Malibu Moon and out of the Bluegrass Cat mare Brush Strokes, Classymademoiselle also is still a maiden. She has raced six times with her best effort being a placing, losing by a nose, at Del Mar two starts back. By her Brisnet Speed Ratings, her best races were her debut and her most recent race, both of which garnered her a 75. But her last race was on the turf and she finished seventh, beaten by 8 1/2 lengths. Pass.

Faiza. By Girvin and out of the Smart Strike mare Sweet Pistol, Faiza was an impressive debut winner for Baffert. She seized the lead by the second call and went on to win by 3 1/2 lengths under Flavien Prat. Baffert and Prat, who will be aboard again for this race, are winning at a 40 percent clip together. Baffert also succeeds at a 33 percent rate with last-race maidens and 29 percent with first-time routers. Although Faiza has raced only at 6 furlongs, her most recent work was a seven-furlong move in 1:25, the fastest for the distance that day. Contender.

Fast and Shiny. By Bernardini and out of the Lion Hearted mare Spotted Heart, Fast and Shiny debuted a winner for Baffert. She hasn’t done much of note since then. She finished fifth, beaten by 20 lengths, in the Del Mar Debutante (G1). Baffert then tried her on turf with no real success. She finished fourth, beaten 2 1/2 lengths, in the Surfer Girl (G3) and then finished sixth in her most recent race, also on turf, in an optional claimer. Abel Cedillo will be her fifth jockey in as many races. Pass.

Uncontrollable. By Upstart and out of the Include mare Behavioral, Uncontrollable debuted a winner for Michael McCarthy. That race was restricted to California-breds, and so was her second start in the Generous Portion, where she finished second. Most recently she finished second to And Tell Me Nolies in the Chandelier (G2) at double-digit odds, beaten by just 3/4 length. That race also was contested at 1 1/16-mile, giving her an advantage over the rest of the field. Contender.

Pride of the Nile. By Pioneerof the Nile and out of the Hard Spun mare Inny Minnie, Pride of the Nile has raced exclusively on turf. She debuted in the Del Mar Juvenile Fillies Turf and finished fourth. She then put together back-to-back wins in a maiden race and an allowance optional claimer. Previously trained by Doug O’Neill, the Starlet will be her first start for new trainer Leandro Mora. He is winning graded stakes at a 20 percent rate but has been shut out with winners last race and is succeeding with first-time starters for him at only a 10 percent clip. The filly’s pedigree does suggest dirt wouldn’t be a problem, so she could be one to keep an eye on. Use underneath.

Blessed Touch. By Girvin and out of the Street Boss mare Blushing Touch, Blessed Touch was fifth on debut for trainer Tim Yakteen. She bounced back smartly to win at second asking by 8 3/4 lengths and was then second in the Desi Arnaz to well-regarded Justique. Her Brisnet Speed Rating dropped from 98 in her second start to 82 in the Desi Arnaz. But that 98 speed rating is the best in the field. If she runs back to that form two starts back, Blessed Touch could be a legitimate win contender.

Doinitthehardway, Faiza and Blessed Touch all do best on the lead. Classymademoiselle and Fast and Shiny like to run on or near the pace. Pride of the Nile is a pace presser, and Uncontrollable is a one sustained run type. By the numbers, Blessed Touch has the best Brisnet Speed Rating in the field and Doinitthehardway has the best last-race speed rating. But Faiza completely outclassed her debut field and was in hand late in the stretch. Two-year olds can be hard to predict, but considering that this is Bob Baffert territory, you have to give the nod to his string.