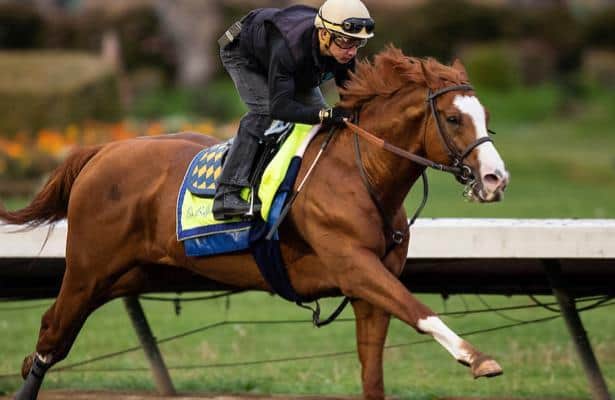 Due to the temporary halt of racing at Santa Anita Park, the Rebel Stakes (G2) attracted 19 entrants, many of them from the West Coast, and subsequently split into two divisions worth $750,000 apiece and offering 75 percent of the original $1 million Rebel's Kentucky Derby 2019 qualifying points.

Before diving in, note that over the last 10 years, we’ve seen a transformation of the Rebel Stakes into a display of California speed, with Bob Baffert's charges winning six of the last eight editions. Pace pressers have won four of the last 10 Rebels, while pace-setters won three. Late running closers have hit the board in the last three editions.

Laurie’s final thoughts:  I’m not going to get creative this time looking for a longshot winner. Baffert owns this race, and Improbable’s outside post is to his benefit. He can get a clean trip settling off the pace. The distance is well within his scope, so going wide shouldn’t bother him, and there’s not much in here to challenge him. I think just 80 percent of his top fitness would still get him the victory. Galilean, to Improbable’s inside, can go to the lead or sit off what could be a contentious pace. He’s Improbable’s biggest threat.

Ashley’s Final Thoughts: I have to agree with Laurie here. There’s no reason to get cute with this field. Improbable is by far the class and will need things to seriously go against him to lose.